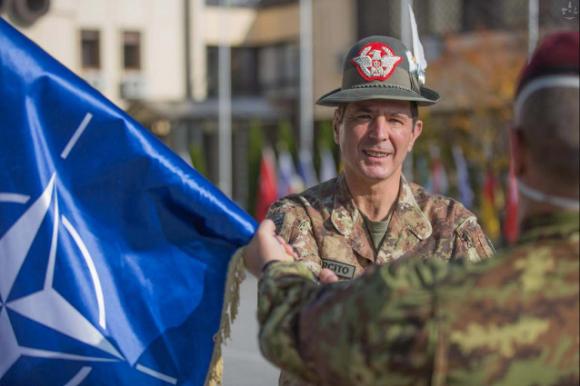 Army Major General Franco Federici is the new commander of the NATO KFOR mission in Kosovo. In his farewell address, General Michele Risi first of all thanked the 3.500 soldiers for their contribution to the success of the mission. “Looking back over the past 12 months, I clearly remember my words from November 19, 2019, when I accepted the honor, privilege and responsibility of becoming the XNUMXth commander of KFOR. I chose 'Enduring Stability' as our motto, to emphasize that our task during what is NATO's longest-running mission would have been to resist any challenge to Kosovo's stability and security ", declared the outgoing commander.

"Since the outbreak of the pandemic caused by COVID-19, KFOR units have continued to work to ensure safety and freedom of movement for all citizens of Kosovo, adopting all the preventive measures recommended by the World Health Organization in order to to protect the KFOR military and local communities ", added General Risi.

KFOR also impartially supported all local institutions engaged in combating COVID-19 through donations of personal protective equipment, while facilitating assistance initiatives by NATO countries and partners. A great deal of effort was also made in the field of education, carrying out numerous projects in favor of young people.

During General Risi's annual mandate, KFOR further strengthened cooperation with local institutions, the international community and all security organizations, with the aim of fulfilling its mandate set out in United Nations Security Council Resolution 1244 of 1999. At the same time, the NATO mission contributed to promoting inter-ethnic coexistence and developing a safe environment in which to advance the dialogue between Pristina and Belgrade.

In this regard, General Risi highlighted the role of KFOR in favoring the compromise between the institutions in Kosovo and the Serbian Orthodox Monastery of Decane, achieved thanks to the mediation of the Italian ambassador in Kosovo Nicola Orlando, aimed at protecting the cultural heritage religious and at the same time supporting the economic development of the municipality of the region.

Admiral Robert P. Burke, commander of the NATO Joint Force Command in Naples, thanked Major General Risi for the important results achieved during his mandate, then welcoming General Federici, wishing him the best for his new post as XNUMXth commander of KFOR.

General Federici then underlined the importance he will attribute to teamwork and cohesion: “Having a common vision together with other international organizations and institutions in Kosovo will be essential for the success of the KFOR mission. The new motto of the mission will in fact be 'As one we progress' ".

100 days were particularly intense those just passed by the European contingent in Somalia, in which it is ...
20
Read

The change at the top of the Joint ... was held at Camp Arena, headquarters of the Italian contingent in Afghanistan ...
265
Read

Two new important deliveries of health items, clothing and toys in favor of Caritas and a ...
57
Read

Returned last August 12 to the Ali Al Jaber base in Kuwait, replacing the Italian Eurofigther of the Task ...
837
Read

The 40th howitzers battery of the 1st land (mountain) artillery regiment of the "Taurinense" alpine brigade is ...
1045
Read 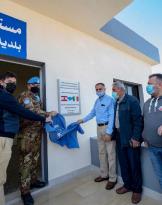 A new medical clinic has been inaugurated in Qallawiyah, in southern Lebanon, by the military of the contingent ...
124
Read 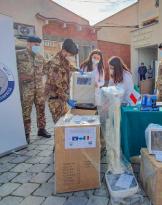 Digital electrocardiographs, defibrillators, oxygenators and numerous other electromedical devices have been donated ...
97
Read 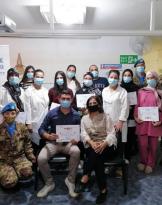