Horn of Africa: rotation of the Force Protection component 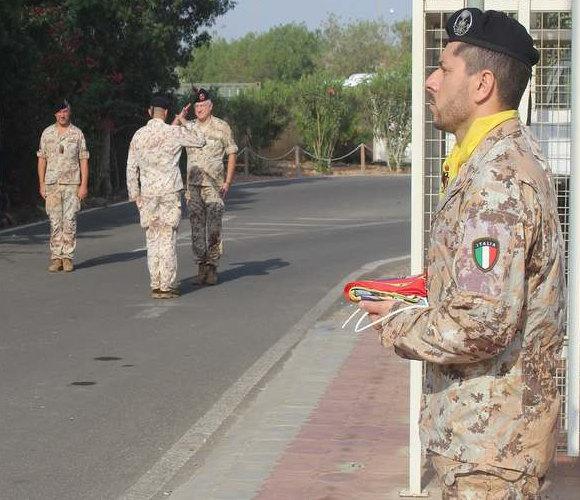 Yesterday, 28 March, at the Italian Military Support Base (BMIS) of Djibouti, at 08:00 the rotation ceremony of the Force Protection component took place among the men and women of the 16th wing of the Air Fusiliers Air Force and of the 121st artillery regiment c / a Ravenna.

The "passing of the baton" took place with a short but intense and significant ceremony during which the banner of the Air Riflemen of the AM was lowered in the presence of a representation between officers and non-commissioned officers of the AM and hoisted that of the 121st regiment Ravenna.

In his speech, the commander of the Italian Military Support Base, with the. Gennaro Scotto di Santolo, greeted the alternating soldiers, underlining the fundamental importance of the role played by Force Protection both in ensuring the security framework for the military installation and for the qualified and irreplaceable contribution in the activities to combat COVID-19, with the constant monitoring of those who daily access the grounds and with the carrying out of periodic disinfection interventions of the Base areas and those of execution of the MIADIT training activity.

The col. Scotto di Santolo, in wishing a good and fruitful work for the delicate task entrusted to the incoming platoon of the 121st Ravenna, expressed his deep appreciation for the excellent contribution provided by the Fusiliers of the Air who with determination, ability, pragmatism and availability worked for three months in the Gibutian Theater.

La Italian Military Support Base (BMIS) in Djibouti, led by Colonel (EI) Gennaro Scotto di Santolo, provides logistical support to all national components in transit on the Gibutian territory engaged in the Horn of Africa and the Indian Ocean, with particular reference to the MIADIT Somalia Missions, EUTM Somalia and EUNAVFOR ATALANTA.