Home Military world A new crisis in the Crimea?

A new crisis in the Crimea? 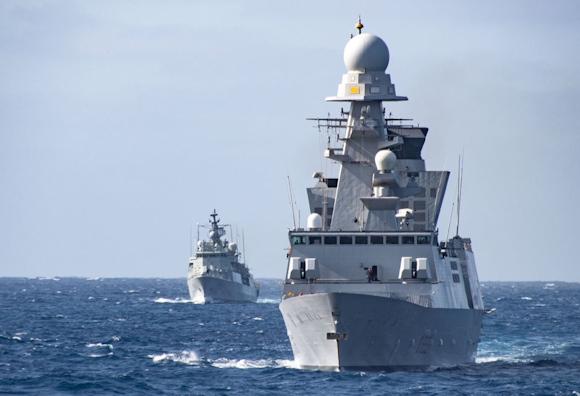 The naval maneuvers of the US Navy, the Ukrainian Navy and many other navies, including those of NATO, began yesterday, June 28, in the framework of the multinational exercise Sea Breeze 2021 in the Black Sea. At least 10 naval units, 32 aircraft and about 40 soldiers will be engaged until 5.000 July.

The naval exercise began a few days later "the accident”(Next frame) which involved the Royal Navy destroyer HMS Defender and Russian air and naval forces of Crimea. One wonders how often BBC envoys are aboard British units ...

The Ukrainian chief of staff, Admiral Oleksiy Neizhpapa, said that "These exercises will take place in the northwestern part of the Black Sea, in three regions of Ukraine and will aim to maintain peace and stability in the area".

The Ukrainian Defense Minister added that the goal of Sea Breeze 2021 is to "Conducting an international maritime security operation in a region in crisis, according to NATO standards".

Obviously, Russia sees these maneuvers very badly. According to the Kremlin, the exercise represents a clear provocation and a violation of international law. 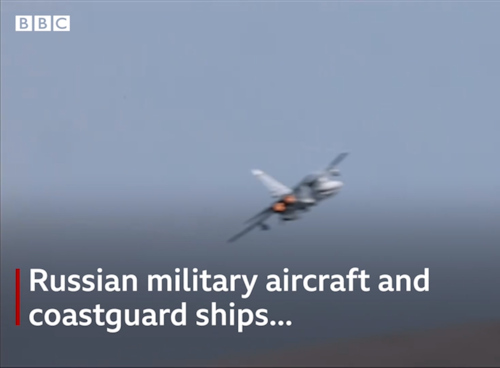 In response to Sea Breeze 2021, the Russian Armed Forces launched an exercise to test their A2 / AD capabilities in Crimea. Such bubbles anti-access systems consist mainly of S-400 and surface-to-air missile batteries Pantsir. In addition, about twenty Su-24 fighter-bombers were also deployed.

"The Black Sea Fleet is taking a series of actions to monitor the movements of NATO ships and those of other countries participating in Sea Breeze 2021, "the Russian Defense Ministry said.

However, and at the same time, Russian forces have launched a major anti-ship drill in the Eastern Mediterranean, where the Carrier Strike Group 21, which is an embarked attack group based on the F-35B aircraft of the RAF and the Marine Corps.

On 25 June, two MiG-31Ks, equipped with the Kh-47М2 hypersonic air-to-surface missiles (see article), landed in Syria, more precisely in Hmeimim, where Russian forces have an air base. At least three Tu-22M3 bombers were added, probably armed with Kh-22 and / or Kh-32 anti-ship missiles. The Tu-142MK and Il-38 anti-submarine warplanes were also sent to the region, along with an A-50 "Mainstay" airborne detection and command aircraft. Su-35 fighters are also present in the device Flanker-E and Su-34 tactical bombers Fullback.

It should be noted that the Russian device operates in the same area where the attack group of the British aircraft carrier HMS is present Queen Elisabeth, which carries out missions for the benefit of the US-led anti-jihadist coalition. For this task it can dispose of 18 F-35B STOVL fighter aircraft, of which 8 belong to the 617th Squadron of the RAF and 10 al Marine Fighter Attack Squadron.

After the decommissioning of the M551 Sheridan tank, which took place in the mid-90s of the last century, the US Army ...
12993
Read

The director of the Kredmash mechanical plant in Kremenchuk would have confirmed (source Komsomol'skaja Pravda) that ...
6341
Read

For a long time, Difesa Online has emphasized the importance of acquiring (and maintaining) artillery pieces, monotube and ...
22087
Read

British Army Chief of Staff Sir Patrick Sanders says the invasion of Ukraine by the ...
12089
Read

During the last world war the Panzerkampfwagen V Panther, having solved the initial mechanical problems, was ...
27238
Read