Home Military world On the way to the LOCKDOWN: the first bus ... 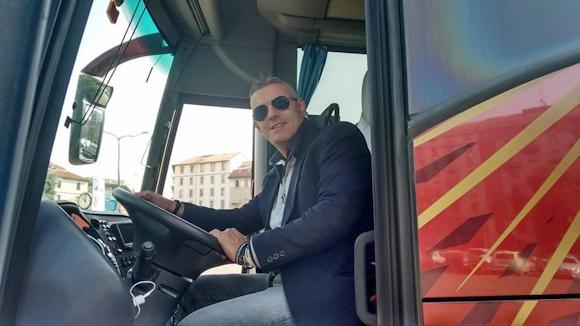 Asphalt paving of the Capitoline streets and garbage are among the most recent organizational emergencies where - without institutional embarrassment - it was thought well to fish in the hat the military solution, certainly the most organized and efficient. After all, we are living in a period where the succession of confusing Dpcm led Prime Minister Conte to consult Mr Ferragnez to raise awareness of the use of masks.
Activities, those of sanitation and maintenance, as we know customary and planned as well as budgeted in local authorities, but obviously something has slipped out of hand.

It is good to specify right now, in the antechamber of a possible new lockdown, that no one has talked about military buses to increase the runs of overloaded public transport at peak hours, but by virtue of the Dual Use - consolidated intervention system to protect the country - shouldn't it even be excluded in the current political landscape? 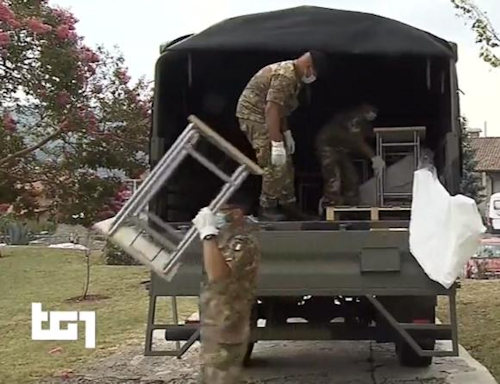 As you know the Italian Army with the Dual Use is often called upon to perform multifaceted tasks parallel to those for which it is intended (v.articolo), therefore it is able to guarantee the availability of men, means and equipment capable of operating in ordinary services to the population.

It is difficult to understand how mobility will continue with a lockdown, however, the obligation to reduce the bus capacity to 80% or even less, would send the sector into crisis given the scarce quantity of public buses available to increase frequencies.

The same number one of Asstra - association of public transport companies (local public transport, ed) - Gibelli, already claimed in September, that the interventions to reduce the bus capacity would translate into 275 thousand people a day left on foot or massed to the bus shelters waiting for another bus. Unhealthy idea with a virus in circulation. It should be noted that the problem was already foreseen in March and the private managers had advanced through the voice of their associations, efficient solutions to collaborate in the intricate world of public transport with the dual purpose of avoiding gatherings on board the buses and being able to work without burdening the tills. in derogation.

Guido Bertolaso ​​himself said: "They requisition the vehicles that are not used, with their drivers, and they are destined to do that service". In fact, this is not a seizure but rather a concrete response which has been long awaited for months by private managers who have been rebounded, in spite of efficiency, by the provincial mobility offices.

I spoke to Moreno Caldana, the founding member of FAI, one of the largest associations that group private rental buses, and his statements really make you think. 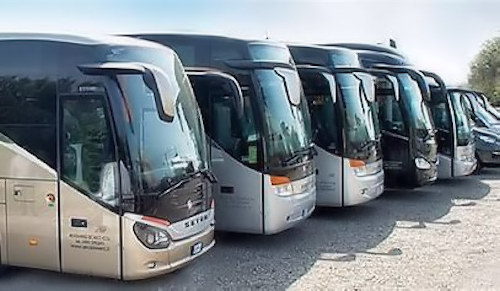 “In Lombardy (but the framework would be national) already in July, by virtue of the state of emergency, all members of the FAI had offered their buses to the provincial mobility agencies to run to the rescue of the foreseeable increase in buses that had become insufficient with the distancing. All with the guarantee of reimbursing the expenses for exercising the service. The answer was: we don't need! Only the Emilia Romagna region, run by Bonaccini, has accepted the help of private operators for some lines ".

In the confusion, one would wonder if there were any responsibilities on the part of those who had to foresee, in fact already in April there was talk of a second pandemic peak after September. A context that records decades of infighting between municipalities and regions over public transport funds, but also the presence in the crucial roles of political managers rather than professionals in the sector and perhaps too much hypocrisy when the best cure would consist in relying on those who do the work everyday.

However, the military is cheaper

Our military conductors, who recently parked the Astra ACTL under the canopies of the car squads after the delivery - in the media - of the wheeled benches, certainly would not back down in front of a call from the country, but it is good to clarify that it would sound like a solution of unfair competition given the wide availability of private operators. 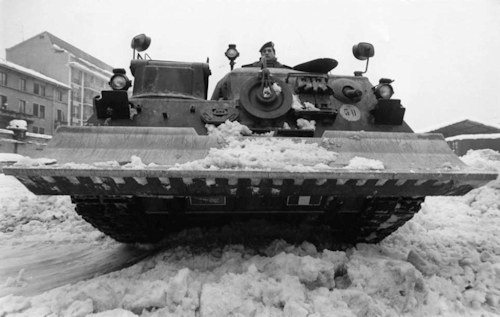 Having clarified this basic aspect, it would be, in its drama, truly compelling and patriotic (if there was an enemy other than Covid) to observe a collaboration of military buses in the scheduled service in the capitals rather than camouflage drivers on civilian buses. Attacks on staff would certainly cease.

As a result of national calamities, the armed forces have always given aid to the population by teaching, let us not forget, also to civil protection. In Milan during the snowfall of 85 the floats were affected Leopard (photo) to break the ice in the streets and, again by virtue of the state of necessity, it was women during the Second World War who replaced the men called to the front, for the operation of the trams.

We had talked about military buses a few years ago, but on the occasion of this emergency I tried to understand, albeit with a tight schedule, how many buses the Defense could deploy. The share, according to some confidence, would be around two buses per regiment to which would be added those stationed in the logistic centers and schools. A figure of almost a hundred would be assumed for the Army alone. However, it would be absurd to steal their means of collective travel from the military, forcing the Defense to pay further expenses, while it would be more reasonable to eventually employ military conductors on civilian buses, but in fact, even here the problem does not exist since there is no shortage of civilian drivers, if anything. labor policies are the problem to solve ...

Bus for humanitarian use

In addition to the 34 Irizar representative buses commissioned years ago by the Army and State Corps, they still have some gems such as Euroclass and 370 6-cylinder turbo and 8V aspirated, which are associated with the most modern Irisbus and to the little ones Cacciamali on Eurocargo mechanics, as well as at new entry of Sitcar on Iveco basis. During the transfer of migrants to Sicily, institutional buses were used if a civilian carrier was not available. However, the Prefectures have the right to order private carriers for emergency tasks, as happened in my case years ago when I worked in a company concerned for migrant transfers to the police station. On the occasion, I made several connecting trips with an Iveco Domino bus assigned to me, under escort.

I conclude provocatively while sharing the ecological and protected cycle paths, pointing the finger on the investments destined for scooters without rules. An outlay of 190 million, as underlined by General / Minister Costa who in an emergency they would have been useful elsewhere. I think it is more coherent, when a choice is immoral, to leave the table of a consultation.

The American military device, in recent years, is undergoing a profound restructuring in order to face ...
1370
Read

The fast multi-role vessel Project 02510 entered service on November 24 with the Baltic Fleet of the ...
1861
Read

The IRINI mission - launched last year by the European Union to support the UN embargo, aimed at blocking the ...
3327
Read

Only 5 years ago the Turkish press was promoting the new ALTAY national battle tank as the most modern MBT in existence ...
3557
Read

According to a press release released on November 23, 2020, Huntington Ingalls Industries Shipyards have ...
982
Read

After 48 years to protect the skies of Japan on November 20 they were officially withdrawn from service ...
1462
Read