Home Military world SMD wants the "cruise" but in the regiments of ...

SMD wants the "cruise" but in the infantry regiments they still use the SRCM! 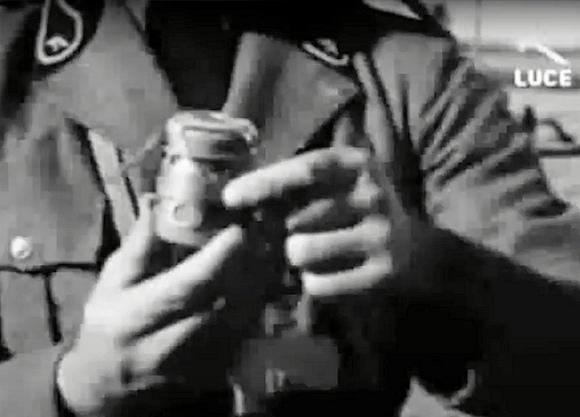 The interview of March 6, released to the Republic from the head of SMD, Admiral Cavo Dragone, is the umpteenth demonstration that few in Italy have really noticed the end of the recreation ...

The former Chief of Staff of the Navy, of course, expressed his thoughts on the progress of Russian operations in Ukraine, stating that: "Putin overestimated his own forces and underestimated those of the Ukrainians", hoping that, precisely because of these factors, the offensive will stall. Considerations, on his part, absolutely legitimate.

The admiral also adds that the lesson of the war in Ukraine should be taken to improve the equipment of our Armed Forces - "Minister Lorenzo Guerini has already given us clear and valid guidelines: he wants an integrated tool as an intermediate step to arrive at multi-domain operations". Then adding: “War requires rapid change. We are doing them for example in the management of the F-35B aircraft and the landing force ”.

On STOVL aircraft, Admiral Cavo Dragone says that “It is a question of flexibly exploiting the potential offered by these vehicles which can take off on very short runways and land vertically. This means using them on aircraft carriers but also on small austere advanced bases ". 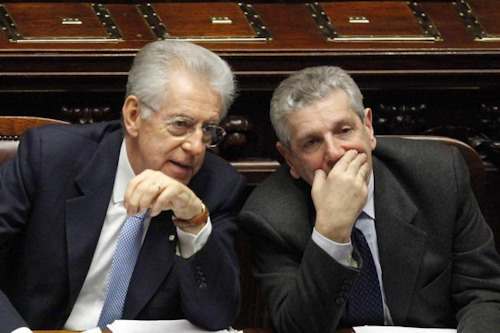 The problem is that, due to a suicide policy, we have cut from 131 to 90 aircraft (the Monti government with another former pilot, Admiral Di Paola, as the defense department). This not only caused us to lose almost 5 billion euros in orders for wing boxes for other European aeronautics (see article) but it has considerably reduced the operational capabilities of the on-board Flight Group. Indeed, too when the F-35Bs will have reached full operational capability (Final Operational Capability), the Cavour "aircraft carrier" will not be able to embark more than 8/9 of them (not to mention that the B version has no stealth, as indeed the version A of the Air Force).

Cavo Dragone also speaks of "advanced austere bases", but he should know that the F-35, being a very sophisticated machine, cannot operate from semi-prepared tracks (it's not a Harrier). This ability was the basis of the reasons given by the Italian Air Force for the acquisition of the STOVL version (15 aircraft). We will hardly see, apart from a few demonstration landings, Air Force F-35Bs operating from a naval platform.

The common factor - "We need to put these thirty machines in common" - of which the head of SMD speaks I think it will be a mere chimera.

Dragone also talks about the hypothesis of arming the new submarines with missiles cruise, protagonists of the Russian attack. “What we saw in Ukraine makes me even more convinced. An underwater vehicle whose position is unknown, but which can hit targets of high strategic value, has a deterrent weight in a crisis, in a confrontation or in a negotiation ". 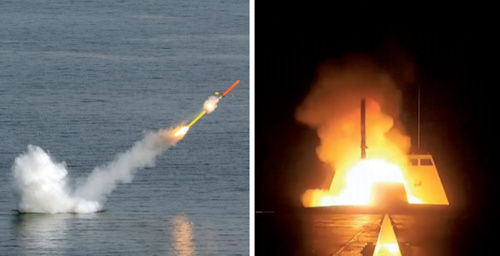 Very well, Online Defense has been suggesting it for some time. There was no need for the war in Ukraine to understand that a diving vessel armed with cruise missiles would be a deterrent in the event of an international crisis. It is a pity that it is not part of the projects of the current Parliament (we will see the next one).

Furthermore, in our opinion the U-212 series submarines would be too narrow (not to mention that this eventuality was not foreseen in the initial project) to carry cruise missiles (MBDA's SCALP NAVAL has a length of 6,5 meters and a weight of 1,4 tons). As for the surface platforms, at the moment, the units of the Navy (Bergamini e Doria) they do not have A70 vertical cells (VLS), so they would be unable to carry such weapons.

Let's leave out the part where the SMD boss talks about upgrading the tanks Ram, our readers know very well the thought of the magazine regarding this operation (read articles). We only allow ourselves to highlight the fact that, despite the article talking about "less than 200 vehicles", the reality is much more serious: the Ram operating, in the two armored / heavy brigades, would be about thirty!

So, in conclusion, Admiral Cavo Dragone talks about introducing new sophisticated weapons in our military device. Given the international situation, it can only find our support ...

However, we find it paradoxical to talk about cruise missiles when our infantry departments are forced to still use the SRCM 35 percussion hand grenades (from 1935! - opening photo) and the "dangerous" O / D-82SE (from 1982), with "not exactly high" security.

There is no trace of the new MF2000s, we believe because of the terrible accident that took place in December 2016 in the military plant of Baiano, in which a young worker was seriously injured by the accidental explosion of a bomb.

In our humble opinion, you cannot assume that you will acquire strategic weapons if you are unable to replace a hand grenade that has been in service for almost ninety years!

For a long time, Difesa Online has emphasized the importance of acquiring (and maintaining) artillery pieces, monotube and ...
2206
Read

British Army Chief of Staff Sir Patrick Sanders says the invasion of Ukraine by the ...
6274
Read

During the last world war the Panzerkampfwagen V Panther, having solved the initial mechanical problems, was ...
25041
Read

The conflict in Ukraine has "distracted" the magazine in recent months from continuing to deal with issues relating to the ...
6800
Read

A few weeks ago we mentioned how serious games (and among them war games) can help to understand ...
1772
Read