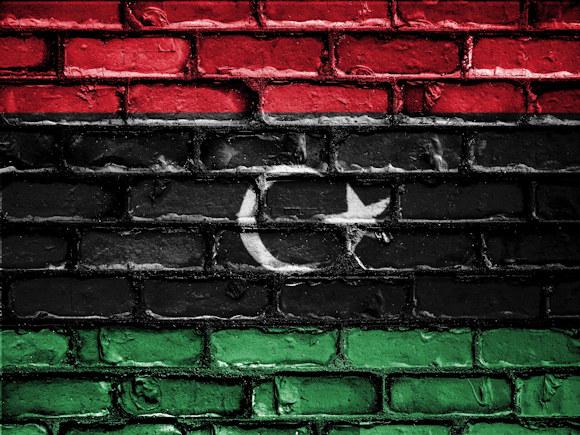 The Libyan geopolitical situation is one of the most complicated in the world. The conflict that divides the de facto country from the end of Gaddafi, not only sees two different factions opposed: that of the rebels led by Haftar, on the one hand, that of the Sarraj national agreement government (the only one recognized internationally) on the other , but also contemplates further internal divisions in the same areas of influence of the two governments, Cyrenaica and Tripolitania. Not to mention the Fezzan where the tensions between Tuareg and Tebu overlap the dispute between the tribes loyal to Al Serraji and those who support Haftar for the conquest of Tripoli.

If on the side of Haftar there is a large coalition that includes in addition to France, Egypt, Israel, Saudi Arabia, the United Arab Emirates and Russia, on the other, alongside Al Serraj, we find Qatar and Turkey (after the departure of Italy which until a few months ago formally supported the Al Serraji camp). The disparity in strength in Haftar's favor should have been instrumental in the fall of Tripoli. In this perspective, Italy had protected itself by seeking an rapprochement with the rebel general. But Tripoli was not taken, indeed it resists. If this has not happened, it is because Erdogan had the courage to deploy regular Turkish troops in Libya in addition to the irregular ones coming from Syria to protect Tripoli; aware of the importance of maritime power, it has also deployed a robust naval group off the coast of Tripolitania, to guarantee the protection of the coast and the entry by sea of ​​the armaments necessary for the defense of Tripoli.

Neo-Ottoman determination and aggression changed not only the power relations on the ground, but also in the central Mediterranean. Erdogan's expansionary policy resulted in questioning the Italian role in the central Mediterranean. Erdogan was ready to exploit the need for Al Serraji under siege in Tripoli, not to obtain future promises and goodwill, but to sign immediately operational agreements on the division of maritime spaces and seabed exploitation concessions, to the detriment of others, of Greece and Italy. 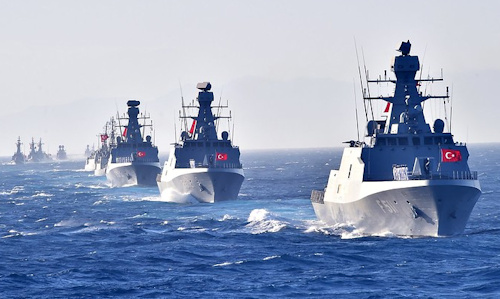 The arrival of the Turks has in fact slowed down if not halted the pressure of Haftar, but the Berlin agreements and the launch of the EU naval mission called Irene, scheduled for April 1st (Covid permitting), they could penalize Turkey's ambitions.

The European "naval blockade", if it were not a mere facade operation, would reduce the flow of arms to Tripolitania to the detriment of Turkish interests, since it is quite clear that Cyrenaica would continue to be supplied through the land border with the 'Egypt. It would essentially be the first timid EU initiative taken against Turkey. To see what the behavior of Turkish military ships will be if the EU naval group really wants to block ships loaded with weapons for Tripoli.

The dispute over control of Libya is now made even more complex by the advent of the Covid-19 pandemic. After much reticence in this regard, both from Tripolitania and from Cyrenaica, both governments had to take a position, also and above all in relation to the red alert in the camps where thousands of migrants are confined and where a contagion such as that of the coronavirus could determine a health carnage. If Fayez al-Sarrraj declared a state of emergency and announced the closure of the country's ports and airports, as of Monday 9 March, the same did not happen in Benghazi, Cyrenaica, where only after a few days, the On March 11, an official from the Benghazi Medical Center raised the alarm pointing out that if Covid-19 were to arrive in Libya it would be a disaster.

The emergency declaration by the National Accord Government, far from reinforcing the formally ongoing truce, has stimulated Haftar to try to take advantage of the situation, to launch an attack on the old city of Tripoli on March 21, despite the UN warning .

It was only at this point that the voice of the United States rose and sent a pressing and direct request against the lord from the East Libyan war, Khalifa Haftar: “stop weapons, refuse external interference, allow health authorities to fight the coronavirus ". The State Department released the note by which the Trump administration claimed to share the opening made first by the government of national agreement led by Fayez Serraj, the internationally recognized 'Libyan prime minister', in favor of the humanitarian cessation of hostilities. Haftar, seems to have succumbed to pressure by giving the go-ahead for a humanitarian truce, now in demand by all the political players in the field.

But perhaps more than the American influence on Haftar, it could be the fear of the contagion that would be undermining the morale of the Cyrenaica militants to have induced the general to lighten the military pressure on Tripoli, to avoid mass desertions in its ranks.

The next developments of the fighting will also be dictated by the evolution of the pandemic in Libya and in the countries that support the factions in the field. Hostilities could probably enter a sort of "limbo", not peace, not war, ready to resume as soon as conditions permit. It would be unreasonable to imagine that the geopolitical interests of Russia and Turkey over Libya will vanish with the end of the Coronavirus, but on the "when" and "how" the Libyan dispute will resume will depend very much on which of the Powers at stake will first break the siege of the Covid 19.

The Biden Administration continues to supply the Ukrainians with artillery. After the 155 mm M-777 howitzers and, news ...
1131
Read

As previously written, among the supplies of armaments sent by the Italian government, there are also howitzers / ...
71381
Read

To circumvent the limitations imposed by Congress, the Biden Administration employs its allies to provide ...
19399
Read

No war can be interpreted and explained through the "absolute" and necessarily abstracting lenses of ...
4559
Read

If it weren't serious, it would even be comical. People don't realize the significance and implications that ...
19312
Read

Reuters reports that the United States will provide Ukrainians with long-range anti-ship missiles. If that were to ...
46053
Read

One of the modern fields of study related to learning is the one known as "serious games". Let's start right away ...
2482
Read

Last month we witnessed the sinking of one or more Ukrainian Neptune anti-ship missiles in the Black Sea ...
37584
Read

The Russian Airborne Forces (Vozdushno-Desantnye Voyska rossii - VDV) - like the vaunted Spetsnaz, by the way ...
29678
Read

The supplies of military equipment by NATO and European countries to fighters continue in these days ...
27499
Read