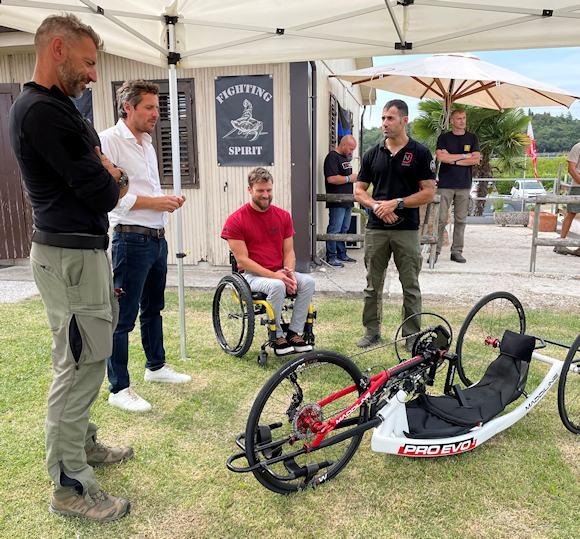 The first was held last Saturday Veteran Day in the province of Vicenza. The day, intended to raise awareness on the issues of veterans, the defense and security sectors was desired, organized and hosted byAlpha 22 Shooting Club. The association participated in the event Not Dolet Italy.

Not Dolet was born from the desire of a group of veterans of the Italian Special Forces, supported by members of the military community and the Police Forces, to create a group that represents the community of patriots who have made duty and honor their reason for living . The aim is to inform, share and enhance past battles, the fallen and all those who have worn a uniform.

During the event there were a series of activities all aimed at sensitizing the population to the issues of veterans, in fact this figure in Italy does not yet exist and is not regulated. The board has promoted a bill that could establish this figure and protect it but alas it lies in the maze of the building.

The event was attended by personnel and vehicles from the 6th Brunico Alpine Regiment. A further goal of Non Dolet is to be able to create a double channel between the Armed Force and the civil productive world to help military personnel wishing to re-employ themselves in the civilian working world in the transition.

On Saturday there were also moments characterized by the stories of the veterans present and finally the delivery of one handbike to Andrea Pacini, a boy who served as a volunteer in a fixed four-year firm. A few months after his discharge, while looking for a new job, he suffered an accident that left him paralyzed. Precisely because he was in a transitional phase or neither military personnel nor civilian workers he is entitled to zero INAIL assistance, in practice he is left alone. 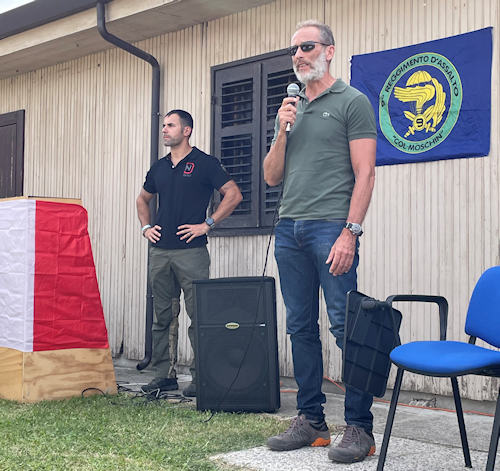 In short, an absolutely unprecedented day in the panorama of military associations, and with objectives of a high moral and patriotic profile.

The Hon. Matteo Perego of Cremnago. Last year he presented his own bill regarding the establishment of the Veteran figure. The proposal defines the Veteran as one who has participated, for a long time, directly in an armed conflict. It is, therefore, a person who has risked his life for his country, to defend his compatriots, to try to leave his children a better world. We are therefore talking about women and men who participate in high-risk operations and their work must be recognized.

The experience gained on the ground, in the last two decades, by the Italian military personnel engaged in the missions ...
11722
Read

After the decommissioning of the M551 Sheridan tank, which took place in the mid-90s of the last century, the US Army ...
16169
Read

The director of the Kredmash mechanical plant in Kremenchuk would have confirmed (source Komsomol'skaja Pravda) that ...
7669
Read

On June 6, with two separate ceremonies at the Fort Wainwright and Elmendorf-Richardson bases, she was reactivated in ...
8954
Read

For a long time, Difesa Online has emphasized the importance of acquiring (and maintaining) artillery pieces, monotube and ...
22662
Read

British Army Chief of Staff Sir Patrick Sanders says the invasion of Ukraine by the ...
12761
Read

During the last world war the Panzerkampfwagen V Panther, having solved the initial mechanical problems, was ...
27629
Read

The conflict in Ukraine has "distracted" the magazine in recent months from continuing to deal with issues relating to the ...
7377
Read