Home Military world Means Despite anomalies and fires, the buses are ...

Despite anomalies and fires, the buses are safe. The 2 alpine rgt? A training reference 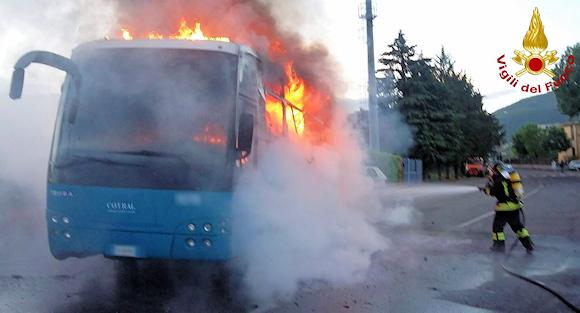 The image of a vehicle that catches fire always arouses a certain suggestion from the spectators and the media, resulting in a traumatic experience for the unfortunate driver and his passengers. Even more so when the vehicle in question is larger than an ordinary car, such as a bus or a truck.

It is a bit like the resonance of tragic news about the crash of a plane and its many casualties, a condition that does not view planes as the statistically safer means than the reality of the daily war bulletins on road and car accidents.

Unruly trafficking to the detriment of professionals

Despite the work of traffic police operators, particularly in the frenetic capitals, there is a substantial indifference to the rules of common civilization and safety in the road sector.

The arrogant entry into the roundabouts or the lane movements without looking at the exterior mirrors and waiting for one's turn, are just examples of an endless list, to which are added the doors open at eye level. In fact, speed control only partially takes on a deterrent aspect, translating instead into an infallible instrument for sanctioning. A factor that popularly distances citizens from institutions despite their blatant wrongdoing, making them feel justified in going against questionable rules at times. 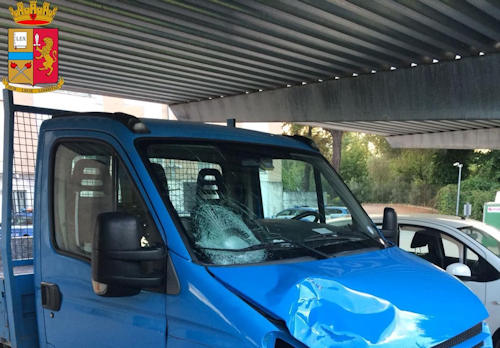 The sanctions should be applied by analyzing the current social framework and, although the points license has brought many motorists back to driving school, it is the lack of civic education and the presence of too many "viral steering wheel drivers" to harm their safety and that of others on the roads , as well as the stress of modern society.

Always the fault of the "heavy vehicle"?

Very often professionals are victims of the mistakes of others (a sudden lane change or worse a car crashing for no reason) and the media trap, if an investigation is not opened, falls on the biggest vehicle, an element easier to condemn on the public square.

I have already repeated it in other articles, cars, vans, pickup trucks have nothing to do with a half heavy; it is one thing to have a superior driving license in your pocket and do various work tasks including driving the "pickup truck", one thing is to be on the road and drive all day knowing your heavy vehicle and its reactions well.

In the transport sector, the conductors divide themselves with a little humor into: licensed, turn steering wheel e drivers.

A very "hot" and recurring theme especially with regard to scheduled buses. A retired mechanic (from an important mobility company) confided to me an explanation: the frame of the large cooling fan moved with hydraulic oil, by dint of a daily succession of vibrations and jolts, would take a certain game that would make it go off axis impeller pin and blades, at this point able to shear hydraulic pipes. The oil leaking onto the collectors would catch fire despite the presence of the fire-fighting systems that have so far avoided victims. 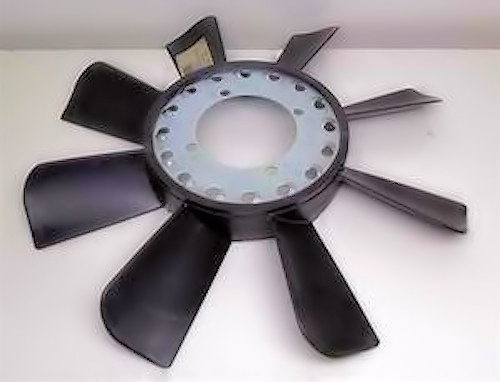 Under the lens of the problem there is therefore maintenance and resources to the sector, as well as slippery roads instead of a safe asphalt. I dutifully add that the driver's "sense of smell" also plays a professional role ...

There is also another factor to consider when an abnormal fire breaks out on a bus. It is to be understood which category (mentioned above) the conductor belongs to, and if he really knows the vehicle well.

An electromagnetic retarder inadvertently pulled one click out of the five foreseen for complete stop, and perhaps a theoretical relay that does not work, is enough to generate enormous heat over a long distance. A temperature that then rises to the differential, the drive shaft and the rim, overheating the air in the tire and causing it to explode and ignite.

The "retarder" is an aid that allows you to slow down the vehicle without using the foot brake causing the classic fading. Vans and similar do not have it. A system that can take several names, including retarder, intense in case it is hydraulic, or electromagnetic retarder.

Listening to bus colleagues, there would then be fuses or oil drops on the catalyst, but these are all assumptions of problems analyzed at each revision.

Buses like trains are however the safest means of land to travel collectively, and the often onerous regulations (such as driver qualification and licenses) guarantee the professionalism of the driver and vehicle during trips or rentals.

The army, an example of training and security 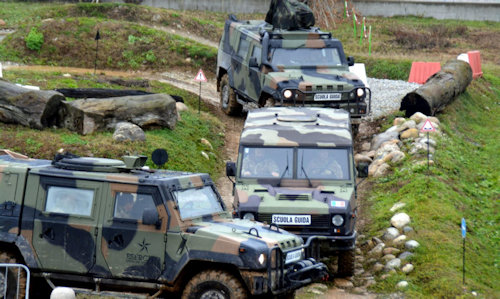 We have already discussed this, but it is good to go back to the topic: military training is and must remain strict and selective, providing for hours and hours of familiarity with the assigned heavy vehicles.

Although the life of a military conductor may be lighter than that of a truck driver, licensed with stars, as well as civilian professionals in the sector, are a guarantee for collective safety.

But there is more with regard to the military, the investments of the Army in training and safety of its personnel, which are officially proposed again this year in theoff road.

On 7 July, on the complex route of Cervasca, Cuneo, the 2nd alpine rgt of the brigade Taurinense thanks to the consolidated collaboration between the Merlo Group and the Italian Army, it has renewed the feedback from its drivers, their reliability, increasing their techniques and extreme maneuvers with Vtlm vehicles Lynx, VM90 and Bv articulated crawlers.

As previously written, among the supplies of armaments sent by the Italian government, there are also howitzers / ...
19540
Read

Apparently the Army of the Russian Federation is also bringing in the latest versions (dating back to the 80s ...
45344
Read

To circumvent the limitations imposed by Congress, the Biden Administration employs its allies to provide ...
17382
Read

No war can be interpreted and explained through the "absolute" and necessarily abstracting lenses of ...
3699
Read

If it weren't serious, it would even be comical. People don't realize the significance and implications that ...
16340
Read

Reuters reports that the United States will provide Ukrainians with long-range anti-ship missiles. If that were to ...
44579
Read

One of the modern fields of study related to learning is the one known as "serious games". Let's start right away ...
2274
Read

Last month we witnessed the sinking of one or more Ukrainian Neptune anti-ship missiles in the Black Sea ...
36902
Read

The Russian Airborne Forces (Vozdushno-Desantnye Voyska rossii - VDV) - like the vaunted Spetsnaz, by the way ...
28825
Read