Home Military world Means LAUNCH with the Volumex, the first concept of p ...

LAUNCH with the Volumex, the first concept of “Mild” Hybrid power 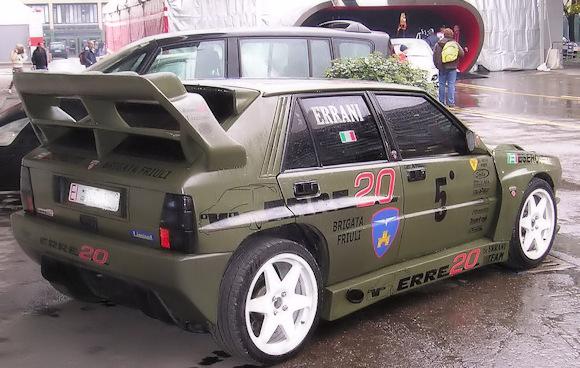 Make a parallel between the volumetric boost system and the Mild Hybrid it may appear bizarre, despite both systems aiming to increase vehicle performance. In the case of the “light hybrid”, this also intervenes on a substantial reduction in consumption that does not upset the endothermic traditionalists by not upsetting the driving method, perhaps with a sporty manual gearbox. However, following the research, no motoring magazine wanted to unbalance itself in this association of systems which, in my opinion, have conceptual affinities.

A name historically linked to the great Lancia brand, alas in recent years passed a bit on the sly, but conceived by Abarth and also applied to Fiat Argenta. A system that, thanks to technological evolution, lives a second life in systems Compressor Mercedes and VW TSI, just to make some references.

As many will know, the supercharging of the internal combustion engine occurs by increasing the air and fuel flow in the combustion chamber, resulting in shorter recovery times thanks to a range of power and torque achieved in less time and in many cases also with lower consumption. compared to an equal aspirated displacement, relating the power to weight ratio.

This, in traditional turbine systems, occurs thanks to an impeller, a turbine driven by the exhaust gases and integral with the axis of a real rotary compressor which has the task of compressing the air sucked in by the filter. A rotating compressor that at a certain number of revolutions - turbo lag - begins to offer the much sought after "push" or "kick in the ass" which is not difficult to associate with a healthy skid, especially with the front tractions. Have you ever tried the Lancia Thema turbo 16v?

The system Volumex instead, it has its roots in the early 80s and it is also spoken of for the 124 Spider Pininfarina Volumex. It basically consists in mechanically connecting a compressor (lobe with worm screw) to the engine, without using the exhaust gases as an activator, and receiving the thrust already at the start of the march. The mixed systems - mechanical and gas - are an evolution of the Volumex which for the moment we will not discuss.

I have to hold back the desire to talk about the victories of the Lancia or perhaps the Lancia Rally 037 to stay on track, concentrating briefly on the system that some gaps possessed in everyday use. In fact, the lobe gear system, a concept similar to the oil pump, had dynamic limits that penalized the potential compared to a real turbine compressor. Connected to this initial system, there was also an increase in consumption due to an additional engine load. A bit like the air conditioning on. 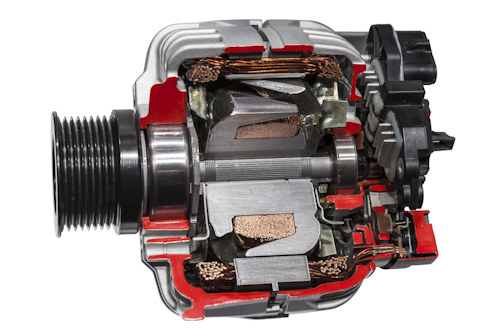 The parallel I mentioned could find a metaphorical logic if we imagine a vehicle starting downhill. A real help that inevitably limits consumption even if you have a heavy foot. Well, the systems Mild (light) of electrification, they focus on a subgroup called alternator (image). That famous perforated cylinder connected to a pulley, which occasionally makes us turn on the red battery light, and the thought immediately goes to the wallet. Its evolution has transformed it into a motorcycle alternator, that is a device capable of performing various operations in addition to recharging the 12 volt battery. In fact it has become a starter motor (without clutch because it is connected to a belt), a generator, but also and above all an electric motor. Its position does not change, but it is larger and with a much more resistant belt, although some car manufacturers have opted to insert a motorbike generator near the flywheel.

A bit like the turbo Volumex, the system begins to activate as soon as you accelerate, thus relieving the effort of the internal combustion engine (there is therefore no silent start) and remaining alongside the latter as long as it is running, always guaranteeing the performance of the car. Its longevity is linked to the specific lithium battery, which a bit like mobile phones, is not "eternal". The recharging function is directed both to the 12 volt battery and to the lithium battery, but in the event of the accelerator pedal being released, the system accumulates kinetic energy, also guaranteeing the regeneration of the lithium component in this case.

And in case of malfunction? On foot you do not stay (at least it should be) only that the vehicle loses this surplus of energy.

Perhaps as a challenge, perhaps actually to animate some robot soldiers to replace the military in risky activities, in the editions of Eurosatorysome heavy hybrid tactical vehicles have also appeared. It is no secret that General Motors is also focusing on fuel cells, but the concept of electrification in the military takes on somewhat different needs even though they also embrace the concept of green mobility. 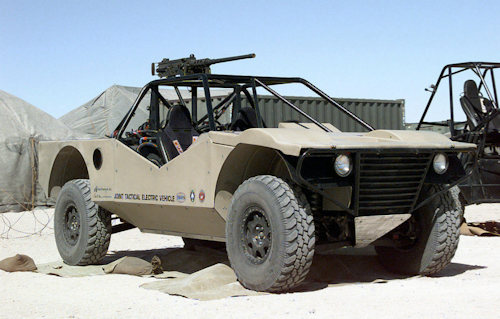 The evolution of the operating method using technology could be the military strategy linked to electrification. Quick and silent interventions and subsequent folding. However, one concept is certain in the field of research on military hybrid systems, there is no place for mobility low cost. In fact, the extreme use of a tactical vehicle does not allow errors on the part of the electrical component. Think of the passage in deep fords, vibrations or heat on the wiring, etc., all factors impeding operations in the event of anomalies or red lights on.
It is good to remember with the unification of fuel for military use, that various studies have shown (Corriere Motori and RDE Real Drive Emission tests carried out by Quattroruote) that in modern diesel euro 6 - those also used militarily - the emissions of nitrogen oxides, and of dust particles, are decidedly lower than those allowed. Indeed, according to these measurements, emissions are lower than in petrol-engined cars.

Observing in silence the evolution of industrial strategies, electrification could contribute even more to the reduction of consumption by lightening the work of the internal combustion engine, if we consider with a little imagination the application of electric motors to rotate the camshafts ( thus eliminating the timing belt) the oil and water pump, but also a turbocharging turbine and - why not? - the air conditioner. For the power steering it worked.

In short, we will travel on a four-wheeled control unit… maybe heartened by 24h assistance?

As previously written, among the supplies of armaments sent by the Italian government, there are also howitzers / ...
2016
Read

Apparently the Army of the Russian Federation is also bringing in the latest versions (dating back to the 80s ...
36940
Read

To circumvent the limitations imposed by Congress, the Biden Administration employs its allies to provide ...
16774
Read

No war can be interpreted and explained through the "absolute" and necessarily abstracting lenses of ...
3409
Read

If it weren't serious, it would even be comical. People don't realize the significance and implications that ...
15580
Read

Reuters reports that the United States will provide Ukrainians with long-range anti-ship missiles. If that were to ...
44173
Read

One of the modern fields of study related to learning is the one known as "serious games". Let's start right away ...
2207
Read

Last month we witnessed the sinking of one or more Ukrainian Neptune anti-ship missiles in the Black Sea ...
36731
Read

The Russian Airborne Forces (Vozdushno-Desantnye Voyska rossii - VDV) - like the vaunted Spetsnaz, by the way ...
28633
Read