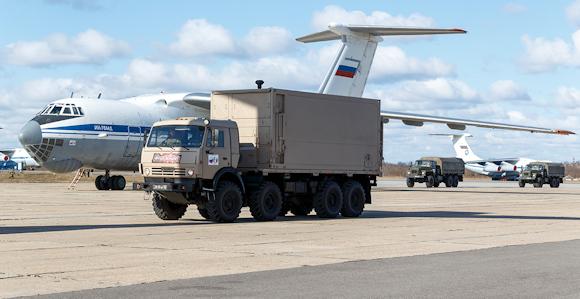 On Monday 23rd, from a military base near Moscow aboard nine Ilyushin Il-76, the relief and medical devices directed to Pratica di Mare (Rome), seat of the military airport Mario de Bernardi. A promise kept by the Russian leader Vladimir Putin to the Italian government, which joins the aid already sent and the work by the Cuban and Venezuelan governments.

The focus, however, should be addressed to the lack of masks with filter for professionals, doctors, military, law enforcement and rescuers, those who do hard work and, when they are immortalized by the mass media, they all have miraculously the PPE equipment provided...

As I write, I think of how many young doctors and nurses had to leave the country to see the right to work recognized, but also their skills in a country suffocated byausterity.

They are tactical vehicles with two, three and four axles with containers, plus several vans for mixed use that - after a flight in formation of air mules, the Ilyushin Il-76 - brought dozens of doctors, 100 lung fans, 500 thousand masks and a specialized brigade for the disinfection of public structures as well as mobile laboratories for analysis.

Russian doctors have already gained experience with other emergencies in the fight against Ebola and swine fever, they are now alongside Italian colleagues against Covid-19. 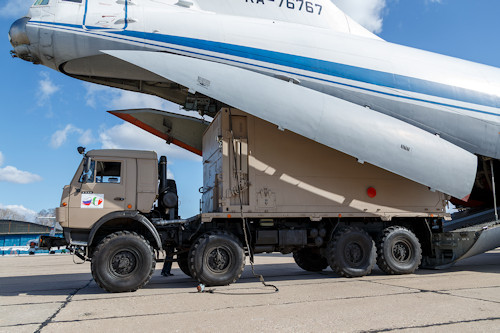 The rest of the staff, as reported by "La Repubblica" on March 22, seems to come from the ranks of the Civil Protection, which belongs to the Ministry of the Interior, and from those of the Armed Forces. They should be part of units ready for action to deal with catastrophes and trained for the scenario of "bacteriological warfare". And for this he is able to operate effectively in today's battle.

KAMAZ, leader in rescue and Dakar

Their strength is undoubtedly simplicity, that is, the limitation of electronics and automatic components which we are synonymous with comfort and active safety. A concept that Henry Ford summarized in the historical phrase: "What is not there does not break".

Spartan and work vehicles those of the KAMAZ production, but which would suggest the presence of a certain optional range, certainly not present on the military versions, very similar to the civilian ones. But be careful not to get the idea that these vehicles are not safe, far from it, they have above average reliability in the N category - trucks and road tractors - but here the driver's competence makes the difference.

A concept, that of simplicity, that we have already proposed by analyzing another iconic truck house in Eastern Europe, the TATRA trucks, where one of its distinctive signs that optimizes the underbody is the central tube that contains and protects the transmission.

Aesthetically, they don't pay much to fans, because their lines and designs are square, cold and without a style that captures the buyer; on this production it is only the functional utility that finds space.

A school of thought opposite to the western one of the last forty years, but not for this to be rejected, indeed quite the opposite. The instrumentation is a cross that partly recalls that of the ACM 80 and on the other the consoles of the simplified controls of Grizzly, Axor, Actros in tactical version of the German Mercedes. 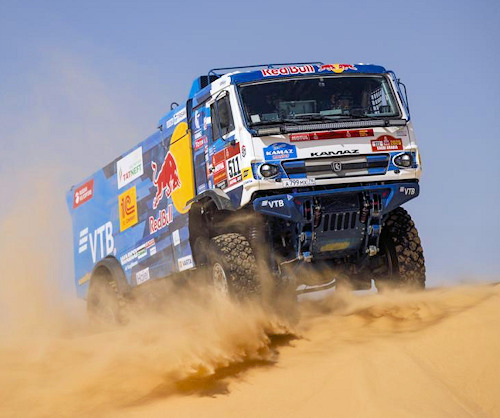 The engines are real shooting mules with 8-cylinder turbocharged V-shaped engines - eight cylinders make the difference - and with different cubic capacity but the powers, which would start from 240 horsepower, would not actually seem the flagship of the Russian brand, but certainly the gear ratios and reductions are such as to make it suitable for off-road observing the spectacular images of the trophies competed by Kamaz.

In any case, the house also produces road trucks - road tractors - certainly a production with performances very similar to European production. The transmissions are mostly manual, while the automatic ones with torque converter equip the system Allison.

From the images you can also see a Kamaz 8x8 civilly identified with the Russian house code 63501, used for logistics and with power, at least in the civilian version, of 360 horses.

So simplicity always pays off in terms of reliability - a basic concept that the military knows well - both during military missions and in extreme use during the January competition at the Dakar Rally, where the driver Andrey Karginov with the Kamaz Master Team literally outperformed all opponents on trucks.

The data shown are from the parent company KAMAZ, but for the record, I report some perplexity in observing that the various types - open, closed, demountable, cranes, etc. - have traction on the first axle in the civil catalog with the exception of the smallest Kamaz 4x4 43266, very similar to the Dakar Rally version. Is this an optional element for military production or maybe we would like to think so? However, despite the few horses available compared to other productions, reduced gears, traction blocks and single wheels in the rear cradle in traction, they do 80% of the work when you have to overcome insidious stretches with strong differences in height. 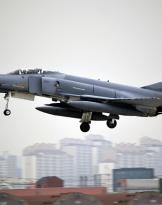 In 1968, at the height of America's commitment to the Vietnam War, the skies of Southeast Asia resounded with “...
797
Read

The American military device, in recent years, is undergoing a profound restructuring in order to face ...
1855
Read

The fast multi-role vessel Project 02510 entered service on November 24 with the Baltic Fleet of the ...
1987
Read

The IRINI mission - launched last year by the European Union to support the UN embargo, aimed at blocking the ...
3545
Read 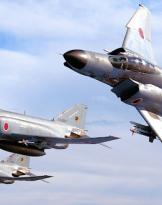 Phantoms of the world, episode 1: the Japanese F-4s