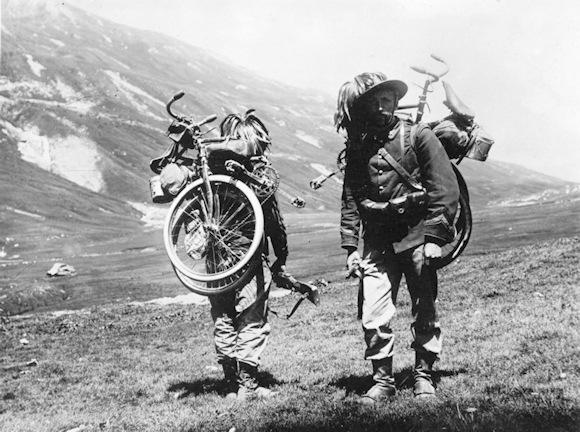 Being assigned to the Bersaglieri specialty during the military portended twelve months to be spent running at 180 paces per minute. A far more difficult prospect than being assigned to a quiet Logistics Corps. But towards the end of the military service one realized the fortune and prestige of having served the country in a Corps that took life from the oldest specialty of the Italian infantry of our army, the grenadiers.

The idea of ​​General Alessandro La Marmora, a grenadier (then captain), was to set up a Corps specialized in rapid movements and capable of adapting to enemy territory. The idea became a reality on June 18, 1836 and the first feathered infantry were his grenadiers. It is said that during the presentation of the plumed infantry, that is the new bersaglieri to the king, they anticipated the royal procession by winning the characteristic that distinguishes them from the infantry, that is the running step.

The officer had quite a few frictions with the general staff which supported obsolete combat theories based substantially on the advancement of the infantry units in line. His innovative ideas that turned out to be successful then made them understand the importance in the armed force, to have rapid infantry units armed with carbines, but also to update and specialize the units with dynamic combat canons. This resulted in a greater and more modern training and tactical background, suitable for speeding up maneuvers on the field. Even the distribution of more suitable equipment and subsequently the use of bicycles followed that innovative direction that made the Bersaglieri become specialists in high mobility of the infantry. 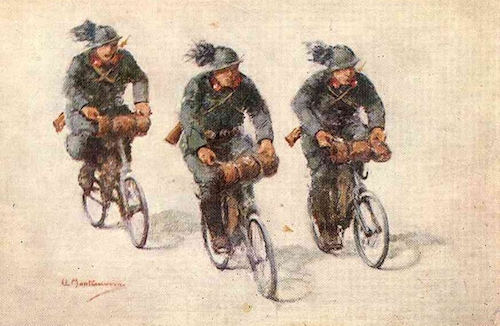 To increase the Corps' prerogatives of speed, on March 15, 1898, Lieutenant Luigi Camillo Natali set up the first company of bersaglieri cyclists which soon took the conformation of battalion and then regiment. Some of the latter's teams even participated in the Giro d'Italia in stages, covering 1153 kilometers.

The first bicycles used were found on the civilian market and only later, when the specialty confirmed its validity, was it passed to a properly military model. It was a revolutionary velocipede for the time, it was foldable and shoulderable to advance during the assaults. Whoever wore it had to be very sturdy: the frame weighed about 30 kg, to which were added special supports for the luggage and the mod. 91, as well as the clearly puncture-proof solid tires.

The Ministry of War and the Royal Army, now faced with a battalion in the 12 Bersaglieri regiments, in 1911 entrusted themselves to Edoardo Bianchi Italian Velocipedi Factory for the supply of a more performing model with a lower weight, 14 kg. There was a version for the troop and one for the officers with gearboxes, and the comradely nickname of the two-wheeler seems to have been "wheelbarrow". 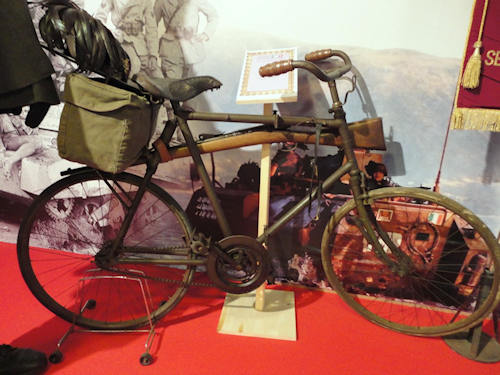 The frame, also foldable, was equipped with two telescopic shock absorbers at the front and one at the rear placed between the saddle support and the fork. Necessary elements given the presence of solid tires. The chain transmission had a fixed two-speed gear and the front rod brake, in addition the rear sprocket had a cover to prevent any clothing or luggage from getting stuck in the chain. The scabbard sheath was housed in the handlebar tube, with horn grips and a bell, only for officers.

He also had the war light

On the handlebar and therefore directionable, there was an anti-wind oil lantern whose front glass could be darkened during the curfew to signal only the position to the team, and not to illuminate the path.

A luggage rack with the dual function of rear fender and a leather saddle completed these vehicles which, along the gray-green frame, carried the ribs to house the rifle.

Today many enthusiasts and collectors jealously preserve these relics in perfect conditions of use, displaying them or riding them during the events of thenational bersaglieri association. 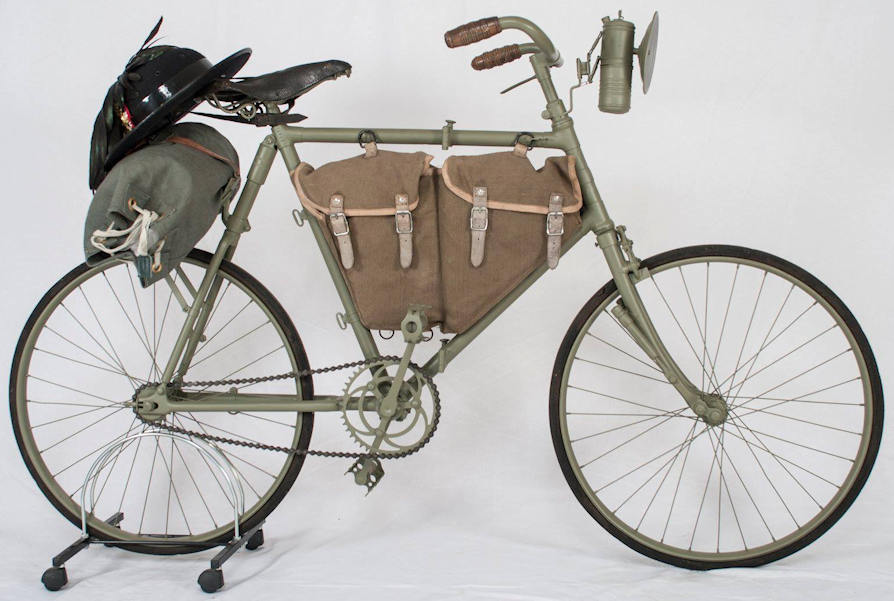 The Biden Administration continues to supply the Ukrainians with artillery. After the 155 mm M-777 howitzers and, news ...
13175
Read

As previously written, among the supplies of armaments sent by the Italian government, there are also howitzers / ...
72112
Read

Apparently the Army of the Russian Federation is also bringing in the latest versions (dating back to the 80s ...
49815
Read

To circumvent the limitations imposed by Congress, the Biden Administration employs its allies to provide ...
19748
Read

No war can be interpreted and explained through the "absolute" and necessarily abstracting lenses of ...
4719
Read

If it weren't serious, it would even be comical. People don't realize the significance and implications that ...
19883
Read

Reuters reports that the United States will provide Ukrainians with long-range anti-ship missiles. If that were to ...
46303
Read

One of the modern fields of study related to learning is the one known as "serious games". Let's start right away ...
2507
Read

Last month we witnessed the sinking of one or more Ukrainian Neptune anti-ship missiles in the Black Sea ...
37698
Read