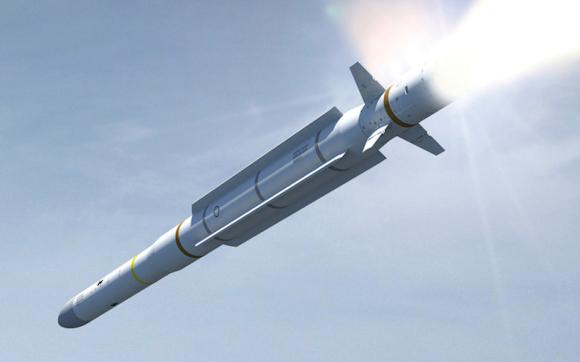 Development of MBDA's CAMM-ER (Common Anti-air Modular Missile Extended Range) program is continuing on schedule. The goal is to be able to supply the first systems - the Italian Air Force will be the launch customer - by the beginning of 2024.

After more than 40 years of service, the ASPIDE medium-range surface-to-air missile system has now reached the end of its operational life. Furthermore, the CAMM-ER missile will have to replace the medium range SKYGUARD systems (based on the ASPIDE) supplied to the Italian Army.

The peculiarity of the missile is that it is launched "cold", ie the ejection from the canister takes place thanks to the use of a gas generator, then the engine starts when the missile is several meters away from the launch system and is already in mode turn-over (target oriented). 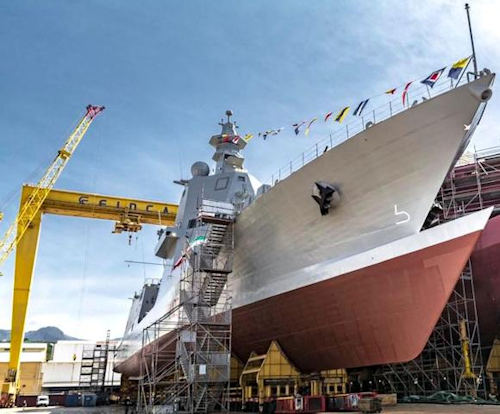 The Navy also needs to acquire a medium range missile system that can be loaded on the class Thaon di Revel and on future European corvettes. Up to now, this need has been fulfilled by the ALBATROS systems (also based on the ASPIDE), which are (on paper) still on board the class fighters. Durand de la Penne and on class frigates Mistral.

In addition to the acquisition of the new missile, for short-medium range defense, the Navy should also review the use of artillery for point defense against the threat of anti-ship missiles. Last year it had to be tested, on the fighter Doria, the new 76 mm Davide / DART ammunition (maximum range 20 km), however for unknown reasons the tests were not carried out.

Unlike other navies, the Italian one has always used 40 and 76 mm caliber pieces (CIWS, Close In Weapon System), preferring them to 20 and 30 mm Gatling guns (supplied to the US Navy and the Navy). Russian). It would be appropriate to begin to evaluate the possibility of adopting 25 mm weapon systems, perhaps adapting the new 4-barrel gun, GAU-22 / A 25x173 mm, mounted on the F-35A fighter, for naval use. This would involve a great saving both in economic terms and in space (as well as a significant increase in the speed of shooting, 3.300 shots per minute against 139 of 76/62), moreover it could be used in anti-boat function in the missions to combat piracy. maritime.

After the decommissioning of the M551 Sheridan tank, which took place in the mid-90s of the last century, the US Army ...
1456
Read

The director of the Kredmash mechanical plant in Kremenchuk would have confirmed (source Komsomol'skaja Pravda) that ...
4551
Read

On June 6, with two separate ceremonies at the Fort Wainwright and Elmendorf-Richardson bases, she was reactivated in ...
8044
Read

For a long time, Difesa Online has emphasized the importance of acquiring (and maintaining) artillery pieces, monotube and ...
21583
Read

British Army Chief of Staff Sir Patrick Sanders says the invasion of Ukraine by the ...
11559
Read

During the last world war the Panzerkampfwagen V Panther, having solved the initial mechanical problems, was ...
26812
Read

The conflict in Ukraine has "distracted" the magazine in recent months from continuing to deal with issues relating to the ...
7180
Read