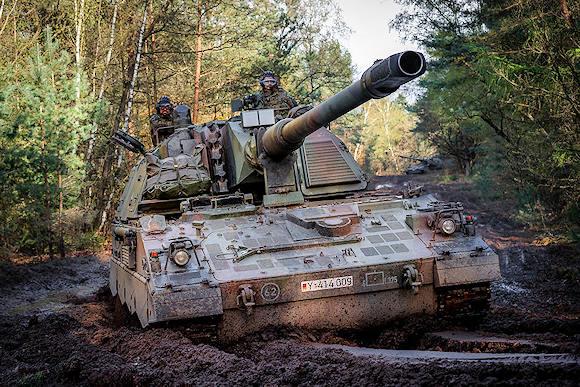 President Zelensky never ceases to urge NATO countries (and not only those) to supply armaments to the Ukrainian resistance, in the (vain) belief that they can stop the Russian invasion.

Since the start of the "Special Operation", the Germans have donated 1.000 anti-tank systems to Kiev (bazooka e Spike), 500 FIM-92 short-range surface-to-air systems Stinger, 14 armored vehicles and 10.000 tons of fuel.

However, from the Ukrainian point of view, it is believed that Berlin could do much more to arm the anti-Russian resistance. Hence the diplomatic tensions between the two countries, as German President Frank Walter Steinmeier was declared persona non grata in Kiev on 13 April last. This decision was motivated by the fact that the person concerned had had "close relations" with Russia in the past. This, at least, is the reason given by a Ukrainian diplomat, according to the newspaper picture.

Evidently the Ukrainians are not familiar with the stock situation of the Bundeswehr (German Armed Forces, ed). Already on 24 February, the chief of staff of the German Army, General Alfons Mais, had denounced the great shortcomings of the Armed Forces of Berlin. Situation highlighted more, on April 21, by Defense Minister Lambrecht: "The Bundeswehr finds itself in a situation in which unfortunately it cannot distribute weapons if it wants to continue to guarantee national defense and that of the Alliance".

Despite this, Berlin intends to implement another solution: to allow some NATO countries to hand over military equipment inherited from the Soviet period to Ukraine, replacing it with German-made equipment. The idea is to provide Ukrainian forces with weapons systems that are familiar to them. The delivery of more sophisticated weapons is expected to come later.

Therefore, the Bundeswehr should provide training to Ukrainian gunners who will use the PzH-2000 self-propelled howitzer (opening photo) that the Netherlands intends to provide them. "Where we can provide training, we will"Lambrecht confirmed. 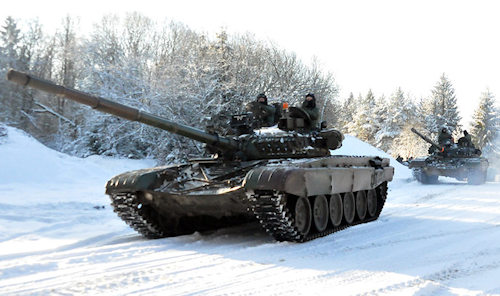 Meanwhile, the Ukrainian Army "it will receive heavy weapons, including tanks, from eastern countries in the coming days", the German defense minister also announced. "These are tanks, armored vehicles (as well as various materials) that these countries can supply", he added.

Then, Slovenia will send MBT M-84 (Yugoslav version of T-72 - photo) to the Ukrainians and in exchange will receive, from the Germans, armored vehicles marten. These are dated means, it cannot be ruled out that Ljubljana claims Leopard 2A6 and IFV Puma.

As for Paris, the French parliamentarians would have received a list listing all the military equipment supplied to the Ukrainians.

Through an official statement, the Ministry of the Armed Forces, on 13 April, specified the amount of the sum of arms, ammunition and equipment supplied to Ukraine: about 100 million euros.

President Macron himself confirmed that in addition to the anti-tank systems, the rotated guns were also delivered to Kiev Caesar from 155/52 mm. Again the quantities were not disclosed, the Armée de Terre is equipped with 76 self-propelled guns on wheels. It seems that a certain number of guns (12) have been taken from the order foreseen for Morocco.

Following the French example, it would seem that the Draghi government is also considering the possibility of sending heavy weapons to Ukraine. There was talk of the 109/155 mm M-39L self-propelled vehicles, gradually abandoned by the Italian Army with the entry into the line of the PzH-2000. Some parliamentarians proposed to send the German self-propelled vehicles, a possibility that was immediately canceled given the small numbers we have (68 vehicles).

As previously written, among the supplies of armaments sent by the Italian government, there are also howitzers / ...
62183
Read

To circumvent the limitations imposed by Congress, the Biden Administration employs its allies to provide ...
18770
Read

No war can be interpreted and explained through the "absolute" and necessarily abstracting lenses of ...
4347
Read

If it weren't serious, it would even be comical. People don't realize the significance and implications that ...
18490
Read

Reuters reports that the United States will provide Ukrainians with long-range anti-ship missiles. If that were to ...
45678
Read

One of the modern fields of study related to learning is the one known as "serious games". Let's start right away ...
2437
Read

Last month we witnessed the sinking of one or more Ukrainian Neptune anti-ship missiles in the Black Sea ...
37419
Read

The Russian Airborne Forces (Vozdushno-Desantnye Voyska rossii - VDV) - like the vaunted Spetsnaz, by the way ...
29417
Read

The supplies of military equipment by NATO and European countries to fighters continue in these days ...
27000
Read

The surprise attack of Bilohorivka will remain in the history of the Russian aggression war on Ukraine on the list ...
53849
Read