Home Military world The Italian missions in Iraq and Kuwait: a ...

The Italian missions in Iraq and Kuwait: a strategic presence 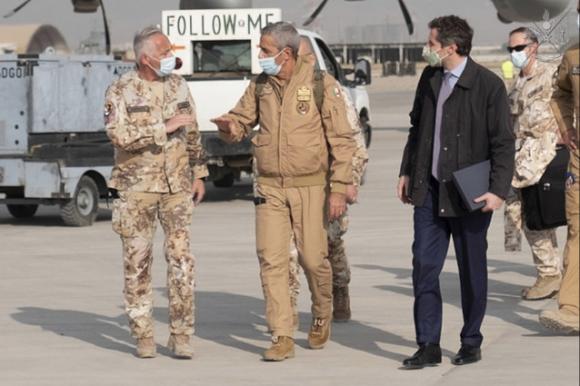 On November 26, the visit of the Hon. Matteo Perego di Cremnago, member of the Defense Commission of the Chamber, and of the air squad general Silvano Frigerio, commander of COVI, to the contingents of the Italian Armed Forces taking part in the operation First Parthica, in Iraq and Kuwait.

This operation had had the maximum media exposure following the attack (conducted using IED), in November 2019, against the Task Force 44 which, as our readers will know, is made up of detachments, in rotation, of the 4 Incursori departments and of the RRAO. The attack caused the wounding of 5 operators (three of which seriously) and some controversy about the role played in that theater by our special forces.

The Italian military presence in Iraq and Kuwait represents the most significant effort for the armed forces within the complex of international military missions and assumes an even more strategic role as in May 2022 the command of the NATO Mission in Iraq will be entrusted with the aim of increasing the capacity building, training ed advise of Iraqi defense and security institutions. 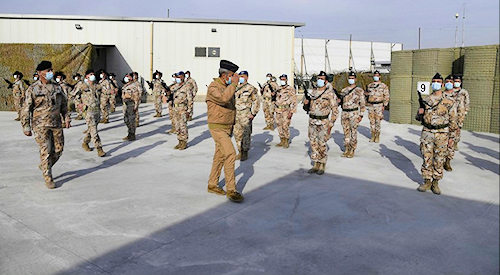 Together with UNIFIL and KFOR, the Italian command of a NATO mission is yet another demonstration of the consolidated reputation enjoyed by our Armed Forces, which in 2021 employ about 5.500 units in 37 international military missions.

It is also desirable that in the face of such a qualified commitment and effort by the defense divisions, a strategic asset for Italian foreign diplomacy, our country will be able to benefit more from it in favor of the defense industrial sector and intensify the political and commercial opportunities resulting from relations with the countries where we are present.

Currently in Kuwait there is a battery of SAMP / T missiles (equipped with Aster-15 surface-to-air missiles) of the 4 rgt anti-aircraft artillery fishpond of Mantua.

The deployment, as part of bilateral cooperation agreements with Kuwait, has expanded the range of assets and capabilities IT NCC Air deployed in the region as part of the operation Inherent Resolve / Prima Parthica, of which theItalian National Contingent Command Air guarantees uniqueness of command and logistical support.

After the decommissioning of the M551 Sheridan tank, which took place in the mid-90s of the last century, the US Army ...
10894
Read

The director of the Kredmash mechanical plant in Kremenchuk would have confirmed (source Komsomol'skaja Pravda) that ...
6082
Read

On June 6, with two separate ceremonies at the Fort Wainwright and Elmendorf-Richardson bases, she was reactivated in ...
8404
Read

For a long time, Difesa Online has emphasized the importance of acquiring (and maintaining) artillery pieces, monotube and ...
21982
Read

British Army Chief of Staff Sir Patrick Sanders says the invasion of Ukraine by the ...
11965
Read

During the last world war the Panzerkampfwagen V Panther, having solved the initial mechanical problems, was ...
27131
Read

The conflict in Ukraine has "distracted" the magazine in recent months from continuing to deal with issues relating to the ...
7232
Read