Home Military world The frigates of the Navy to be sold ... 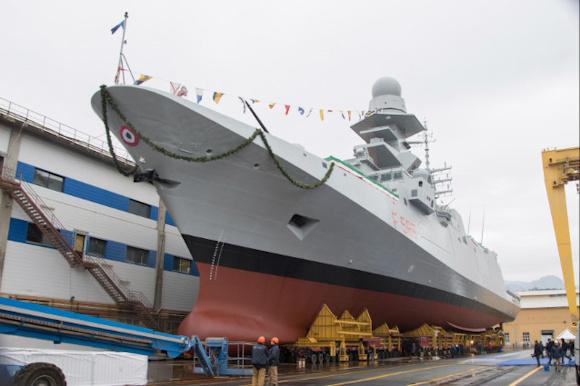 Pecunia not olet says the famous Latin brocardo, sometimes quoted out of turn but truthfully. And it is precisely an economic issue linked to the world of defense that has generated a well-concealed but deaf and violent clash in the ranks of the Conte Government: the question of the two multi-role frigates Freem "Spartaco Schergat" and "Emilio Bianchi" (photo) destined for the Navy Military but ready to take the path of Egypt for a complex party game.

The Navy has been engaged for some years now in a structural modernization of the fleet and the "Schergat" frigate built by Fincantieri was to be delivered in these days but could be goods for a "round game" with Cairo which has required two Freem to be assigned to its naval force.

So two of the most modern naval units available to the maritime component of the Armed Forces could be sold to the Egyptians without the executive politically (and Leonardo effectively) guaranteeing a counterpart, i.e. immediate replacement with two other ships of the same or higher type.

As long as it is not delivered to the Navy, the ship is not "registered in the Military Naval Register" and therefore flies the merchant flag belonging to Fincantieri. This explains why there was a direct request from Orizzonti Sistemi Navali to the Occar (Joint Organization for Cooperation on Armaments) to bypass the delivery deadline of June 5. In other words there seem to be those who, within Leonardo, are ready to play the game with the leaders of the Navy to see if the need for modernization and strengthening of the Italian naval forces (and therefore national interests) or those of the " vil money ". 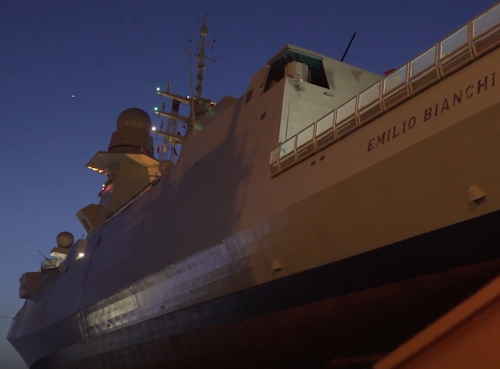 These multirole frigates, although still owned by Fincantieri, they are already equipped with offensive and defensive systems designed specifically for the Navy and not transferable abroadunder penalty of substantial dissemination of national military secrets and technologies. As long as the delivery of the ship is not carried out, the systems are kept by Orizzonti Sistemi Navali on behalf of Leonardo and Marina; this is the foothold to which the admiralty seems to cling to block a sale that tempts many.

More than a few in the government majority - in particular the radical left wing of the M5S and LeU - have expressed doubts about the entire operation, pointing out that Egypt cannot be a partner for Italy and its military industry given the failure resolution of Regeni case. Past water, nothing that cannot be overcome in the name of the best interest of the state which, if it wants to have its own Mediterranean policy, must necessarily dialogue with Cairo.

The data that emerges is another, that is, that nobody raised a question of "national priorities" for our Navy. The modernization of the Italian fleet should be more important than any foreign order, even more so if you want to sell a ship already assembled for the Navy to another power.

What "the Republic" defined as the order of the century for the Italian military industry it can certainly guarantee the maintenance of a solid political link with Egypt - which also passes through the sale of armaments and weapon systems - but it is a must to underline that the doubts expressed, if not related to the ideological pacifism of certain government circles, they must be considered because they express a perplexity on the part of the leaders of Palazzo Marina who instead had other programs. 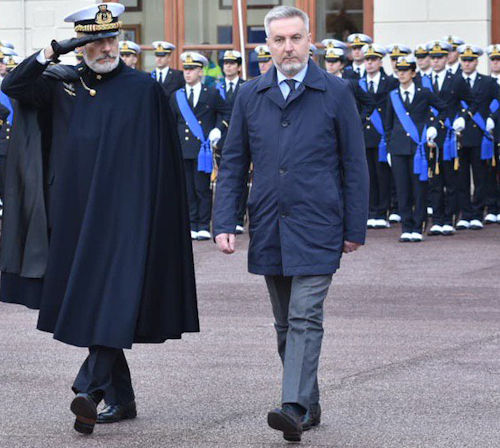 If the "pragmatic" line that would force the Navy to step back in favor of the Egyptians pass, the Government - with Defense Minister Lorenzo Guerini at the head - would have decreed a politically heavy stop to the modernization programs of the Armed Forces.

It should be borne in mind instead that the strengthening of the military fleet in Italian history has always been accompanied by the guarantee of having an important place in Mediterranean geopolitical dynamics which is the result of a "global naval strategy" theorized since the time of Cavour.

In the name of this same strategy, the Marina must guarantee the optimal operational potential and these two Fremm are part of it as long as there are no better counterparts that Leonardo has not, for the moment, pulled out of the cylinder.

If, on the other hand, there are broader foreign policy plans, where supporting Egypt means limiting Turkish activism in the "enlarged" Mediterranean, then two multi-role frigates could also be sacrificed, provided that the needs of our naval component are kept in mind.

Doubting strongly that the Italian foreign policy has suddenly stopped navigating on sight, it would be good not to put your foot on the brake of the requests of the Navy for mere economic interests, but moreover, as already said, pecunia non olet.

The Turkish government's decision to make the Hagia Sophia a mosque is part of the process of ...
2512
Read

The US Navy reported a "terrible tragedy aboard the USS Bonhomme Richard (LHD 6) when a fire broke out ...
3735
Read

On March 2018, XNUMX, the President of the Russian Federation Vladimir Putin, during his speech on the state of ...
4207
Read

Trump's recent ban on Chinese students from American universities1 was born from far away, and is the son of ...
2949
Read

After the blocking of parliamentary work due to COVID-19, the Government presented the annual resolution on the ...
7624
Read

2020 will perhaps be remembered as the year of the change of the national strategy: from a purely defensive posture the ...
2416
Read

According to the Chinese Academy of Military Sciences, the national naval strategy must have the primary objective of ...
5083
Read

After a week of relative calm in Libya, fighting has resumed in the Sirte area between government forces ...
1952
Read