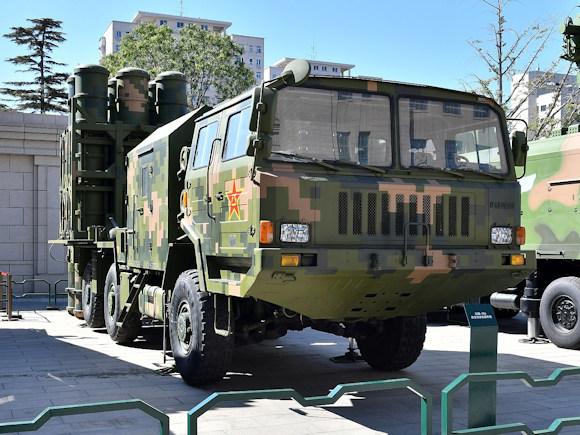 In practice, China failed to supply an adequate number of spare parts, thus delaying the full operation of the weapon systems.

We are talking about the HQ-16 (LY-80) medium-range surface-to-air missiles, acquired by Pakistan in 2017 as a key system for the protection of national skies.

The HQ-16 is equipped with a vertical launch system, which gives it 360 ° coverage and the ability to operate in a complicated geographic environment. The missile system is mounted on a China-designed 6x6 high-mobility chassis rather than tracked platforms, providing ease of maintenance and improved mobility on the road.

The missile system would be able to intercept aerial targets at altitudes between 15 km and 18 km. The maximum interception range for aircraft is 40 km, while for cruise missiles it would be between 3,5 km and 12 km.

The producer, China Aerospace Science and Technology, would argue that the probability of killing is 85% against aircraft and 60% against cruise missiles. The missile is credited with a speed greater than mach 4.

The HQ-16 system includes an IBIS-3 150D target search radar, a solid state S-band passive Electronically Scanned Array (PESA) radar with a range of up to 150km, PESA tracking and guidance in multiple L-bands radar and missile launchers six-cell vertical. Each L-band tracking radar has a range of 85km and can detect up to six targets, including four. An HQ-16 battery includes a location radar and four missile launchers.

The HQ-16 was hailed as "the beginning of a new era in the nation's air defense".

Over the past five years, the systems have developed beyond that 477 defects, paralyzing Pakistan's air defense. Islamabad tried to run for cover, but with little success.

The Chinese company sent a special team of engineers in May-June 2021, but the issues proved too extensive to fully resolve them. A sufficient number of spare parts were missing. A second team of Chinese technicians, sent in the following October, was also unable to complete the job.

Yet Pakistan, given its poor economic situation, has no choice but to continue acquiring Chinese weapons: the purchase of 6 additional HQ-16 systems has already been planned.

It is certainly not new that aircraft of the Aerospace Forces of Moscow violate the airspace of the Scandinavian countries ....
1330
Read

Chinese soldiers will travel to Russia to participate in a series of joint exercises. To the maneuvers ...
16361
Read

It was known that Soviet, and later Russian, industrial and technological espionage (S&T) never really ...
14792
Read

Anyone who has kept an eye on the renewal of the Navy's ship (limiting the analysis to "gray ships", ...
51796
Read