Home Military world The tankers and strategic transports of... 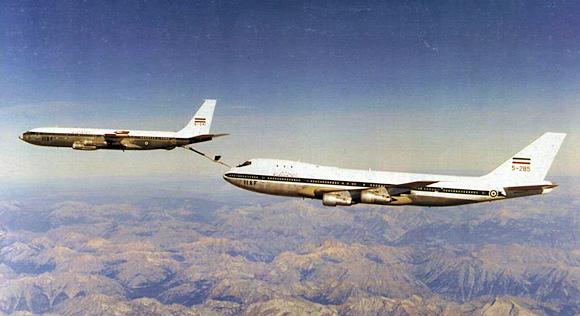 During the 60s and 70s of the twentieth century, the Shah of Iran, Mohammad Reza Palhavi, taking advantage of the status of great oil power acquired in that period by his country, launched a massive campaign to modernize the Armed Forces, among which the Imperial Iranian Air Force (IIAF) was the favorite. It is well known that, precisely during that period, and under the impetus of the powerful and influential commander of the IIAF, Mohammad Amir Khatami, the Armed Forces (Artesh) purchased a large number of F-5, F-4 and F -14 which would later form the country's defensive shield during the Iran-Iraq War. However, little known is the fact that, in order to guarantee an increase in the operational capabilities of the aeronautical instrument, the leadership of Tehran decided to proceed with important acquisitions also on the front of in-flight refueling and strategic air transport.

Following the approval of the program called "Project Peace Station", in 1974, the IIAF purchased 9 Boeing 707-3J9Cs adapted for in-flight refueling missions (they constituted the export-oriented variant of the Boeing KC-135A Stratotanker made for the USAF). Not long after, 5 more aircraft of the same type were purchased, bringing the air refueling squadron to the default strength of 14 aircraft. The Iranian Boeing 707-3J9Cs were equipped with both a rigid probe refueling system located in the rear part of the fuselage and a pod Beech 1800 placed at the wingtips and equipped with flexible probes.

In March 1975, taking advantage of the bankruptcy of the TWA airline, the Iranian authorities took the opportunity to purchase 9 Boeing 747-131s and 3 Boeing 747-124s. Subsequently, in 1978, the IIAF also purchased 5 Boeing 747-2J9Fs thus bringing the total number of Boeing 17s in service to 747. In parallel, 5 of the Boeing 747-131s were modified to also perform in-flight refueling (and flying command post) missions. All Boeing 707s and 747s then merged into a single air refueling/strategic transport squadron based at Tactical Fighter Base 1 (TFB1) in Tehran-Mehrabad. 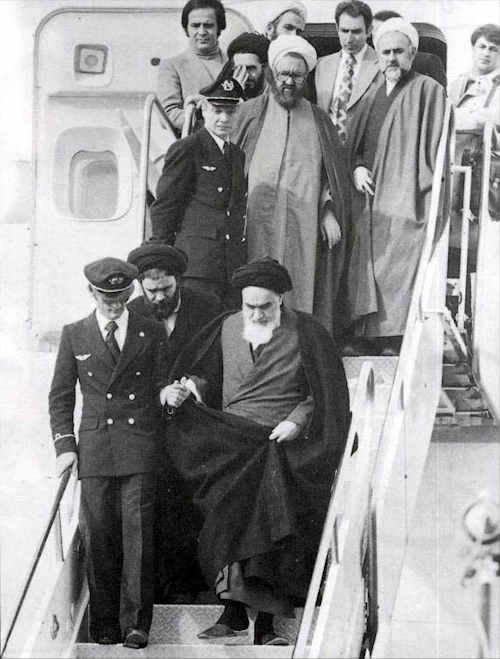 On the eve of the 1979 Revolution, Iran had 19 aerial refueling aircraft (14 Boeing 707-3J9C and 5 Boeing 747-131) and 12 strategic transport aircraft (4 Boeing 747-131, 3 Boeing 747-124 and 5 Boeing 747-2J9F), for a total of 31 aircraft. Following the Khomeinist Revolution, the new authorities of the clerical regime seriously considered for a certain period of time to sell these very expensive flying assets or to hand them over to Iran Air (which already operated a vast fleet centered on the two Boeing models), considering the initial requirement has now expired. In fact, according to the strategic vision of the IIAF planners, in the event of a large-scale conflict between Iran and the Soviet Union, aerial refueling aircraft would support the offensive operations of fighter-bombers engaged in striking targets located deep in the Soviet territory while the strategic transport aircraft should have contributed (together with the tactical transport aircraft) to creating an air bridge to bring into the country as many weapons and spare parts as possible made available to Iran by the allied countries (especially the United States of America). This decommissioning plan was fortunately prevented by the outbreak of the Iran-Iraq War and the aircraft of the composite aerial refueling/strategic transport squadron were able to immediately add their value.

During the 8 years of war, the aerial refueling fleet of the newly renamed IRIAF (Islamic Republic of Iran Air Force) flew an average of 5 operational sorties per day, constantly keeping up to 8 Boeing 707 and 3 Boeing 747 in flight. in support of F-4 and F-14 fighter squadrons' deep attack and air defense missions. Another Boeing 747-131 was flown to serve as a flying command post while another aircraft of the same model and variant was used to transfer weapons and ammunition to frontline airfields, then evacuating the most seriously wounded to return vault of specialized hospitals located in cities away from battle areas. All the other Boeing 747s were instead used in the original role for which they had been purchased, transferring arsenals of all types that the regime of the ayatollahs had managed to procure everywhere both in the light of the sun and through secret agreements (such as with the State of Israel and the United States of America itself).

It was a Boeing 747-2J9F, to be precise the one with the identification number 5-8115, that distinguished itself in the flights on the Tehran-Pyongyang route by transferring the R-17 theater ballistic missiles to Iran Elbrus/SS-1C Scud-B desperately requested by Iran to turn the tide of the so-called "War of the Cities".

The end of the Iran-Iraq War and the subsequent Gulf War then gave the IRIAF the opportunity to also acquire 1 Boeing 747-270C previously in service with Iraqi Airways. However, beyond this isolated addition, the XNUMXs and XNUMXs proved particularly difficult for the Iranian aerial refueling and strategic transport aircraft squadron. The very intense military use had in fact worn out the cells beyond the danger level and there had been no lack of losses in the course of fortunate isolated Iraqi attacks on Iranian bases. Some aircraft had then been cannibalized to the point of becoming completely useless. 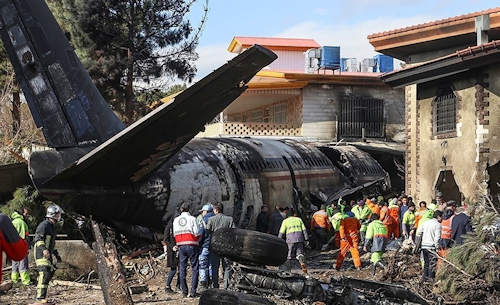 Finally, to raise funds for the Defense budget, the IRIAF commanders had created their own airline called Saha Airlines intended to serve civilian traffic. In the absence of new aircraft, however, in order to operate regularly the Saha Airlines it needed to rent several Boeing 707 and 747 aircraft in turn taken from the Mehrabad squadron and this led to further wear and tear of the already tested airframes (which resulted in at least 2 catastrophic accidents over the years with the loss of as many aircraft). Starting from 2005, however, and with the increase in defense allocations, the IRIAF was able to launch an ambitious aircraft overhaul program, bringing several of them back into service. Not only that, thanks to the purchases of both second-hand and new production aircraft on the civilian market by Iranian airlines, the military have had access to a certain number of redundant Boeing 747s which they have been able to confiscate in the Air Force, subjecting some to the conversion process to make them suitable for air-to-air refueling missions.

Nowadays, the IRIAF maintains at its disposal a fleet of 17 aircraft for in-flight refueling (10 Boeing 707-3J9C and 7 Boeing 747 of different versions) and at least 8 aircraft for strategic transport (all Boeing 747 of different versions ) all based at Tactical Fighter Base 1 (TFB1) in Tehran-Mehrabad. It is not clear whether the Iranians have also put 3 Antonov An-12 into service for in-flight refueling of Iraqi origin, given that the sources in this regard are conflicting. However, it is necessary to specify that not all in-flight refueling and strategic transport aircraft are immediately available for operational tasks given that in turn part of them are still today detached to support civilian operations of the Saha Airlines.

Despite decades of operational activity on their backs, Iranian aerial refueling aircraft continue to perform front-line service at the IRIAF and their replacement is not currently foreseen. The same goes for strategic transport aircraft which have also been used in recent years (together with tactical transport aircraft not covered in this article) to transfer men and weapons in support of the Iranian effort to extend its area of ​​​​influence in Iraq , Syria, Lebanon and Yemen.

The German Leopard 2 tank is one of the military vehicles requested by Ukraine to face the Russian offensive...
6584
Read

"While war is changing, France has and will have armies ready for the dangers of the century", these are the words of…
2821
Read

Germany stubbornly does not want to deprive itself of its tanks. Despite weeks of the campaign "Let's free the...
78717
Read

As international attention has been drawn to the war in Ukraine, tensions have risen in the Balkans…
4005
Read

On October 16, 2022, Chinese President Xi Jinping presented a report to the 20th National Congress of the Party...
4941
Read

In recent years, Russia has shown the West its technological advances in the military field through the…
48141
Read

On December 16th, with a statement that had actually already been in the air for some time, the Japanese Prime Minister Fumio...
8777
Read

Over twenty years ago, at the end of 2001, the then British Prime Minister Tony Blair supported the need to drop the...
13112
Read