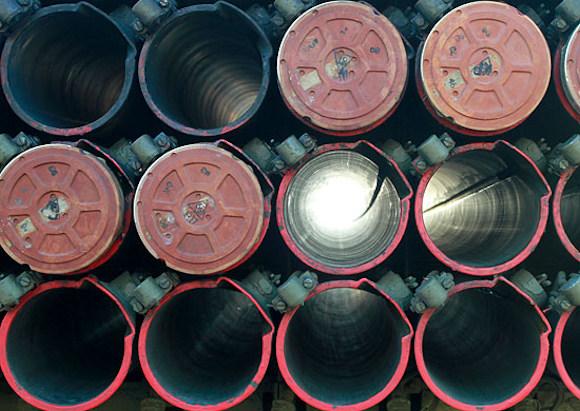 The images and videos that come to us from the Republic of Artsakh (Nagorno Karabakh) show the effects of Azerbaijani artillery on inhabited centers, causing casualties among the civilian population.

Like all former Soviet republics, the Azerbaijan Army also has Russian-made artillery pieces and field rocket launchers. At this stage of the conflict, the Baku Army is widely using, at least in this phase of operations, the 12mm 300A9 SMERCH multiple (52 barrel) rocket launcher, the rockets are armed with warheads containing sub-ammunition (in addition to the possibility of carry standard and chemical ones).

Unlike what non-experts think, the use of artillery in modern conflicts is widespread. In the Syrian war, the Russians deployed several pieces of artillery, both single-barrel and multi-barrel, which played a fundamental role even if little publicized.

The Armenians also have some specimens of SMERCH supplied and used them to hit the airbases of Ganja (home of the Turkish F-16s and UCAV Bayraktar) and Beylagan (from where the Mil Mi 24/35 attack helicopters operate. ). 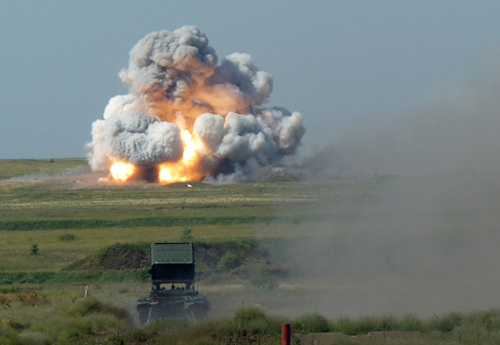 The SMERCH is an area saturation weapon system designed by the Soviets during the Cold War to destroy NATO armored units in the open field. Its use in residential areas is an open violation of international law.

However, the SMERCH is not the only rocket launcher that the Armenians have to worry about, in fact, if the Azerbaijani advance were to continue the civilians remaining in the inhabited centers of Karabakh will also have to worry about the TOS-1 (18 specimens supplied to the Army azero - photo), a 220 mm self-propelled rocket launcher with thermobaric warheads. Despite the short range (about 6 km), the thermobaric warheads are capable of killing people who take refuge in cellars, field fortifications or natural shelters. This is possible as they are composed of explosive gas, which diffuses into the air after impact and is then ignited. Its detonation causes an overpressure wave, killing anyone not inside an airtight environment.

Asphalt paving of the capitoline streets and garbage are among the most recent organizational emergencies where - without embarrassment ...
1014
Read

According to a press release from the Nerpa shipyard in Snežnogorsk, later confirmed by TASS, to ...
1375
Read

Despite continuing with the update program of the Aries tank, the Army General Staff arises ...
6528
Read

On 15 October the first fleet of 18 ACVs (the amphibious armored vehicle produced by BAE Systems in ...
9738
Read

Egypt would have signed, in August, for the sum of 1,2 billion euros, the order for two multi-mission frigates (...
9130
Read