The situation of the Italian armed forces: machine guns from the post-war period to today 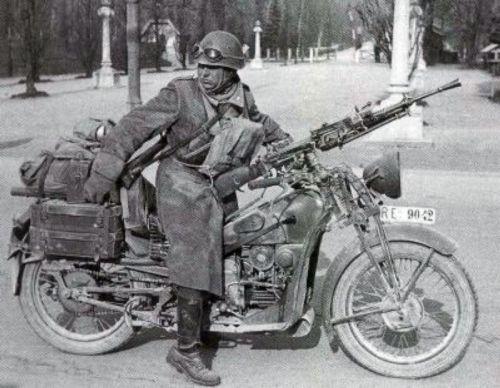 At the end of the conflict, the Italian Army found itself using weapons from the pre-war period, including machine guns.

Like LMG (Light Machine Gun), the Breda Mod.30 (photo opening) was used for a short period as it proved - already during the war - not very reliable and excessively heavy, despite being calibrated with the excellent 6,5x52 mm Mannlicher ammunition -Carcano.

As for heavy machine guns, instead, the Breda Mod.37 in caliber 8x59 mm remained in service (the weight of the weapon, without a tripod, touched the 20 kg), especially in the arresting infantry, until the end of the years 60.

Of course, American and English supplies were not lacking, such as the BAR caliber 7,62x63 mm submachine guns and the Browning 12,7x99 mm heavy machine guns by the former; light machine guns Bren caliber 7,7x56R mm (.303) by the seconds.

In the 50 years, under pressure from Washington, NATO armies adopted the caliber 7,62x51 mm. Instead of introducing a new machine gun, several nations decided to recalibrate the excellent German MG42, widely used during the conflict, renamed from Federal Germany MG3 with the new shot. 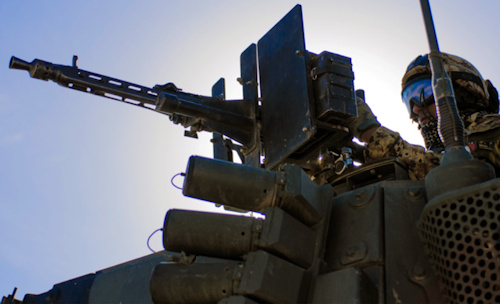 In the 1959 the Italian Armed Forces adopted the MG 42 / 59 in caliber 7,62x51, the weapon was produced by a consortium formed by the Beretta and the Franks, and was equipped with a heavier shutter, compared to the original, which reduced the cadence of shooting from 1.200 strokes per minute to 800, thus allowing a better controllability of the weapon and less overheating of the barrel.

With the 80 years, NATO passes the 5,56x45 to a lower caliber and the Belgian FNH MINIMI light machine gun in the same caliber makes its appearance. However, Italy will adopt it only in the following decade, following the renunciation of the LMG AS 70 / 90 version, derived from the new (so to speak) assault rifle 70 / 90.

Currently Beretta is planning a new submachine gun, in 5,56x45 caliber, powered by a tank, to be used alongside the ARX family. While in the fusilier teams (mechanized infantry, landing, and bersaglieri, alpine, parachutists) the Minims are used both in 5,56x45 mm caliber and in 7,62x51 mm caliber. 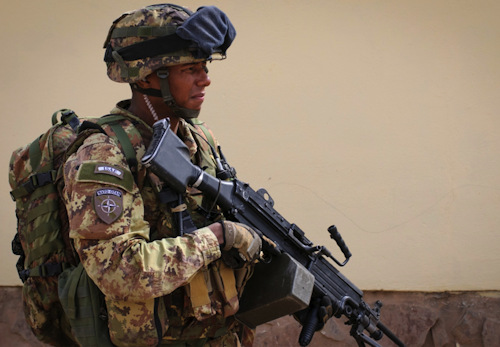 The operational scenarios (especially the Afghan one) in which our soldiers were employed, demonstrated the importance of having effective ammunition at medium distances and able to penetrate even slightly protected targets.

Recent studies, conducted by the British Army, have shown the scarce terminal efficacy, in the short distances, of the minimum caliber 5,56x45 mm. The British are even thinking of reintroducing the Bren (L-4A3) - used in the Falklands and the first Gulf War - into service in caliber 7,62x51 mm to be used alongside the L-129A1 semi-automatic rifle in the same caliber (ie replacing the fire of saturation with that of semi-automatic precision).

In the infantry squads of the Italian Army the Minimal 5,56 caliber could be replaced with those of higher caliber (two per squad), to be used alongside experienced shooters armed with the Beretta ARX-200. Or, in order to lighten the weight of the ammunition carried, one could experiment, in at least one of the fire teams (4 / 5 soldiers), the use of a bolt-action in caliber 7,62x51 (for example the Victrix PUGIO) in addition to the Arx -200.

After the suspension of the German KSK for pro-Nazi sympathies, it is the turn of the prestigious 22nd SAS regiment (Special ...
3704
Read

In recent years there has been a resurgence of the piracy phenomenon in the Gulf of Guinea, in the part ...
3067
Read

Throughout the period of the Cold War and up to the present day, the series of assault rifles (including models ...
1931
Read

Although the Aviation with the Star of David (Heyl Ha'Avir) is completing the acquisition of the 5th fighter ...
4618
Read

The concept of hegemony has a complex history but also a pressing topicality, not only in terms of theories ...
2444
Read

In an official note of 21 July, the Honorable Matteo Perego of Cremnago, member of the Defense Commission of ...
3075
Read

On July 12, the IAF (Israeli Air Force) activated a new flock of special forces. The 7th flock will encompass the ...
6115
Read

The Turkish government's decision to make the Hagia Sophia a mosque is part of the process of ...
3737
Read