Home Military world The caliber revolution and the rediscovery ...

The caliber revolution and the rediscovery of 7,62 NATO 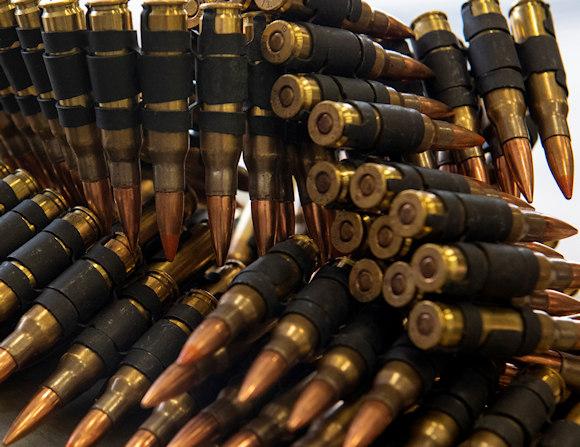 With the victory, which took place at the beginning of the year, of Sig Sauer in the race called by the US Army for the Next Generation Squad Weapon (NGSW) - aimed at introducing new models of assault rifles and LMGs (Light Machine Gun) into service - a new ammunition in caliber 6,8x51 mm. The cartridge (.277 Fury) has a case of the same length as the 7,62x51mm NATO shot (derived from the .308 Winchester) and a 135-grain bullet.

At the moment it is not yet clear how and when the Army intends to distribute the new weapons to the departments, it would however seem that the M-4 carbines in caliber 5,56x45 mm will remain in service for a while.

The Pentagon has long been looking for a new caliber to implement infantry squads' firepower. In Afghanistan, with operational scenarios characterized by long-distance engagements, the Western infantry found itself in difficulty (overmatch) against the Taliban militias armed with former Soviet weapons (mainly AKM, RPK, RPD, PKM in caliber 7,62x39 mm and 7,62x54 mm). This situation meant that the 7,62x51 mm caliber was back in vogue, not only with the accompanying machine guns.

How come the 7,62 had it been sidelined, at least as far as assault rifles were concerned?

An analytical study of WWII infantry fighting had revealed that most of the firefights took place at distances well below 400 meters, although the soldiers were armed with rifles and ammunition capable of engaging a target up to 2.000 meters away. 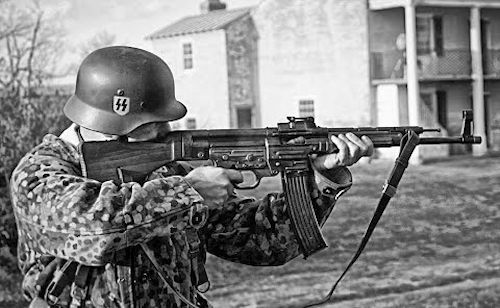 The Germans were the first to understand that, if an infantryman could use lighter and less powerful ammunition, effective only at the effective range of use, he could carry a greater number of shots, with a consequent increase in the volume of fire delivered. , thanks also to the introduction of weapons equipped with a firing selector. The German Army treasured these considerations and presented the assault rifle (Sturmgewehr - photo) chambered for the 7,92x33 mm caliber cartridge short. The combination of assault rifle and weakened cartridge gave the single German infantryman, at least in the last phase of the conflict, a considerable increase in firepower thanks to the possibility of firing in bursts.

On the Allied side some precautions were not taken, also due to the production lines already set up and the huge stockpiles amassed. The development of new ammunition takes time and still during the Korean War (1950-53) the American and Allied infantry were still armed with models dating back to the Second World War (mainly M-1 Garand, BAR, etc.).

Beyond the curtain, however, there was a lot of interest in the caruccia short German. The Soviets in fact produced the M43 ammunition in caliber 7,62x39 mm, for SKS carbines and Ak-47 assault rifles. The result was exceptional, as the M43 shot combines shock strength and lethal effects at normal combat distances (100/200 meters), despite being compact and equipped with a rather light charge to be used with rifles. assault capable of delivering automatic fire.

The British also began to develop a new cartridge to replace their outdated 7,7 mm (.303), an ammunition whose launch charge was composed of cordite, a poorly effective propellant, and which was edged, a feature that made it inexpensive. practical use with automatic weapons. 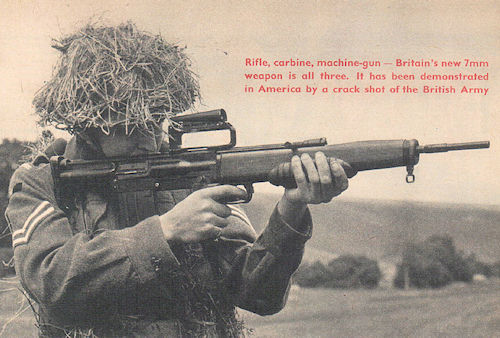 At this point politics came into play. A new English cartridge arrived just as the Atlantic Pact was being signed (1949), which contained a clause under which all the nations belonging to the Alliance were obliged to employ, as far as possible, an arms standardization program, ammunition for small arms was at the top of the list of priorities.

The idea of ​​using the same cartridge throughout the NATO area was certainly valid, however the Americans did not have much sympathy for the new British .280 ammunition, as they judged it to be poorly powerful at long ranges.

The cartridge used by the Americans at that time was the .30-06 (a 7,62x63 mm), now considered obsolete (dating back to 1906) and therefore ripe to be replaced by a new one. Nevertheless it was taken as a reference for the manufacture of a new ammunition. By reducing the case length to 51 mm, it seemed that the designers were on the right track to produce a shorter cartridge, however the bullet retained, more or less, the same weight as before, so much so that the launch charge meant that the overall effects were only slightly less than those of the .30-06 cartridge.

The United States adopted the new 7,62x51mm ammunition in 1952, which essentially meant that other NATO armies would have to do the same. The Allies were in such disastrous financial conditions following the conflict that they were forced to accept that Washington would be paying the military bills for the defense of Europe for many years to come. 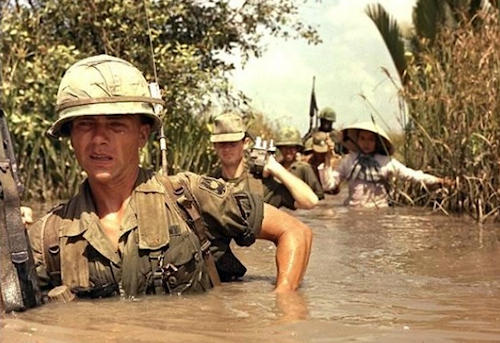 It will remain the standard NATO coup for many years. In the 60s the US Army (although the first acquisitions were by the USAF) began to introduce the ArmaLite AR-15 (M-16) in 5,56x45 mm caliber with a 55-grain bullet. The necessities of the war in Southeast Asia involved the use of a light weapon, capable of delivering a high volume of fire. Initial experiences in the jungle were not positive for the new ammunition. The problem of weapon jams was particularly serious: the first batches of ammunition distributed to the troops had a new propellant charge, different from that known by the abbreviation IMR (Improved Military Rifle), which burned completely and cleanly. The new charge, however, known as granule powder, introduced into service in 1954, was used to fill the shells of 5,56 mm ammunition.

When this ammunition reached the departments engaged in the Vietnam jungle, trouble began because, adding to the lack of cleanliness of the M-16 rifles, the residues left by the new granular powder cartridges formed inside the weapon a viscous compound which, until hot, it was a sticky paste, once it cooled it solidified due to the presence of carbon elements, thus blocking the firing mechanism of the rifle (the only way to unlock it was to introduce a pipe cleaner along the core of the barrel, a very complex in a combat situation).

As for the ballistics of the 5,56x45 mm caliber shot, however, the perplexities were directed towards the power: the small size of the shot meant that very little kinetic energy was released on the target, compared to a larger caliber shot. In practice, if the opponent was not hit in a vital point of the body, or did not hit a bone bouncing inside and thus creating greater damage (even if the blow often "overturns" causing a greater laceration of the tissues) these could continue. to fight. That is why in the early 80s the new SS-109 (M-198) shot with a 62 grain bullet was introduced. 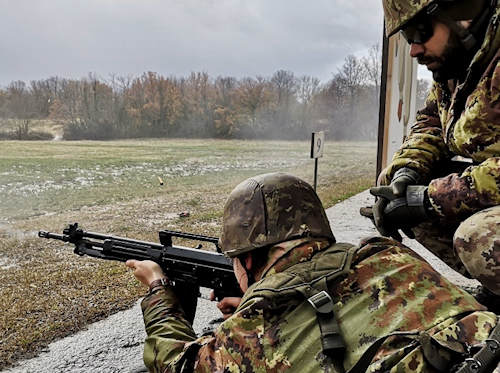 The new shot triggered the adoption of new assault rifles in other NATO armies. Italy was one of the last countries to officially adopt the 5,56x45 NATO caliber, in 1992 with the Beretta AR / SC / SCP-70/90 system (photo).

As we wrote at the beginning of this article, the 7,62x51mm ammunition still remained the standard caliber for sniper rifles and accompanying machine guns (in the mid-90s the SME had the absurd idea of ​​recalibrating MGs. -42/59 in 5,56x45 mm, an idea fortunately remained only at the prototype stage).

With the need to have a shot with ballistic performance above 5,56, the so-called "battle rifles" in 7,62 caliber were widely reintroduced in the infantry squads (a few years ago the Italian infantry received the Beretta ARX-200 ). Moreover, for some years now, the USSOCOM has chosen the 6,5 caliber Creedmor (6,5x49 mm) for bolt-action supplied to special departments.

Un fire team it should be armed with a mixture of 5,56mm and 7,62mm caliber small arms, so that it can engage a variety of targets. 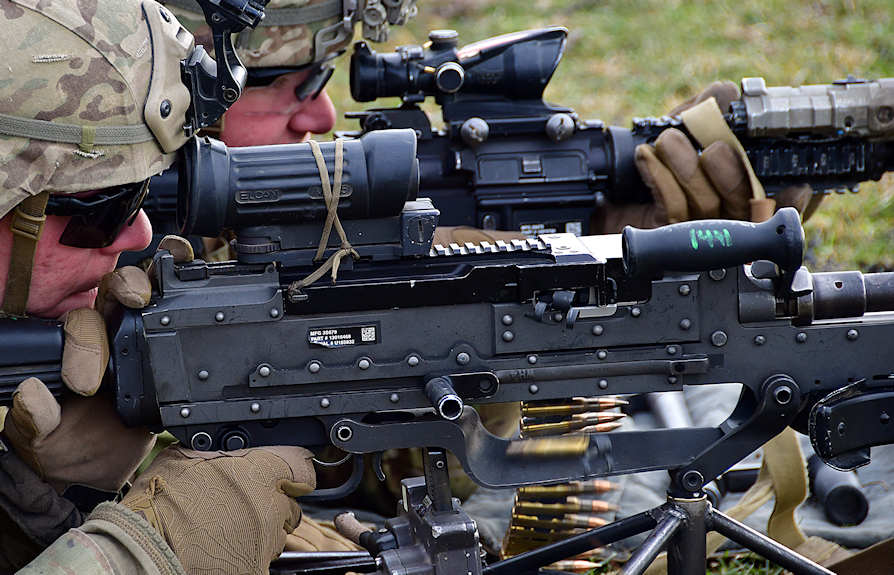 In 1954 the Armalite Division of the Farchild Engine & Airplane Company began the development of an assault rifle ...
5639
Read

After a long period of experimentation by the "Folgore" brigade, the ...
14922
Read

The war in Ukraine is showing that the armored component is still fundamental in a modern army. There...
6675
Read

Like every summer, many, too many are the fires that devastate hectares and hectares of woods. Often the Fire Brigade ...
2135
Read

While Turkey is tightening its tone towards the Greeks, breaking the dialogue with the government of Athens, Paris ...
74191
Read

Pakistan purchased the Chinese Z-2006EC helicopters in 9, an ASW variant specifically produced for the ...
22866
Read

They are certainly not new, the recognized abilities of Sultan Erdoğan to move with extreme ease among the ...
53501
Read