Home Military world The RAF goes back to considering the use of a ... 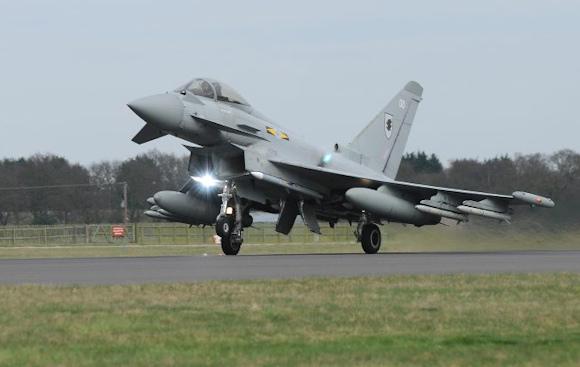 According to what emerged from the interview with the Telegraph ofair chief marshal Sir Mike Wigston on the part of the Royal Air Force is willing to return to carrying out exercises Agile Stance.

Sir Wigston's primary concern is "The arsenal of advanced cruise missiles (9M729) that Putin boasts of" present in the Russian enclave of Kaliningrad "That sees the United Kingdom within their radius". This type of exercises that took place during the Cold War saw the relocation of operational departments from their main bases to secondary airports or on the highways.

This need for a return to the past is also due to the fact that the entire fleet Typhoon of the RAF is located in only two bases, namely that of Coningsby in Lincolnshire and that of Lossiemouth in Scotland. For theair chief marshal it is therefore a challenge to find suitable places (we are talking about 12) to be able to relocate their aircraft while maintaining active the capabilities that had been acquired during the Cold War with the then Sepecats Jaguar. 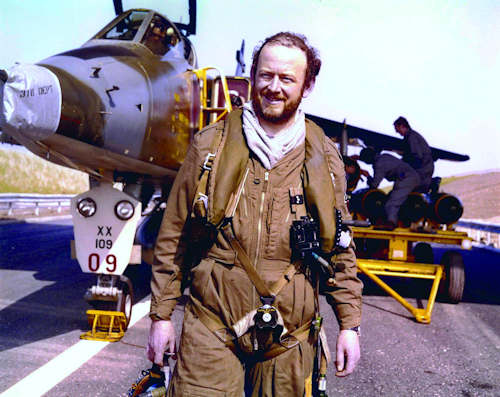 In fact, last week i Typhoon RAF first tested hot pit refueling capabilities in Norway as a test exercise to test the ability of jets to operate from a makeshift location. A very different thing concerns the F-35Bs of the Marham base which by virtue of their STOVL skills can be deployed in improvised bases as was the case for the Harrier in West Germany.

The Royal Air Force first tested these activities on April 26, 1975. On that day, test pilot Tim Ferguson (photo) made a demonstration landing aboard a Jaguar on the M55 motorway between Preston and Blackpool, Lancashire.

However, this kind of activity still takes place in many other countries around the world. To name a few, similar activities have recently taken place by the 4th Air and Air Defense Forces Command of the Russian Federation operating with Sukhoi Su 27, Su 30SM and Su 34 on the highways of the Rostov region, or the F / A 18C Hornet area of Ilmavoimat Finnish with the tutorial Talvinorva 21 at the 9523 road in Lapland.

The Finns have great experience in this field, since the 60s (photo below) they have studied and developed stations along their motorway network where they can operate their aircraft with adequate logistical support, maintaining these capabilities over time even after the collapse of the 'USSR.

A Pakistani court has summoned the heads of all past and current governments, including the former military governor ...
615
Read

The experience gained on the ground, in the last two decades, by the Italian military personnel engaged in the missions ...
12894
Read

After the decommissioning of the M551 Sheridan tank, which took place in the mid-90s of the last century, the US Army ...
16405
Read

The director of the Kredmash mechanical plant in Kremenchuk would have confirmed (source Komsomol'skaja Pravda) that ...
7847
Read

On June 6, with two separate ceremonies at the Fort Wainwright and Elmendorf-Richardson bases, she was reactivated in ...
9034
Read

For a long time, Difesa Online has emphasized the importance of acquiring (and maintaining) artillery pieces, monotube and ...
22746
Read

British Army Chief of Staff Sir Patrick Sanders says the invasion of Ukraine by the ...
12847
Read

During the last world war the Panzerkampfwagen V Panther, having solved the initial mechanical problems, was ...
27683
Read