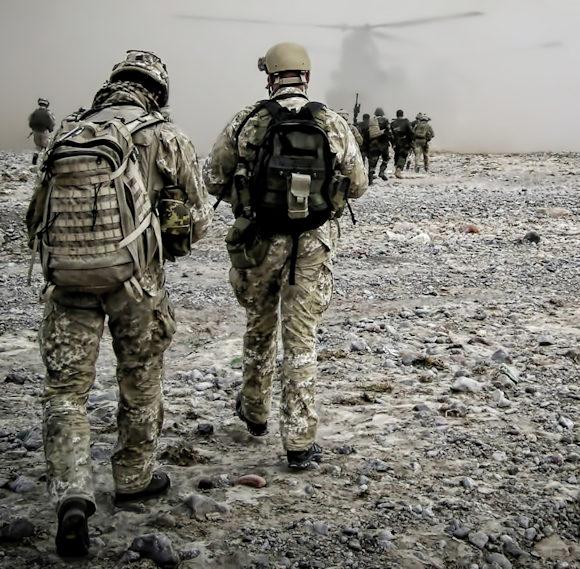 With the entry into the COFS (Joint Command for Special Forces Operations) of the 4th regiment Cleaning and of the 185 ° RRAO it would have been only a matter of time for the question of economic treatment to come out, or the request to standardize the employment allowance, of the aforementioned departments, with the other special units whose staff is in possession of the joint patent of raider.

Let's do a bit of order by going to see what the legislation says about it. Law no. 78 of 23 March 1983 (which organically reformed the entire system of operational allowances), provides for a basic operational employment allowance (article 2, paragraph 1), common to all military personnel regardless of the employment situation , in any case characterized by operating conditions far superior to those of the remaining personnel of the public sector, and other fundamental operating indemnities, the value of which is calculated according to a percentage increase of the former (which is equal to 100%), with the aim of compensating for specializations of personnel who are qualified and employed in sectors of greater risk, discomfort and psycho-physical wear and tear.

Subsequently, the decree of the President of the Republic n. 171 of 2007 specified that the personnel of the Army, Navy and Air Force, in possession of the joint patent of Incursore, maintains the remuneration referred to in article 9, paragraph 2, of law no. 78 of 1983 even if used "for purposes of the Special Forces" and in operations / exercises that require the performance of the typical activities of the incursor personnel, at other commands and operational units of the Armed Forces as well as at other Administrations in the amount of 180% of the basic operating allowance.

The aforementioned indemnity, therefore, is defined additional, has the function of offsetting particular positions or conditions, even occasional ones, in which the personnel employed in a particular operational activity pays and has a subsidiary character with respect to the so-called "fundamental" ones which, on the other hand, are fixed and continuous for the entire period destination to a particular body or department. 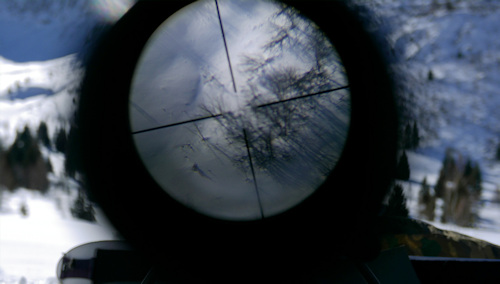 The aforementioned decree also provided that the Army, Navy and Air Force personnel in possession of the Interforces military license of Incursore and in service at the departments, command structures and organic positions of Special Forces, identified with specific determinations by the Chief of Defense, in addition to the additional monthly allowance referred to in Article 9, paragraph 2, of Law no. 78 of 1983, is entitled to a "monthly supplementary allowance for special forces operator" in the gross amount of € 120,00 (article 6, paragraph 5), cumulative with the fundamental and additional operational indemnities provided for by law no. 78 of 1983 and subsequent amendments (article 6, paragraph 7).

Among other things, unlike the fundamental ones, for some additional indemnities, including the incursors one, the so-called "drag" mechanism is not provided, which is attributed to the staff in case of change of destination / unfitness / termination of service a percentage of the previous indemnity in order to compensate for the inconvenience incurred in carrying out a tiring and risky activity for which this supplementary was granted.

In addition, the decree of the President of the Republic of 16 April 2009, n. 52, has ordered that from 1 January 2009 to officers, non-commissioned officers and volunteers in permanent service of the Army, Navy and Air Force, in possession of the qualifications of Objective Purchaser or of Cleaning, respectively in service at the 185 ° RRAO and the 4th regiment Cleaning, pays an additional monthly indemnity in the amount of 20 per cent of the "Basic operational indemnity".

In the latest Presidential Decree issued on 11 September 2007, reference is made to the compensation for FS in favor of the patented Incursore personnel who work in the 4 departments Tier 1 of the FA together with the COFS, moreover, in the extract of resolution 7/00228 concerning the contractual queue of the year 2019 explicit reference is made to qualifications and not patents Cleaning and Objective Purchaser. 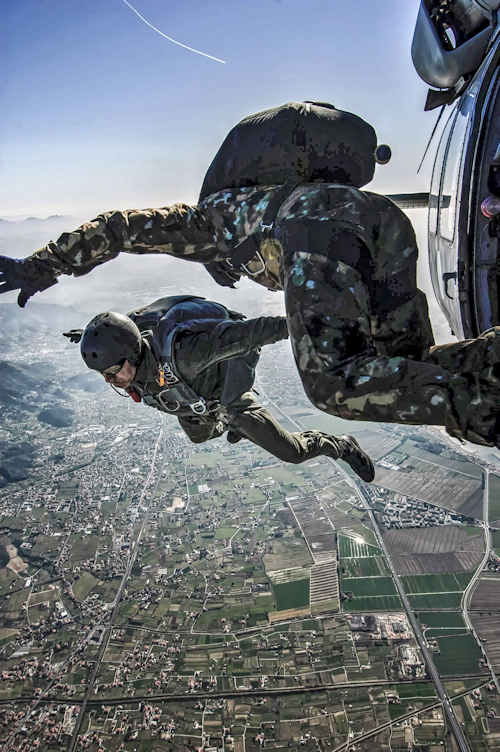 The substantial difference between patent (such as the Raider, the Pilot, the Paratrooper) and the qualification resides precisely in the fact that the first is of a purely inter-force nature and is sanctioned by Ministerial Decree (DM) by the Ministry of Defense by virtue of passing a course and maintaining the skills achieved within a department or command of Incursors .

The difference therefore between the 2 titles (patent and qualification) is quite distinct and separates the professional figure of the Raider from that of the Ranger / Acquisition Objectives also for the following reasons:

Interforces patent of Incursore: ability to carry out all 3 core NATO SOF activities (SR, DA, MA) up to the 3rd (most complete) level of Special Operations Task Group - together with the 4 national missions approved by Mr. CaSMD, which, among other things, involve direct interaction with other branches and departments of the State, from which further responsibilities and risks arise, both physically and legally. The patented Incursore staff works in FS-Incursori departments Tier 1 and at the Joint FS or FA commands.

It is therefore clear that even within the 3 NATO SOF fundamental activities there are different capacitive levels that can be expressed by the Incursore operator compared to the other 2 professional figures, together with the 2 national missions, and consequently, the levels of risk and readiness are also different. Furthermore, the fact that Cleaning e Purchaser Objectives are FA qualifications cannot be a factor in increasing the FS indemnity since it is linked to a joint-force (Incursore) patent (see resolution 7/00228). Therefore, in addition to pointing out the inaccuracy in defining the aforementioned qualifications as "patents" as they are not covered by DM and not of a joint nature, it is incorrect to state that qualified personnel Cleaning ed Purchaser Objectives is subjected to the same risks and carries out the same activities as the patented staff Incursore, as this is in stark contrast with the doctrine of employment of the OS Sector of Defense as well as with the actual basket capacitive expressed by the two different levels existing between the FS Incursori departments Tier 1  and the FS departments Tier 2.

Following the directive for the strengthening of the OS (Special Operations) sector, approved by the Chief of Defense Staff on 26 April 2018, it sanctioned the capacitive extension to the so-called full spectrum of the duties (SR, DA, MA) envisaged by the doctrine for NATO SOF - until then attributed only to the personnel of the FS Incursori departments Tier 1, or the 9th Assault Parachute Regiment With Moschin, GOI, 17th flock and GIS - also to the 185th RRAO and the 4th regiment Cleaning, determining the elevation to the rank of Special Forces Tier 2. 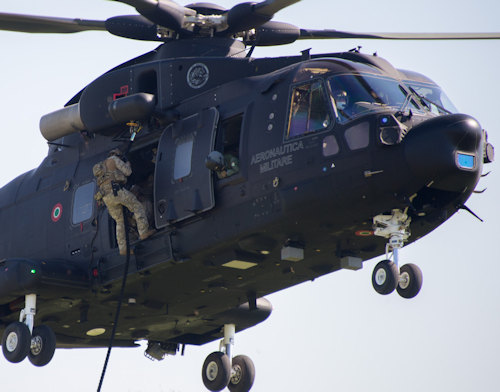 The capacitive levels (Animal) were in fact remarked and approved in the Directives in force of the SMD precisely to distinguish the professional figures (Incursore Tier 1 from Ranger / Acquisition Objectives Tier 2) as well as the respective levels of risk and expertise required.

As indicated above, the Incursori departments Tier 1 they must also perform 4 other activities of national interest in addition to the aforementioned 3 NATO SOF activities but at a higher capacity level.

The Chief of Defense Staff pro tempore, in the aforementioned provision, he then highlighted the need to identify incentive strategies for recruitment for the OS sector - redetermination of additional allowances (yes, you can learn it) - in order to preserve theoutput operational of the Defense, or the ability to ensure structures of Special Forces (FS) for any needs of the Special Operations Section, also by virtue of the elevation of 4 ° and 185 ° as FS departments Tier 2.

However, in our humble opinion, whoever obtains the joint patent of Incursore he wants to push himself beyond his own limits, he wants to belong to a small group elite of warriors. That is why the aspirant Incursore face a very tough selection and course (and such they must remain): to go where only a few dare to go. In recent times, General Graziano had already expressed his opinion on the possibility of "lightening" the courses for the acquisition of the Incursore joint-force patent, in order to have a greater number of patented personnel. Such a measure would lead, in the medium term, to a inevitable decline of operational capabilities, causing serious damage to the entire Special Forces Section.

The Incursori departments Tier 1, as the Nono, must remain aelite within the respective Armed Forces, and this also means receiving a higher allowance than the FS regiments Tier 2 also in light of the different and highly demanding capacitive level requested by Mr. caSMD in the Directives in force.

From an institutional point of view, the Honorable Matteo Perego di Cremnago, member of the Defense Commission of the Chamber, has encouraged the parties involved to start as soon as possible the work of the "technical table" in order to better determine the concrete feasibility of guaranteeing a such staff - Cleaning and Acquisitori - an increase or a remodeling, also in relation to the renewed and common methods of use, quantifying the costs and without altering the balance of the 1983 law (which is not feasible since the same Law should be rewritten by redistributing the indemnities to the detriment of other professional figures dealt with in it).

The solution therefore could only be an increase in the basic allowances at the Armed Force level, but without touching the corpus joint-force legislation in force, which clearly explains the skills required of personnel in possession of the joint-force patent of Incursore and the peculiar qualities necessary for the achievement of the same; qualities that cannot be duplicated or "flattened" precisely because of the delicate tasks attributed to the units alone Tier 1.

A Pakistani court has summoned the heads of all past and current governments, including the former military governor ...
585
Read

The experience gained on the ground, in the last two decades, by the Italian military personnel engaged in the missions ...
12858
Read

After the decommissioning of the M551 Sheridan tank, which took place in the mid-90s of the last century, the US Army ...
16400
Read

The director of the Kredmash mechanical plant in Kremenchuk would have confirmed (source Komsomol'skaja Pravda) that ...
7832
Read

British Army Chief of Staff Sir Patrick Sanders says the invasion of Ukraine by the ...
12842
Read