Home Military world The unprecedented crisis of the Army pa... 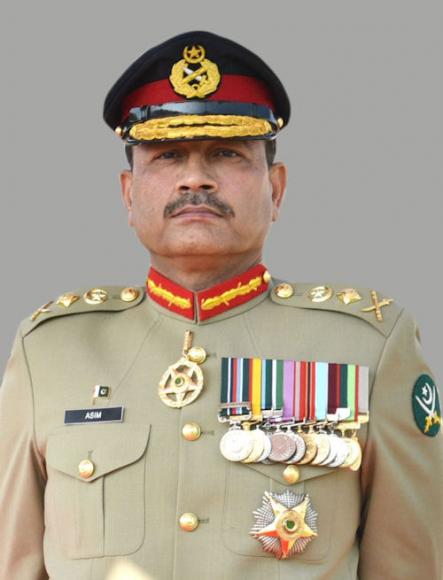 The Army has so far been the only stable institution in Pakistan's maelstrom of economic, political and judicial crises. However it would seem that his influence is starting to wane due to infighting and politicians who question his once indisputable role within Pakistani society.

For the first time, protest demonstrations against the officers are being organized in the Asian country. On social platforms, the leaders of the Army are addressed as "dogs" and are asked for their resignation.

The military establishment is known for its past harsh crackdowns on protesters and for overthrowing civilian governments that did not submit. This line has in fact preserved the Army from any criticism and opposition. But now the people and the politicians seem to want to challenge the constitutional norm that does not allow criticism of the military apparatus and the desire to establish a supremacy of civilian institutions in the country.

There is no doubt that Pakistan's future should be decided by the people, not by conspiracies and military. Pakistani civil society has long criticized the Army for its meddling and control of Pakistan's internal and external affairs. So far, no democratically elected leader has shown the courage to confront the power of the military, which silences the people through the indiscriminate use of violence. But things are gradually changing, especially following the power struggle between Pakistan's main political parties.

Former Prime Minister Imran Khan has become highly critical of the military, believing that Army meddling was behind his premature and humiliating ousting from the government in April 2022.

He blamed the Army leaders for conspiring against him. Khan openly accused former Chief of Staff General Qamar Bajwa.

This was an unprecedented gesture for Pakistan. Since then, Khan has never stopped attacking the leaders of the Pakistani army, holding them responsible for the attacks on his life. He also called on his supporters to demonstrate against the military and the current government in Islamabad.

Khan told his supporters that "until these men step down, you will have to demonstrate and oppose injustice".

The current government led by Shehbaz Sharif is having a hard time maintaining a semblance of stability, this is due to the constant unrest fomented by Khan, but also due to the economic crisis and infighting among Army officers.

All of this is creating an unprecedented state of tension for the military institution. In addition, several officers, including the recently retired army chief Bajwa, faced heavy corruption charges. Bajwa was accused of embezzling large sums of money during his six-year tenure as army chief. This made him infamous and unpopular in Pakistan.

Pakistani Foreign Minister Bilawal Bhutto Zardari has publicly rebuked the Army for its defeat against the Indians in the 1971 war that led to the creation of the state of Bangladesh.

The Pakistani people continue to denounce the Army's interference in the country's political life on social media. Interestingly, the Army has been blamed for rigging the 2018 election and making Khan the prime minister. Obviously the military's interference in Pakistani politics was a "secret" known to everyone in the country. What has changed is that now everyone is talking about it openly, thus increasing the pressure on the military.

For the first time, the Pakistan Army has acknowledged its "illegal" interference in politics. A few days before his retirement, General Bajwa called the Army's constant interference in Pakistani politics over the past 70 years "unconstitutional".

Inside the Army headquarters, there are strong discontents among the top management over the appointment of the new Chief of Staff. Following the appointment of General Syed Asim Munir Ahmed Shah (photo), two senior officers resigned from their posts.

The new chief of staff, on the home front, will be called upon to restore prestige to the Army's role in Pakistani society, given that by now public opinion accuses him of being the root cause of the country's problems.

The German Leopard 2 tank is one of the military vehicles requested by Ukraine to face the Russian offensive...
6563
Read

"While war is changing, France has and will have armies ready for the dangers of the century", these are the words of…
2819
Read

Germany stubbornly does not want to deprive itself of its tanks. Despite weeks of the campaign "Let's free the...
78707
Read

As international attention has been drawn to the war in Ukraine, tensions have risen in the Balkans…
4004
Read

In recent years, Russia has shown the West its technological advances in the military field through the…
48135
Read

On December 16th, with a statement that had actually already been in the air for some time, the Japanese Prime Minister Fumio...
8775
Read

Over twenty years ago, at the end of 2001, the then British Prime Minister Tony Blair supported the need to drop the...
13108
Read