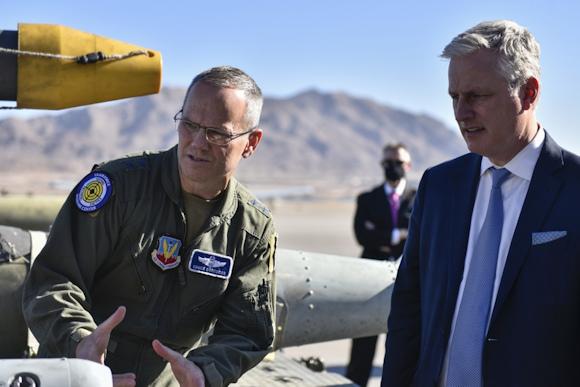 On the American model of the National Security Advisor (NSA), Forza Italia deputies - on the initiative of the member of the Defense Committee of the Chamber Matteo Perego di Cremnago - presented a bill aimed at establishing the Department of Security of the Republic.

There is no doubt that the concept of National security it has changed profoundly since the end of the Cold War. Our institutional apparatuses have remained stuck on too slow and bureaucratic procedures (an example is the Supreme Defense Council); the threats and risks of the XNUMXst century are diversified and require rapid responses, which produce effective coordination between the ministries concerned. In the current crisis scenarios, the distinction between internal and external security tends to disappear, while foreign policy must be increasingly supported by a correct use of the military instrument.

The idea is emerging that, in order to protect the national interest in an optimal way, it is now essential to use all the instruments available to the State in a coherent and integrated way. The American NSA operates for this purpose, in the figure of the President's personal advisor, who manages everything related to national security. It is a juridical figure, created by President Eisenhower in 1953, carrying out his activity within theexecutive office of the president.

In the event of a crisis, the director must ensure that the chairman has all the necessary information and allow all possible options and risks associated with each of them to be evaluated..

One of the objectives of the bill - without prejudice to the revision of Law no. 124 of 2007 - is to create greater integration between the The information and security department of Defense and other security agencies (AISE and AISI), in order to guarantee greater interchange. Furthermore, the need to simplify and make more effective the interministerial dialogue on fundamental issues such as the G2G (Government to Government, ed), the golden power, international military missions, the investments of the main national companies and the protection of strategic assets.

In this regard, the proposed law aims to establish the Department for the Security of the Republic.

It is a link between the presidency of the council of ministers, the ministry of defense, the ministry of the interior, the ministry of foreign affairs and international cooperation and the ministry of economic development. A strategic department, which symmetrically to the delegated authority for the security of the Republic, would be the guarantor of an agenda that pursues the national interest, which acts as a glue between the different powers of the ministries and favors the action of the president of the advice in a greater verticalism which, in the pandemic era, taught to be fundamental.

In fact, among its functions there is also that of imparting and promoting guidelines on investments for the Defense sector as well as the main national companies.

The Department of Security of the Republic is governed by internal regulations approved by the President of the Council of Ministers and the meetings and all acts of the Department are secret.

The head of the Department remains in office for 5 years, for a maximum of two mandates, under which he has three general directorates and a general management level structure.