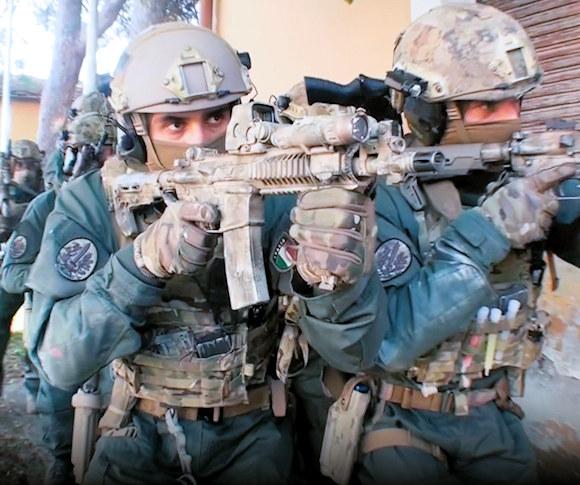 The conflict in Ukraine has "distracted" the magazine in recent months from continuing to deal with issues relating to the national compartment FS. However we want to offer readers an update on the latest developments in the allowances to be given to operators.

As we have already reported, by virtue of a so-called "contractual queue", starting from next June 15, 2022, to military personnel in possession of "patents" (although there is no administrative act issued by the Ministry of Defense, SME insists on defining patents what they really are qualifications) Of target acquirer or creak, respectively in service at the 185th RRAO and the 4th Alpine Paratroopers Regiment, or in service at the departments, command structures and organic positions of the Special Forces, pays an additional monthly indemnity in the amount of 170% of the indemnity basic operational use. This will apply to military personnel of the Armed Forces from 1st corporal to captain (and corresponding ranks).

The basic operating allowance already existing and sanctioned by Law no. 190 of 78 March 23, pursuant to art. 1983 paragraph 9, which was originally set at 2%.

So, as can be seen, the departments raiders (With Moschin, GOI, 17 ° flock and GIS) get a small increase while the acquirers and creak they will have a substantial increase in their allowances, which will bring the difference between operators Animal 1 and Animal 2 for a few tens of euros (for the creak, the allowance received as belonging to the Alpine troops will be absorbed in 170%).

The increases in allowances are the result of the will of SME to make the 185th and 4th "attractive" for volunteers, there being quite a few problems with recruiting.

Analyzing the text of the DPR April 20, 2022, n. 56. "transposition of the consultation measure for non-executive personnel of the Armed Forces - Regulatory and economic three-year period 2019-2021" in art. 13 dealing with operational employment indemnities pursuant to law no. 23, point 1983, we read that starting from December 31, 2021 and valid from 2022, to military personnel in possession of "target acquirer" or "ranger" patents respectively in service at the 185th Reconnaissance and Objective Acquisition Parachute Regiment and the 4th Alpine Paratrooper Regiment, or in service in the departments, command structures and organic positions of the Special Forces, pays an additional monthly allowance to the extent
170% of the basic operational employment allowance.

Now, as already specified above, the so-called "patents" (actually Armed Forces qualifications) are not regulated by any Ministerial Decree, and to be equated with the Interforces patent of the Incursore they must be the legacy of all the Armed Forces, which should therefore equip themselves with similar units Animal 2 (and we are sure that departments such as the special forces company within the 2 rgt marine infantry brigade Saint Marco are well prepared to jump aboard this equation).

The question therefore is: are all these units really necessary within the Italian Special Operations Section? There will be no further duplication of what has already been expressed by the Incursor Departments Animal 1 which constitute the nucleus of the Italian Special Forces? Is it possible that at the political level this important definition has been neglected without carrying out any in-depth analysis? And above all: how many funds will be "distracted" by the Departments Animal 1 to power a further enlargement of the compartment itself with inevitable negative consequences, especially for powering the Incursori units?

The reason is obvious: in the Presidential Decree of 20 April 2022, n.56, reference is made to the law of 23 March 1983, n.78, but there is a further inaccuracy in addition to the aforementioned "patent" of the departments Animal 2: in the text of 78/83 we speak exclusively of the Incursore patent and above all we speak of the proportionality of the additional indemnities to be conferred on personnel in possession of the patents, as also recalled in the recent resolution of the president of the IV Defense Commission Gianluca Rizzo, no. . 8-00116 "On the economic treatment of the Special Corps of the Armed Forces" which is in the process of being approved, accepting the reformulation of the Government, also citing article 36 of the Constitutional Charter which establishes that the worker has the right to remuneration proportionate to the quantity and to the quality of his work.

The quantity and quality of the work performed by the departments Animal 1 have been quantified and distinguished by the Joint Command for Special Forces Operations (COFS) within very recent directives (end of 2021) which clearly decree the difference between Incursor departments Animal 1 and the wards Animal 2.

If the tasks at the NATO level remain similar (and in any case not the same at the capacitive level), the Incursor units must prepare and be available for further tasks of national interest (for example the release of hostages) which significantly differentiate them from the Animal 2.

The elevation of the additional indemnities of the Incursori departments from 180% to 190% is rather jarring with this principle of proportionality with respect to the departments Animal 2, which with their 170% are detached by a few tens of euros less. We are convinced that this situation will lead in the long run to a reduction in enrollment in the units Animal 1, since it will be more attractive to attempt a qualitatively less demanding selection to enter a department Animal 2 where an indemnity of just under a Raider will be achieved.

The previous commander of the COFS, the air squad general Lanza de Cristoforis, during the hearing at the Chamber of Deputies on the occasion of the resolution regarding last year's additional allowances, asserts promptly "Due to the additional missions (national ones) that characterize the training and capabilities of the raiding departments only (Tier 1), the related departments ensure a high level of readiness on a daily basis". It is clear, if not dogmatic, that the training of a department is a function of the tasks to be performed.

Therefore, if the objective is the flattening of the entire Special Operations Section as well as the figure of the Raider, then we are on the right path, but we believe that these measures are particularly harmful in a historical period where Italy must express valuable assets. which have gained considerable experience and prestige on a world scale over the last century, and do not diminish its value in order to chase a purely quantitative increase.

Ultimately, the article in question certainly does not want to diminish the role of acquirers or creak, you are simply trying to protect strategic assets (such as departments raiders) for the country.

Recent developments in international scenarios are highlighting the need for a "return to the past" as regards the doctrines of the SF, it will therefore be imperative to concentrate the few resources available on those departments capable of expressing themselves at the highest levels of ability.

After the decommissioning of the M551 Sheridan tank, which took place in the mid-90s of the last century, the US Army ...
1188
Read

The director of the Kredmash mechanical plant in Kremenchuk would have confirmed (source Komsomol'skaja Pravda) that ...
4393
Read

For a long time, Difesa Online has emphasized the importance of acquiring (and maintaining) artillery pieces, monotube and ...
21564
Read

British Army Chief of Staff Sir Patrick Sanders says the invasion of Ukraine by the ...
11548
Read

During the last world war the Panzerkampfwagen V Panther, having solved the initial mechanical problems, was ...
26802
Read