Home Military world The Polish rearmament passes through Washington but ... 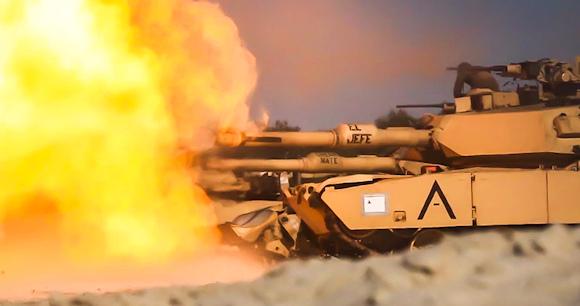 So we are talking about large orders for the American defense industry, on the other hand, after the United Kingdom, Poland is Washington's best partner in NATO.

However, Blaszczak announced that his country and South Korea will intensify their cooperation in the field of armaments and research, particularly in the field of equipment for mechanized infantry and self-propelled artillery.

He also signed a memorandum of understanding with Lee Jong-Sup, his Seoul counterpart. 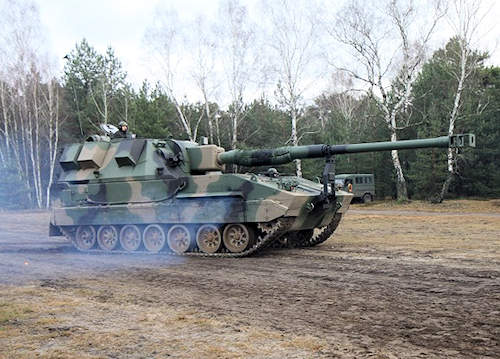 The Polish minister further stated that: "In equipping the Polish Army with modern equipment, we must do everything possible to, on the one hand, make the most of the potential of the domestic industry and, on the other hand, equip our troops with materials produced in Korea as soon as they are available".

As for artillery, the Polish Army is acquiring 122 AHS specimens Krab (photo), that is a 155/52 mm howitzer, derived from the K-9 Thunder, produced by South Korea Hanwha Defense.

Of the 80 delivered, he has just delivered 18 to Ukrainian forces. Probably, the agreement signed with Seoul should allow them to be replaced and to speed up the production of those that remain to be delivered.

As for the combat vehicles for the infantry, however, the Polish mechanized infantry deploys two main models: the KTO Rosomak 8x8, the result of the collaboration with the Finnish Patria (359 armored vehicles delivered in the early 2000s), and the BWP-1, about 800 vehicles inherited from the Soviet period.

Currently, the Polish Ministry of Defense has not yet specified the type of AIFV, produced in South Korea, which could be of interest to the Warsaw forces. Hanwha Defense offers two versions: the K-21, a vehicle of about 25 tons of mass, equipped with a 40 mm turret and anti-tank missiles, and the AS-21 Redback (following photo), an AIFV with a mass of 42 tons, which allows increases in armor protection from STANAG level 2 to 6. It is also equipped with an advanced active protection system (APS) capable of "shielding" it from guided missiles and counter-tank projectiles (APS Iron Fist is integrated with an electro-optical radar that will allow the Redback to detect, classify and counter various threats). 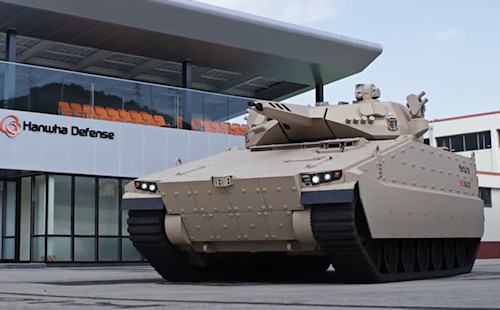 It is also true that, despite President Duda's vibrant protests against Germany, due to the "broken promises" regarding the replacement of the T-72 MBTs, sold to Ukraine, there was no mention of the possible acquisition of the K tank. -2 Black Panther, whose manufacturer, Hyundai Rotem, has developed a dedicated version for the needs of the Polish Army.

Nationally, a consortium led by Huta Stalowa Wola (HSW), a subsidiary of the Polish Armaments Group (Polska Grupa Zbrojeniowa, PGZ) has developed AIFV Borsuk since 2014. The completion of the preliminary tests, including the water and shooting tests, were completed in 2021. The qualification tests, on the other hand, are expected to end in 2022, while the vehicle's series production is expected to begin in 2024. The K-21, or the AS-21s, would therefore support the new Polish AIFVs

In short, Poland is preparing to have one of the best equipped armies in the Alliance. On the other hand, collaboration with Washington is becoming ever closer, as the superpower recognizes Warsaw as a strategically fundamental nation for northern Europe and beyond. In fact, the Polish special forces (GROM and FORMOZA) have for years now established close collaboration with their American and British counterparts, also because they are not subject to the legal limitations that afflict, for example, the Italians and the Germans.

After the decommissioning of the M551 Sheridan tank, which took place in the mid-90s of the last century, the US Army ...
712
Read

The director of the Kredmash mechanical plant in Kremenchuk would have confirmed (source Komsomol'skaja Pravda) that ...
4091
Read

On June 6, with two separate ceremonies at the Fort Wainwright and Elmendorf-Richardson bases, she was reactivated in ...
8008
Read

For a long time, Difesa Online has emphasized the importance of acquiring (and maintaining) artillery pieces, monotube and ...
21538
Read

British Army Chief of Staff Sir Patrick Sanders says the invasion of Ukraine by the ...
11523
Read

During the last world war the Panzerkampfwagen V Panther, having solved the initial mechanical problems, was ...
26778
Read