Home Military world The Pentagon wants drones for the fight ... 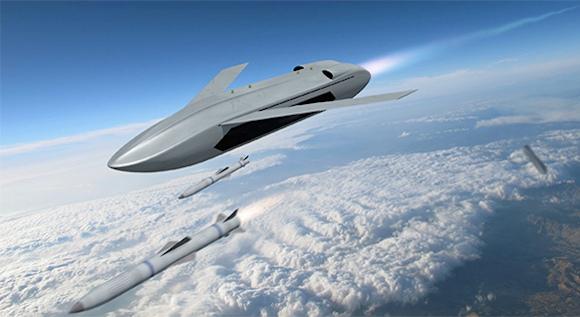 The Pentagon continues to develop UCAV capable of responding to the new operational scenarios that will arise in the future.

In 2020, a $ 22 million increase was requested to the Defense's 2021 budget for initial funding for the program LongShot, aimed at the construction of a UCAV capable of launching air-to-air missiles.

In practice, the Pentagon wants to develop the concept of Flying Missile Rail (FMR), already exhibited in 2017, aimed at developing a gregarious drone (controlled by a piloted aircraft) armed with a pair of AIM-120 AMRAAM long-range air-to-air missiles (maximum range 120 km), capable of flying for about twenty minutes at mach 0,9.

On February 8, the research agency for the Pentagon (DARPA) launched Phase 1 of the LongShot program by awarding contracts to three manufacturers: Lockheed Martin, General Atomics and Northrop Grumman.

The aim is to produce a new UCAV capable of significantly extending the range of air-to-air missiles, allowing them to engage BVR targets (Beyond Visual Range), thus reducing the risks for the piloted aircraft. 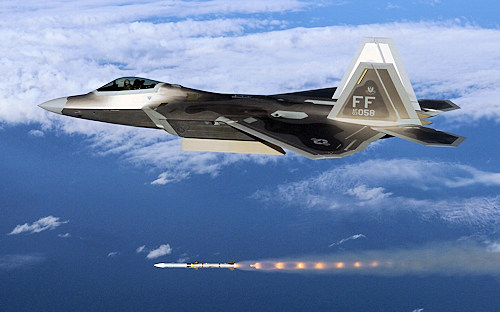 The Russian and Chinese piloted aircraft already have these capabilities, thanks to the long-range air-to-air missiles R-37M and PL-15, credited with a maximum range of 400 km and 300 km respectively. The Chinese seem to have developed another missile, the PL-21, capable of exceeding 400 km of range. So we are talking about performances clearly superior to those of the most advanced Western missiles, such as the American AMRAAM and the European METEOR.

Precisely to fill this gap, the DARPA agency is working on the project Long Range Commitment Weapon, focused on the development of a new generation long-range air-to-air missile, capable of being installed in the internal bays of the F-22 and F-35.

In the mission scenario hypothesized by Pentagon analysts, an F-15EX carrying two drones, once it detects a hostile aircraft, could launch them at it while remaining out of range of enemy missiles, allowing drones to engage the aircraft at a short distance. thus reducing the opponent's reaction times.

It is not clear at the moment whether, in the LongShot project, the drones are expendable or they can be recovered, perhaps from a cargo plane with a particular coupling system.

This afternoon, the Ministry of Defense of the Russian Federation issued the following statement: "Two ...
1085
Read

The latest news about the movements of Russian troops towards Crimea speak of three regiments of the VDV (Vozdušno -...
5521
Read

The tension between Ukraine and Russia does not seem to be defused, having been engaged for weeks to "flex their muscles" in the ...
4413
Read

In March 2021, three nuclear submarines simultaneously emerged near the Alexandra Island of the archipelago of ...
1781
Read

The Kirov class nuclear-powered cruiser (Project 11442M) Admiral Nakhimov which has been under construction since 2013 ...
2866
Read

The utterances of the Deputy Prime Minister of the Russian Federation, dated 8 April, Dmitry Nikolaevič Kozak, are ...
3975
Read

Some operators of the special forces of the Russian Federation, the KSO (Komandovanie sil spetsial'nalnykh operatsii), ...
7402
Read

The Takuba Task Force is taking shape more and more, wanted by France to fight the jihadist groups operating ...
5082
Read