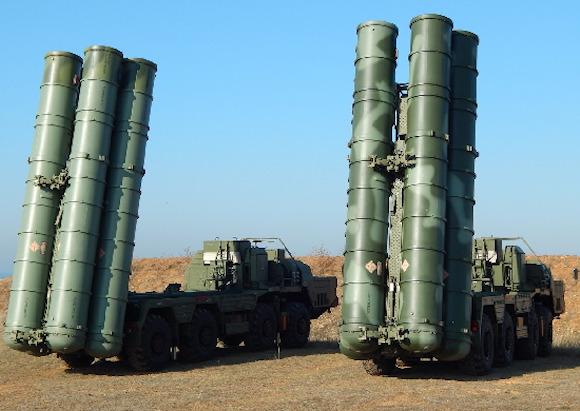 Two weeks ago, the Biden administration tried to supply Polish MIG-29 fighters to the Ukrainian air force. Warsaw would have received a supply of F-35As in exchange. the operation was not successful (among other things, the Polish Fulcrum-E have been reconfigured according to NATO standards) as the Polish government deemed it appropriate not to "provoke" Russia excessively.

Now the Americans return to the charge with the "suggestion" to the Turks to hand over their S-400 long-range surface-to-air systems to the Ukrainians. Likewise, Washington has urged other NATO countries with similar systems (Bulgaria, Greece and Slovakia), such as the S-300s, to do the same.

On March 16, Slovak Defense Minister Jaroslav Nad made it known that Bratislava could give a favorable response to the American request, but on condition of obtaining replacement systems.

The president of Bulgaria, Rumen Radev, on the other hand, has ruled out the sale of surface-to-air missiles to the Ukrainians, as he believes that this would be tantamount to dragging his country into war.

The sale of the Turkish S-400s to Ukrainian forces would have been dealt with by Wendy Sherman, number two in American diplomacy, on her recent trip to Ankara.

We recall that the purchase of the S-400 systems led to the exclusion of the Turks from the F-35 program (100 aircraft in A / B versions). Since then, Ankara has tried to purchase F-16Vs, which proved to be very complicated given the ostracism by the American Congress.

We hardly believe that the Turks will please the Americans by giving their S-400s to the Ukrainians. In fact, despite the fact that there has been close military collaboration between the two countries for some time, Ankara needs Russia, both from the point of view of food supplies (cereals and wheat) and energy.

Turkey has so far expressed its support for Ukraine, calling the Russian offensive "unacceptable", while opposing sanctions against Russia. As is well known, Ankara offered its mediation to the two belligerents.

The S-400s cost Turkey $ 2,5 billion, so the United States should compensate them with an equally valuable military supply. It seems to us a Washington strategy to supply the Allies with Patriot PAC-3 systems, discarded by Ankara as having lower capabilities than the Russian systems (as well as for geopolitical convenience).

Furthermore, serious doubts remain about the Ukrainian army's ability to use the S-400s, systems of which the Russians know every detail.

After the decommissioning of the M551 Sheridan tank, which took place in the mid-90s of the last century, the US Army ...
13909
Read

The director of the Kredmash mechanical plant in Kremenchuk would have confirmed (source Komsomol'skaja Pravda) that ...
6535
Read

On June 6, with two separate ceremonies at the Fort Wainwright and Elmendorf-Richardson bases, she was reactivated in ...
8599
Read

For a long time, Difesa Online has emphasized the importance of acquiring (and maintaining) artillery pieces, monotube and ...
22160
Read

British Army Chief of Staff Sir Patrick Sanders says the invasion of Ukraine by the ...
12189
Read

During the last world war the Panzerkampfwagen V Panther, having solved the initial mechanical problems, was ...
27290
Read