Home Military world The new balances of the Indo-Pacific 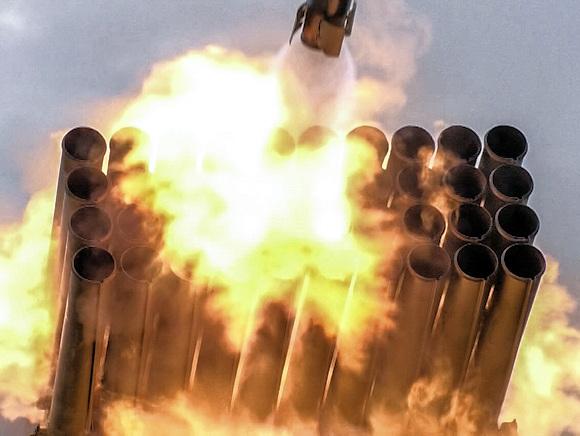 While Europe is focused on the war in Ukraine, these days, the tension has arisen from the official visit of the Speaker of the Nancy Pelosi Chamber in Taipei, and strongly condemned by Beijing, puts the Indo-Pacific area at the center of global interests.

Russia is watching closely the rise in tension between the US and China over Taiwan. Moscow does not seem ready to join the fray. On the other hand, it has not been involved in any of the previous China-Taiwan crises, despite the "ideological brotherhood" with the Beijing regime. The Kremlin, of course, wants the Taiwan issue to escalate so as to divert immediate attention from Ukraine.

The United States is an Indo-Pacific superpower, the US Navy has 11 propelled aircraft carriers nuclear, to which must be added escort units (including ballistic missile submarines). China currently has only two operational aircraft carriers (Shandong e Liaoning) propulsion conventional.

However, there is another superpower in the region that has a strong interest in curbing Beijing's expansionism: India.

For some time, New Delhi has been signaling for official recognition of Taiwan.

The time is now ripe for the Indians to intensify diplomatic and trade relations with Taipei.

As is known, over 80% of world trade travels by ship, about half passes through the Strait of Malacca. This passage represents the "link" between the Indian Ocean and the Pacific, as well as a strategic node for entry into the South China Sea. 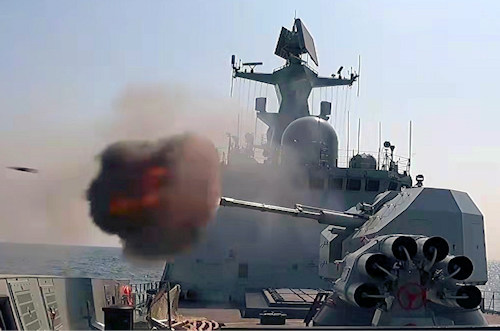 A possible blockade of the Strait, caused by an open confrontation between China and the US, would affect world trade and would affect the energy supply of the whole of Asia.

There is no doubt that the economic-military rise of Beijing passes through the control of the South China Sea and the Strait of Malacca.

The latter extends for about 800 km for a minimum width of 3 km, and represents de facto the artery of economic and military mobility between Asia and Europe. Some 90 ships pass through these waters a year (of which about 35% are oil tankers).

The push for the militarization of the South China Sea is also due to the fact that Beijing intends to decrease its dependence on the Strait (diversifying energy supplies by increasing those by land) and, at the same time, guaranteeing greater security for maritime communication lines. Also through the maintenance of a constant military presence around Malacca and along the coasts of the Indian Ocean.

Inevitably, this presence of the People's Liberation Army Naval (PLAN) impacts with Indian strategic interests in the area.

This is why New Delhi has long inaugurated a vast naval enhancement program, aimed at the surveillance of vast oceanic areas of national interest as well as the protection of trade routes, essential for guaranteeing the country the supply of energy resources.

This is the focus strategy on which India should build its national order, already relaunched by Prime Minister Modi, upon his inauguration in 2014, in an economic-military key. In fact, the Indo-Pacific area is the natural director of Beijing's projects linked to Maritime Silk Road, or the maritime Silk Road which, among other things, does not touch the Indian ports but has its own important gravitational center in the Pakistani port complex of Gwadar (as well as in Sri Lanka and Bangladesh).

These interrelated factors, as well as the ancient Sino-Indian and Indo-Pakistani antagonism, are at the basis of the naval strengthening of the New Delhi Navy.

The Indian Navy intends to build three permanent air and naval groups, focusing on both the aircraft carrier Vikramaditya (STOBAR), which on the Vikrant, first aircraft carrier built in India. There is a third aircraft carrier under construction, the Vishal (65.000 t displacement) which should be ready by the end of the decade.

New Delhi's desire to implement the Fleet is probably also due to the entry into line of the new Chinese Type-055 DDGs (equipped with 112 VLS cells) from 13.000 t to the numerous Type-052Ds.

In the short term, cooperation between India and Japan will certainly strengthen. Relations between the two Asian countries are excellent, consolidated by shared values ​​and common interests. This led to the signing of a very broad and complex formal agreement, called Joint Declaration on Security Cooperation. This agreement provides for the sharing of foreign policy, cooperation between military forces, the exchange of information and collaboration in the defense industry.

However, the aspect that interests India most concerns the control of shipping lines, thanks to the possibility of relying on the naval power of Tokyo.

Certainly, as a military power, India still has many gaps to fill. However, it already represents an important force in the Indo-Pacific region and, currently, New Delhi has about 150 nuclear warheads. In addition, the Agni V ballistic missile is now operational, a three-stage, solid fuel carrier capable of hitting the Chinese capital, thanks to a range of over 5.500 km.

In 1954 the Armalite Division of the Farchild Engine & Airplane Company began the development of an assault rifle ...
5520
Read

After a long period of experimentation by the "Folgore" brigade, the ...
14721
Read

The war in Ukraine is showing that the armored component is still fundamental in a modern army. There...
6668
Read

Like every summer, many, too many are the fires that devastate hectares and hectares of woods. Often the Fire Brigade ...
2133
Read

While Turkey is tightening its tone towards the Greeks, breaking the dialogue with the government of Athens, Paris ...
74179
Read

Pakistan purchased the Chinese Z-2006EC helicopters in 9, an ASW variant specifically produced for the ...
22862
Read

They are certainly not new, the recognized abilities of Sultan Erdoğan to move with extreme ease among the ...
53498
Read