The anti-ship missiles of Beijing: a threat to the VII American Fleet 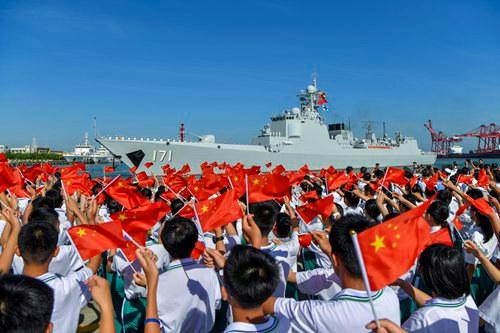 China considers Taiwan a secessionist province which, sooner or later, will come under its control. Recently, in March 2018, President Xi Jinping reiterated that Taiwan is part of China's vital interests, stressing that history would have inflicted exemplary punishment on all those who had harmed the unity of the country.

According to an analysis by the US Navy, 600 naval units would be needed in Beijing to transport and power an expeditionary force composed of at least 20 divisions, a capacity that China still does not have.

It is also true that, if Beijing wanted to invade Taiwan, it would first have to deal with the American 50th Fleet present in the Pacific area, with a number between 70 and XNUMX naval units plus the flight groups on board the USS aircraft carrier. Ronald Reagan.

Precisely for this event (not too remote), in recent years China has acquired a series of subsonic and supersonic missiles (also airborne) that could cause serious damage to the US fleet. 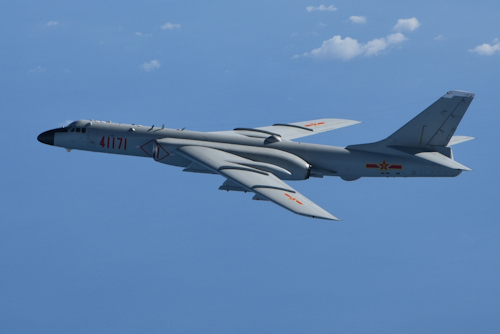 In the subsonic field, a large long-range large anti-ship missile, the YJ-62, with a range of 400 km has been developed. For driving in the cruise phase, it uses an inertial platform assisted by GPS and BEIDOU receivers, which make it more difficult to to trick. This weapon is loaded on Type 052C destroyers.

To provide anti-ship capacity to its air force, Beijing has created a supersonic air-launched missile, called YJ-12, subsequently developing a variant for surface units (YJ-12A) and a launchable from coastal batteries (YJ-12B). These missiles are credited with a range that varies from 250 to 400 km, with a maximum altitude of 40 km and a maximum speed of 3 mach (Hi-Lo-Lo profile), or 4 mach (Hi-Hi-Lo profile). Transportable by H-6K bombers (photo), J-11B fighter-bomber and other types of aircraft.

The surface version of the YJ-12 is equipped with a solid propellant aft booster and has a maximum range of 300 km. The first unit to be armed with the new missile was the destroyer Shenzen Type 051B.

Despite progress in the missile field, the Chinese technological / numerical gap still remains high, which, at least for the next few years, would not recommend a comparison with the US Navy.

The American military device, in recent years, is undergoing a profound restructuring in order to face ...
1254
Read

The fast multi-role vessel Project 02510 entered service on November 24 with the Baltic Fleet of the ...
1840
Read

The IRINI mission - launched last year by the European Union to support the UN embargo, aimed at blocking the ...
3258
Read

The hull of the icebreaker ship Evpatiy Kolovrat, the class leader of Project 21180M, was set up at Almaz ...
831
Read

Only 5 years ago the Turkish press was promoting the new ALTAY national battle tank as the most modern MBT in existence ...
3530
Read

According to a press release released on November 23, 2020, Huntington Ingalls Industries Shipyards have ...
974
Read

After 48 years to protect the skies of Japan on November 20 they were officially withdrawn from service ...
1457
Read