Home Military world The Swiss vote to choose their ... 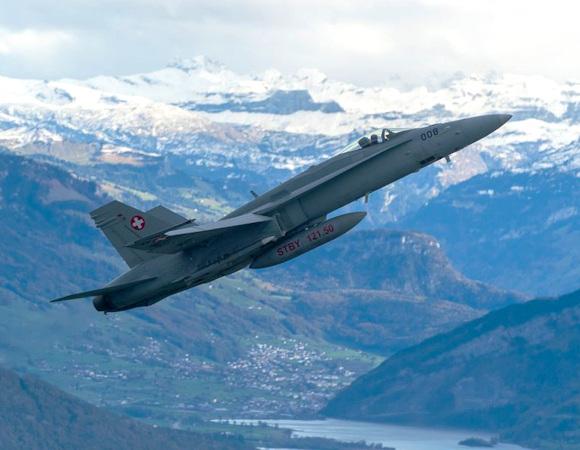 On 27 September, Swiss citizens will be called to the polls to decide on the purchase of a new fighter aircraft that will upgrade the Federation's area component.

It is certainly not the first time this has happened: in the last thirty years this will be the third popular vote. Already in 2014 the popular vote had rejected the purchase of Swedish fighters Gripen.

Despite Parliament's approval, the opposition managed to collect the number of signatures needed for a referendum, so in the end it will be the citizens who decide.

The government's aim is to invest around 6 billion Swiss francs to modernize the fleet of F-5s and F / A-18s (photo), however the opposition (especially the Group for a Switzerland without an Army) considers the appropriation too expensive and argues that the defense of Switzerland could be guaranteed using other systems (which ones?).

Proponents say the purchase and subsequent operating costs would be financed exclusively from the army budget. The money would therefore not be diverted elsewhere. Additionally, the new jets would be cheaper than externally purchased services to ensure aviation safety.

The Swiss referendum raises a national reflection: what would happen to our defense if we could use the tool of popular consultation to decide on arms purchases?

In the wake of the Italic tradition, millions of weapons experts would sprout like mushrooms, i talk show politicians would be clogged with pundits for and against that weapon system. How not to think about what would have happened with the F-35s if a referendum could have been held on the possible purchase: we would probably end up without it now.

Fortunately, in Italy such popular consultations are not allowed, the political class is already thinking about making disasters. 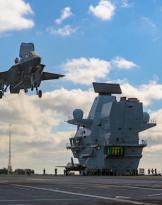 The United States has long pursued a strategy, called "rimlands", around the Eurasian periphery, which ...
1915
Read

Project 09852 is another important element of the troubled and difficult process of modernization of the forces ...
2486
Read

The Obangame Express 2021 exercise, is a US Africa Command (AFRICOM) exercise designed to improve ...
1051
Read

The Heavy component of the Italian Army urgently needs to replace the DARDO IFVs, as it is ...
9486
Read

To face the new operational scenarios, marked by the return of competition between the great Powers, the Corps of ...
4058
Read

The development of UCAV continues by the Pentagon, capable of responding to the new operational scenarios that ...
2756
Read

When asked if there is a danger of an armed confrontation between the US and China, reference is often made to what Graham ...
2368
Read

The United States Marine Corps, from 2020, began to dismiss (in total 7 tank companies will disappear) the ...
5012
Read