Home Military world The S-300s are not denied to anyone

The S-300s are not denied to anyone 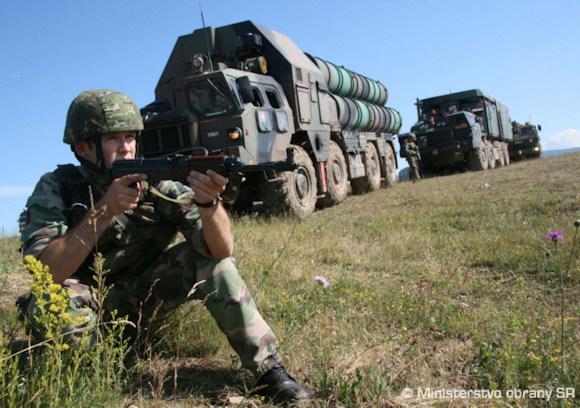 It is also true that, despite the "westernization" received by the Americans in the last 8 years, the Ukrainian armed forces need to receive systems they already know, such as the S-300 long-range missiles (100 km of maximum range).

In recent days, Slovakia has dissolved the reserve: it will supply Kiev with the S-300PMU surface-to-air systems, equipped with 5V55R missiles (maximum range 90 km).

The Prime Minister of Slovakia, Eduard Heger, confirmed on 8 April that: "Slovakia donated the S-300 air defense system to Ukraine following its request for self-defense assistance due to armed aggression by the Russian Federation".

It should be noted that he made this announcement during a trip to Kiev, together with Ursula Von der Leyen, president of the European Commission, and Josep Borrell, high representative of the Union for Foreign Affairs and Security.

Already on 17 March, the Slovak Defense Minister, Jaroslav Nad, had announced the willingness of Bratislava to "sell" a battery of S-300s. Provided that, alternatively, an "adequate system" is available.

Indeed, Washington will supply Patriot PAC-3 missiles (photo), as a counterpart for the S-300s. The Patriot battery will be added to the German and Dutch ones present on Slovak territory.

Therefore, Bratislava has given the Ukrainians old systems, that is, not updated for over thirty years, in exchange it will receive the latest version of the Patriot (capable of intercepting ballistic missiles).

A Pakistani court has summoned the heads of all past and current governments, including the former military governor ...
489
Read

The experience gained on the ground, in the last two decades, by the Italian military personnel engaged in the missions ...
12805
Read

After the decommissioning of the M551 Sheridan tank, which took place in the mid-90s of the last century, the US Army ...
16392
Read

The director of the Kredmash mechanical plant in Kremenchuk would have confirmed (source Komsomol'skaja Pravda) that ...
7817
Read

On June 6, with two separate ceremonies at the Fort Wainwright and Elmendorf-Richardson bases, she was reactivated in ...
9023
Read

For a long time, Difesa Online has emphasized the importance of acquiring (and maintaining) artillery pieces, monotube and ...
22737
Read

British Army Chief of Staff Sir Patrick Sanders says the invasion of Ukraine by the ...
12835
Read

During the last world war the Panzerkampfwagen V Panther, having solved the initial mechanical problems, was ...
27676
Read