A-10 Thunderbolt II returns from Afghanistan 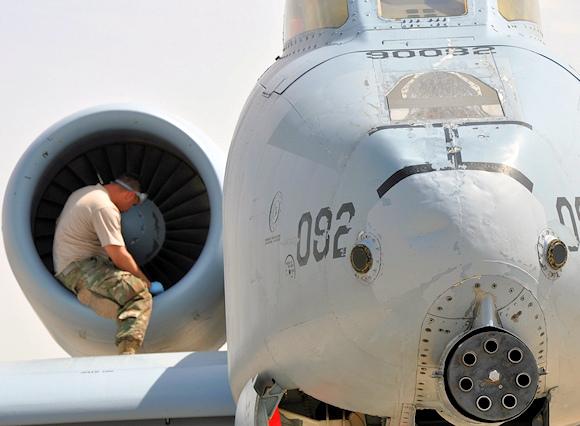 More than 200 aviators (among pilots and technicians) of the 127ᵗʰ Wing with their A-10 aircraft Thunderbolt II they returned to the United States this week from Afghanistan, having served for more than six months in the US Central Command's area of ​​responsibility. in support of operations against insurgens that still operate in the Central Asian country.

During the period of stay in the operational theater, the 127uto Wing accomplished around 1.100 sorties in support of the coalition ground forces.

The A-10 has high maneuverability and low-flying capability, as well as operating from semi-prepared tracks. Designed in the 70 years of the last century, with the specific task of hammering the Soviet armored units that could have invaded Federal Germany and / or crossed the Gorizia threshold, the Thunderbolt it has proved to be an extremely effective attack vector even in current war scenarios.

It is practically a plane built around a cannon: theAvenger GAU-8 / A with seven rotating 30 mm barrels. Capable of delivering an 4.200 rate of fire per minute, theAvenger it can use different types of ammunition, including depleted uranium bullets (used in Kosovo during operations against Serbia), capable of drilling the upper part of the tanks in service in the Warsaw Pact during the Cold War. It can also carry a war load up to a maximum of 9.000 kg, including laser guided bombs GBU-16 / 24, JDAM, AGM-65E missiles Maverick and AIM-9X infrared-guided air-to-air missiles Sidewinder.

Even in Afghanistan, the A-10 has provided excellent evidence in the CAS role (Close Air Support) as it has a high degree of survival (the pilot is immersed in a titanium tank), capable of collecting several shots and still remain operational .

On July 12, the IAF (Israeli Air Force) activated a new flock of special forces. The 7th flock will encompass the ...
2676
Read

The Turkish government's decision to make the Hagia Sophia a mosque is part of the process of ...
2811
Read

The US Navy reported a "terrible tragedy aboard the USS Bonhomme Richard (LHD 6) when a fire broke out ...
3895
Read

On March 2018, XNUMX, the President of the Russian Federation Vladimir Putin, during his speech on the state of ...
4250
Read

After the blocking of parliamentary work due to COVID-19, the Government presented the annual resolution on the ...
7687
Read

2020 will perhaps be remembered as the year of the change of the national strategy: from a purely defensive posture the ...
2453
Read

According to the Chinese Academy of Military Sciences, the national naval strategy must have the primary objective of ...
5106
Read