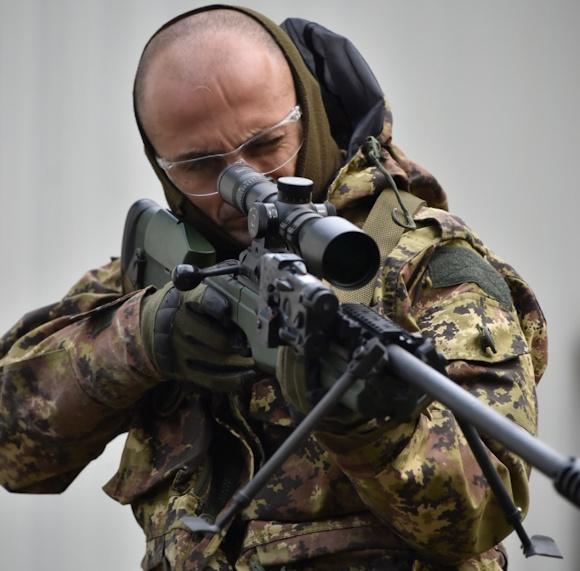 More than thirty teams of selected shooters met in this year's edition (from 20 to July 26) of the European Best Sniper Team Competition, at the 7ᵗʰ Army Training Command in Bavaria, home of NATO's largest training area.

This competition aims to test the skills of competitors, not only in shooting but also in physical endurance, and in the ability to adapt to different tactical situations.

This year the Italian representation was made up of two Chosen Shooter nucleuses, coming from the Sassari Infantry Brigade, as they were among the best in the evaluation exercises that the Army carries out annually at the Cesano Infantry School.

The Sassari shooters were therefore able to compare themselves with other foreign departments (such as the French and Spanish Legions, the United States Marine Corps, the British Royal Marines, the Belgian Para Commando and others), which have been consolidated for several years. tradition in precision shooting from long distances.

Therefore, the possibility that our team has had of sharing the techniques and methods of use of a specialty, which has been culpably neglected by national military leaders, is of considerable professional value. 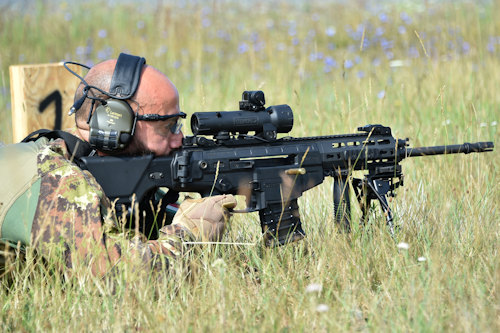 The Sassarans have found themselves sharing intense training days in which they were put to the test, not only the skills in shooting with all the armament supplied - SAKO TRG-42 in caliber .338 Lapua Magnum (8,6x70 mm) for shooters ; BERETTA ARX-200 with 16 barrel ”in 7,62x51 mm caliber for spotters - but also the ability to maintain concentration and effectiveness in the acquisition and engagement phases of the target at different distances, in conditions of physical stress, as well as the attention to masking (equally important skills in terms of accuracy in shooting) and in planning the conduct of the operation.

All the training episodes were obviously designed to push the nuclei into the competition to verify their ability to intervene in scenarios that are as truthful and unconventional (as, for example, in boat shooting in the lake environment), or assuming positions of muscular and uncomfortable stress, in such a way as to push to the extreme the evaluation of the shooting skills of shooters and spotters.

Despite the final general classification relegating the Italian team to the last position (the victory went to the 13ᵉ demi-brigade team of the French Foreign Legion), the Sassarans took their satisfaction, recovering to place one of the two spotters which best scorer, hitting targets up to a distance of 800 meters, in a test where no other team was able to hire over 300 meters.

On July 12, the IAF (Israeli Air Force) activated a new flock of special forces. The 7th flock will encompass the ...
2815
Read

The Turkish government's decision to make the Hagia Sophia a mosque is part of the process of ...
2826
Read

The US Navy reported a "terrible tragedy aboard the USS Bonhomme Richard (LHD 6) when a fire broke out ...
3903
Read

On March 2018, XNUMX, the President of the Russian Federation Vladimir Putin, during his speech on the state of ...
4252
Read

After the blocking of parliamentary work due to COVID-19, the Government presented the annual resolution on the ...
7688
Read

2020 will perhaps be remembered as the year of the change of the national strategy: from a purely defensive posture the ...
2455
Read

According to the Chinese Academy of Military Sciences, the national naval strategy must have the primary objective of ...
5108
Read