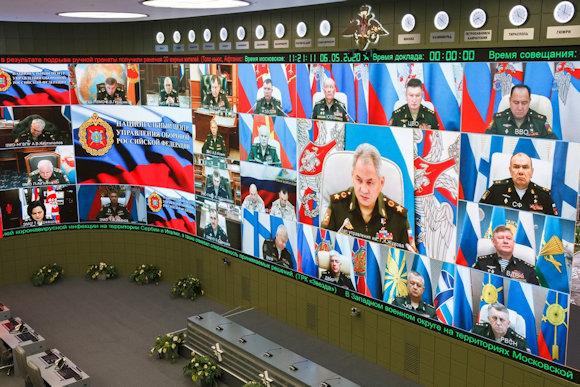 "Tomorrow we will begin the withdrawal of the medical-military units from Italy", Defense Minister of the Russian Federation Shoigu said yesterday during a conference call.

The Russian press does not forget that the humanitarian mission of its military in Italy has almost caused a diplomatic incident.

The newspaper The print at the end of March he had labeled Russian supplies "useless", referring to an alleged (anonymous) government source, only after a few hours the arrival of Russian planes in Pratica di Mare, adding that the operation would have been nothing else what an excuse for intelligence.

The article obviously generated irritated reactions from representatives of the Russian government, which initially responded with a letter addressed to the editor of La Stampa Molinari by the Russian ambassador to Italy, a letter to which the editor of the newspaper had not responded, but the same author of the article, Jacopo Iacoboni.

Another letter from the spokesman for the Russian Ministry of Defense stressed the gratuitousness of Russian aid and defined it totally unfounded the insinuations of the journalist from La Stampa.

The Italian Ministry of Foreign Affairs and the Ministry of Defense issued a response statement thanking Russia for the help received, but condemned the "inappropriate tone of some statements" by Russian representatives in response to the press article.

Also read: "From Russia with love. From Italy? A dried fig!"

Pecunia non olet says the famous Latin brocardo, sometimes quoted out of turn but truthfully. And it's a question ...
7434
Read

According to Treccani, in Ancient Rome, a veteran was a soldier who, after having fought for a certain number of ...
9289
Read

For the third time in two months, Russian pilots have intercepted US planes in the international waters of ...
4139
Read

They had already announced it in the bilateral meeting in Naples last February. On that occasion the president ...
17230
Read

For two consecutive days, last February, China sent its strategic bombers over the Straits of ...
4243
Read