Home Recommended Points of view From Russia with love. From Italy? ... 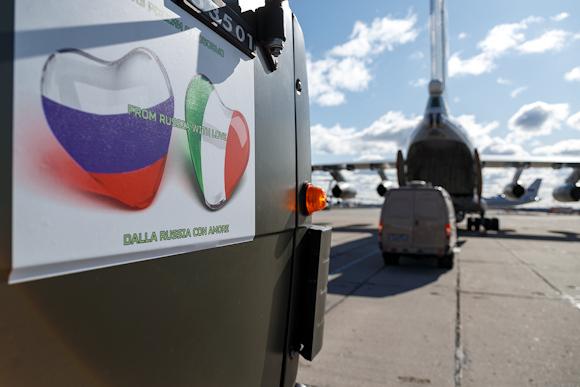 Did Russian intelligence agents also come with help? This is the question many have asked after reading the articles in The print and with the subsequent media outcry that came about with the response and response with various Russian spokespersons who firmly denied it.

Between the two lines of thought we add a third: a reflection out of the choir.

Given the crisis generated by the Coronavirus, it would be appropriate to dwell on some aspects of the opportunity or not of the intelligence agents - or as vulgar people say of the "spies" - but above all on the difference between intelligence and espionage.

It is part of human nature to acquire information even in situations of normality and peace, let alone in a crisis situation. All citizens carry out intelligence activities. Let's think about planning a holiday trip: study of the location, costs to be incurred, logistical difficulties to overcome, health of the place, language, customs and traditions. We start our research, we document each other and maybe we listen to the opinion and the lived experience of someone who has gone before us.
Well, all of this is "classified" as a form of home intelligence.

As you can clearly see, these are two very distinct and different things, also because going on the spot in search and trafficking information useful to put in crisis or in difficulty that country is very different from finding information from open sources. 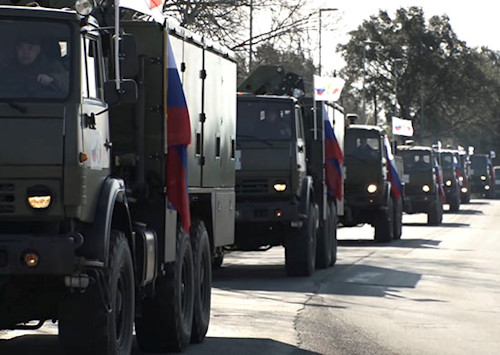 Once the difference is established, we move on to the reality of the facts with a political-military emergency perspective.

Russia is a great country. It has an absolutely great military and intelligence organization. Just to give a given, albeit old, to give an idea of ​​power, think of it in the Cold War period "In Bereskovsky Square, in Moscow, there was an intelligence structure that carried out IR (Information Retrieval) activities that acquired information from reading the media. Seven thousand five hundred agents worked there". (Dictionary of espionage, Alain Pujol, Longaresi, 1968, p. 91).
So Russia certainly does not need to send members of intelligence to get information on the Italian situation regarding Coronavirus, given that the media coverage is more than excellent, all the Media have been talking about it for months.

It is good to remember that it is the easiest and most legal way to get information, so much so that "A former CIA director warned his analysts against what he called the Encyclopaedia Britannica factor: do not waste energy to discover information that can be found freely in newspapers, magazines or academic monographs " (Intelligence, John Keegan, Mondadori, p. 5).

The Russian soldiers who arrived were immediately flanked by Italian military personnel and certainly do not go around the streets alone, as moreover well specified in the joint note MAE-Defense. Maybe they will have gone before the crisis because on vacation in our country and very free to wander. But not now.
Furthermore, they certainly don't need to find out where our barracks are now, also because "armies and navies are relatively immutable entities, and to those who want to get an idea of ​​their organization they almost always reveal their headquarters, strength or function, without the need for a specialized investigation by intelligence services" (Intelligence, John Keegan, Mondadori, p. 318).

Even Oscar Wilde in his work "An ideal husband", act III, wrote: "Oh! Spies are not needed today. Their profession has run out. The newspapers do their job". In the sense that just read them to get intelligence information. 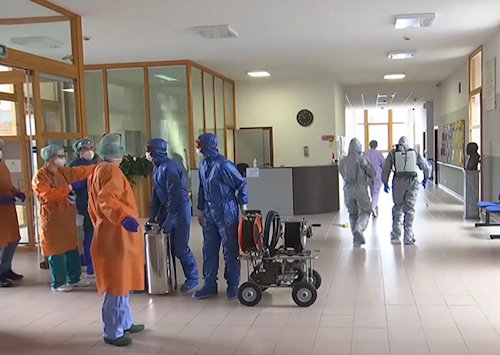 Now, the reasonable doubts raised by the journalist with the interview with Hamish De Bretton-Gordon (intelligence expert) published in La Stampa have reason to be in a democratic country and with the freedom of thought and expression, because precisely for this reason democracy exists , but the statements of the various Russian spokespersons that should be framed as the manifestation of their good faith and the fear that there may be an enemy behind them are equally understandable.

Illuminating a passage from Sidoti in his book: "While the narrative of the investigation is codified as a response to an enigma, the intelligence narrative is necessarily open: the field of the possible is not its point of arrival, but the starting point. The investigation, properly so called, ends with the dissolution of the riddle; intelligence properly so called brings the riddle into the house of others. The point of arrival is not knowing what we don't know, but what we don't know we don't know " (Security and intelligence, Francesco Sidoti, Ed. Libreria Colacchi, p. 408).

This fear is human, because as some historical facts teach, we think of the Creel Commission, the forcing has been there. The scholar Mascia Ferri in her book "How public opinion is formed", Franco Angeli, page 80, puts the following explanation in the footnotes: "Established by President Woodrow Wilson and also called the Creel Commission from the name of its leader: the journalist George Creel. The Commission was responsible for promoting and supporting the war through the media". And this will certainly not be the case with La Stampa, we would miss anything else.

Today the Russians are helping the Italians on the ground. Will they also do espionage? Nothing dangerous for the Italian system: even if they were to acquire information on the ground, the opposite would be impossible, they will certainly not be of interest to intelligence (because the data circulate abundantly in the Media) and neither will it be espionage (because there is nothing ).

Do we really want to think that our intelligence structures (Aise-Aisi) have not posed the problem? They are two apparatuses made up of military and professionals who have not entered the staff casually, but only for specific professional skills. Intelligence may be wrong, too, of course, but that doesn't mean it's not up to the role. I break a spear in favor of the Italic ethnic group: Machiavellian and with good ability to perceive the bins.

The most interesting aspect of the issue does not concern Russian aid with any spies in tow, but the failure to acquire information about the virus during the very first phase of the epidemic. If a mistake has been made, it is that we have not promptly sent any "expert" - civilian or military who he was - to Wuhan! 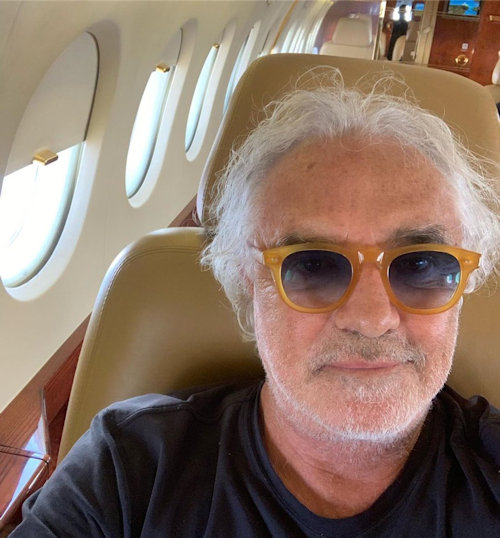 To better understand the real point of the matter, let's take the story of Flavio Briatore who is not an engineer and not even a virologist ... but he pragmatically reasons.

In the interesting article by Piero Menardi on "il Gazzettino" of 9 October 2005, p. 13, the following quotation marks of Briatore are reported: "I entered the world of F1 in 1989 at the behest of Luciano Benetton and to help him build a competitive team. I find myself in 2005 today to take stock of three world championships. Knowing that, contrary to what everyone thinks, the world Formula 1 is not so complicated and winning is not so terribly difficult, as others think or want others to believe. After all, this is a small and repetitive world, almost like a bar in an Italian provincial town, where everyone always repeats the same things and make the same speeches for tens of years ". The entrepreneur has proven to be a communicator and above all an analyst of the social environment; given the results, factors such as space, time and availability of resources are assumed to be highly considered. In his professional life he made winning choices observing and studying. In the transmission L'aria che tira, La7, 24 us, said: "As soon as Ferrari organized a test, I sent some of my men to see how they felt, but nobody went to Wuhan to learn more about the coronavirus epidemic". The news was also reported on the site www.gpone.com

From the above it is clear that skirmishes between intelligence experts on data that circulate in abundance are one thing, another is the need to promptly study everything that has not already been framed and coded previously.

Yet little is needed: "Be prepared" (Motto of the Boy Scout, organization founded by Lord Robert Baden-Powell: general and director of British Intelligence)