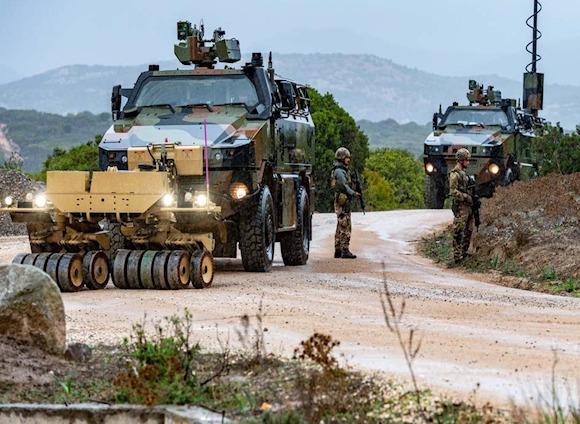 The multinational exercise took place in Sardinia from 24 October to 5 November Bison Counter 2021. Numerous Teams from Europe and the United States have trained in the activities Counter-Improvised Explosive Devices (C-IED).

L'Officer Conduncting the Exercise (OCE) was identified in the division commander Vittorio Veneto of Florence, while theOfficer Directing the Exercise (ODE) was the commander of the cavalry brigade Pozzuolo del Friuli (member of the Italian Army of the Projection Force from the Sea), Brigadier General Filippo Gabriele.

The commander of the Pozzuolo del Friuli he made himself available to some questions about the event. 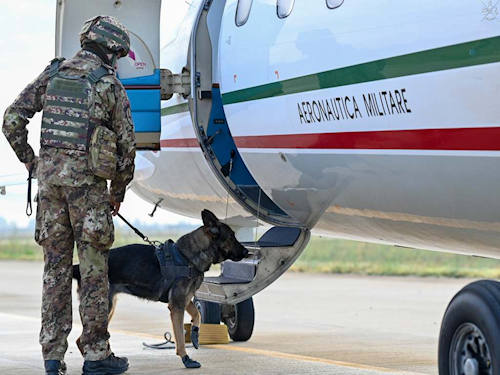 General Gabriele, can you describe the importance of the BISON COUNTER 21 and the exercises that take place?

“Bison Counter 21” is the largest and most relevant Counter - Improvised Explosive Device (C - IED) exercise in Europe and is organized under the aegis of the European Defense Agency (EDA). The exercise involved more than 650 military C - IED experts. Italy hosted the 2021 edition, fielding the assets of the Army, Navy, Air Force and Arma dei Carabinieri, and conducted in full compliance with the rules for containing Covid and with particular attention to environmental protection.

The “Bison Counter 21” makes it possible to evaluate the effectiveness of current C - IED tactics, techniques and procedures in the light of the continuous technological evolution of IEDs and to implement new contrast measures in a shared manner.

The purpose of the exercise was to test the technical specifications of each component used, organized in such a way as to allow adequate integration of forces and the training of personnel with the necessary realism, in order to improve the conditions for sharing information. , lessons learned and integration between the assets of the participating nations. 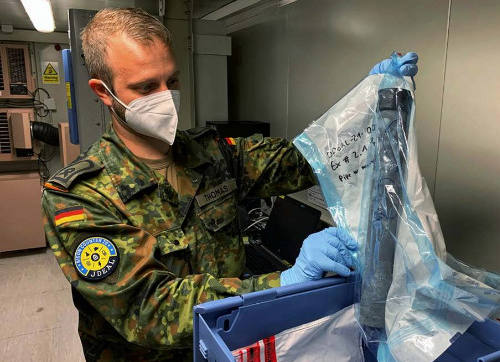 10 European countries participate. Are the preparation and skills homogeneous or can we teach our colleagues something?

Drills such as the “Bison Counter 21” are unique opportunities to test, train and improve interoperability between various actors in a complex and realistic operational environment, across the spectrum of military operations. The event therefore represents a rare opportunity, outside the real operational contexts, to increase professional training and integration between operators as well as a moment of discussion on procedural techniques and equipment.

In this context, I find that it was an effective solution to have set up "mixed" task units, each of which made up of specialists from different countries, in order to test and optimize the different approaches "in the field", during research, threat neutralization and IED incident management.

Surely the presence of professionalism from all over Europe of the highest level contributes to considerably increasing mutual knowledge of the respective skills and techniques of approach to the IED.

And learn? In terms of procedures or individual equipment ...

As mentioned, in this sense, the different experiences of both National and Foreign Armed Forces in this sector, matured in the individual areas of relevance, represent an enrichment for everyone. Even in the presence, as is normal, of some peculiarities, I must say that the level of specialization expressed by the participants was generally very high. 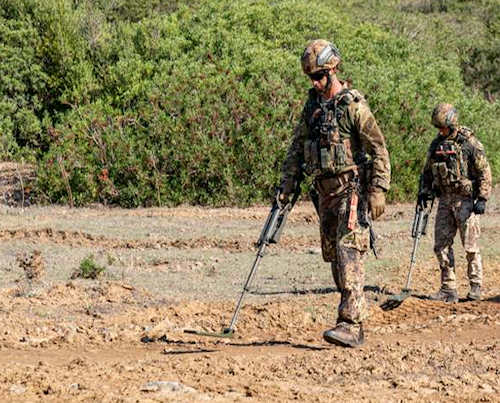 Are FDI still the main asymmetric threat after Afghanistan?

The threat posed by IEDs is high in many theaters of operations and represents a constant challenge to any operation. In order to deal with this threat, the Armed Forces of the Member States not only need to have the required highly technical skills and capabilities, but they must also interact with each other smoothly and efficiently when operating in joint missions and operations.

To counter this threat, capabilities expressed by the Joint Deploable Exploitation and Analysis Laboratory (JDEAL), the European Center for Manual Neautralization (ECMAN) and the Military Search Capability Building (MSCB) were also employed in the "Bison Counter 21" Europeans which, thanks to their high specialization, play a fundamental role in the fight against IED threats.

Our constant training, the procurement of new research tools, new approach techniques and the professionalism of all human components are still essential today so that the threat posed by IEDs is mitigated to the maximum of our possibilities. 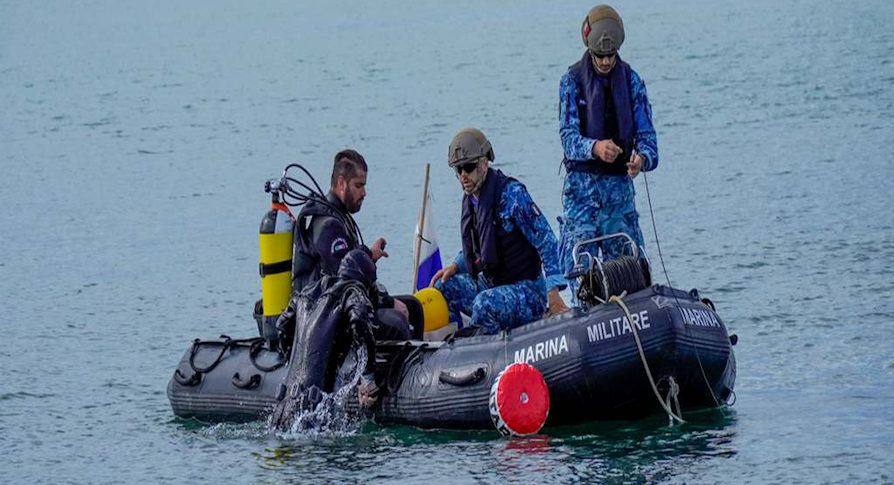 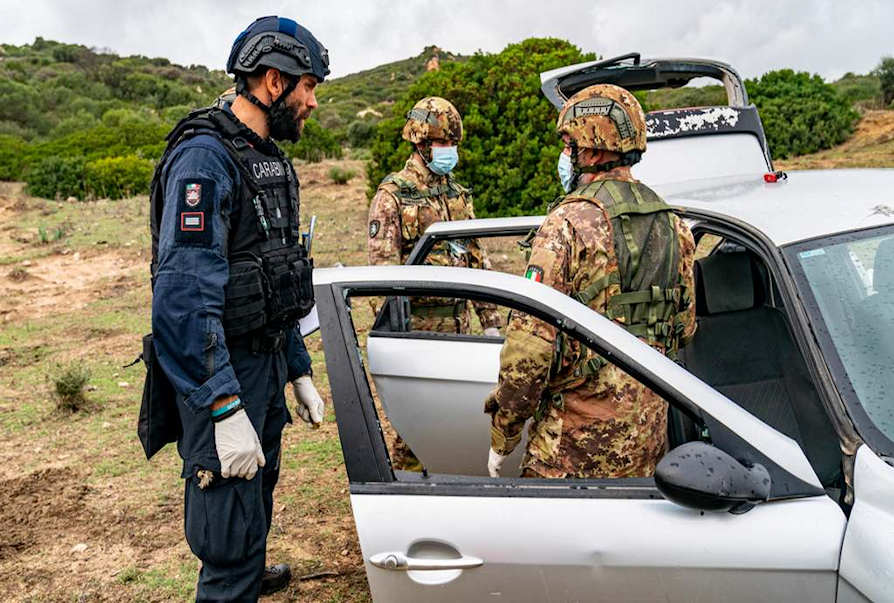 This article presents technical, specific and "real life" information thanks to the collaboration of a former ...
17204
Read

Over the past twenty years, the US Special Forces (and beyond) have trained and operated in a context ...
6520
Read

There is no place where the soldiers of the Carabinieri do not celebrate their patron saint and protector. Also in...
395
Read

According to various sources in the MENA (Middle East and North Africa) area, the armed forces of Cairo ...
2347
Read

“You are not a special department just because you have a glorious, epic past, nor is the adjective special enough ...
15096
Read

Born in Milan shortly after the end of the First World War, the National Autieri of Italy Association has ...
1097
Read

During the last operations in Afghanistan, Iraq and Syria the American forces, both conventional and special, ...
4085
Read

The United States is increasingly concentrating strategic resources in the South Pacific. It is certainly not a secret ...
4296
Read

During the visit to COMSUBIN we had the opportunity to interview the commander of the Underwater Group of ...
3970
Read

The news of the creation within the CIA of a department dedicated to China1 did not surprise the ...
7030
Read