Home Military world Norway could also place on the m ... 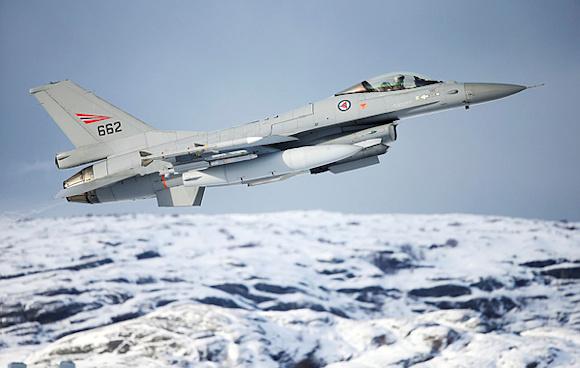 The Norwegian Defense Material Agency (NDMA) has entered into a contract with Kongsberg Aviation Maintenance Services (KAMS) to recondition a pair of F-16s Fighting Falcon of the Luftforsvaret (RNoAF, Royal Norwegian Air Force) that despite being decommissioned from active service may still be viable aircraft on the market for low-budget nations or private companies.

The contract will initially involve two F-16s, with the possibility of overhauling up to three additional aircraft. Work on the F-16s will take place at KAMS facilities in Kjeller, near Oslo, and if the option is exercised the last three aircraft should be ready by the end of 2021. The fighters will return to operational status and therefore maintained that they are ready for service again. KAMS has 40 years of experience in servicing, repairing and upgrading the Norwegian F-16 fleet.

A large number of F-16s decommissioned by the RNoAF could potentially be refurbished and then later ready for sale. Second exchange nl it is estimated that currently the Luftforsvaret has decommissioned 18 F-16AMs and 4 F-16BMs from active service which are destined to increase as the F-35A goes into service lightning II and this could involve a significant amount of work for KAMS in Kjeller. The NDMA, in fact, is striving to obtain the best possible profit on aircraft sales.

Jonny M Otterlei, technical director of the NDMA, said more nations will sell their F-16 aircraft in the near future. "Our market surveys show that it is a good idea to create an attractive offer regarding aircraft quality and remaining flight time. This contract with KAMS gives us an opportunity and this contract also helps maintain the experience. Norwegian industrialist in the maintenance of combat aircraft ". 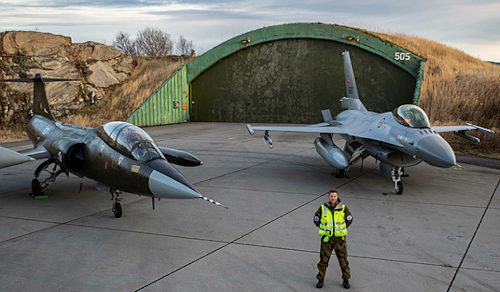 The F-16AM / BM are still interesting aircraft for nations that need to equip themselves with a multi-role aircraft, but which cannot face the purchase costs of modern material. These nations, in fact, once they have acquired the second-hand machines, can evaluate the possibility of upgrading to F-16V.

Over the past decade F-16AM / BM from the Dutch and Belgian surpluses have been sold to Chile, Jordan and Pakistan, while more recently Portuguese units have been sold to Romania, the last of which was delivered to Romanian in these days. Air Force, in addition to the 29 Mesh Israelis sold to the Canadian company Top Aces.

This afternoon, the Ministry of Defense of the Russian Federation issued the following statement: "Two ...
1068
Read

The latest news about the movements of Russian troops towards Crimea speak of three regiments of the VDV (Vozdušno -...
5519
Read

The tension between Ukraine and Russia does not seem to be defused, having been engaged for weeks to "flex their muscles" in the ...
4411
Read

In March 2021, three nuclear submarines simultaneously emerged near the Alexandra Island of the archipelago of ...
1781
Read

The Kirov class nuclear-powered cruiser (Project 11442M) Admiral Nakhimov which has been under construction since 2013 ...
2865
Read

The utterances of the Deputy Prime Minister of the Russian Federation, dated 8 April, Dmitry Nikolaevič Kozak, are ...
3974
Read

Some operators of the special forces of the Russian Federation, the KSO (Komandovanie sil spetsial'nalnykh operatsii), ...
7401
Read

The Takuba Task Force is taking shape more and more, wanted by France to fight the jihadist groups operating ...
5082
Read