Home Military world America vs Rest of the World

America vs Rest of the World 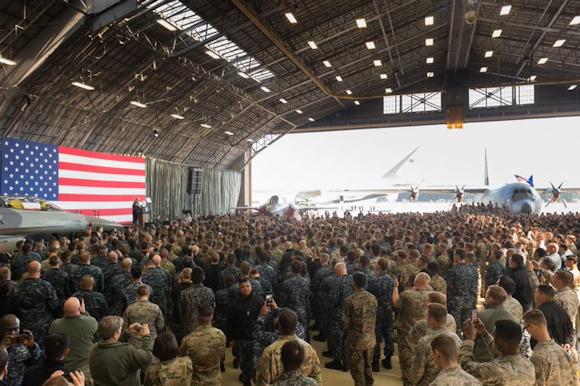 The National Security Strategy of the US government published in December 2017 provides an opportunity to try to take stock (after three years of government) on President Trump's international policy, in the year of the presidential elections, and on the strategic doctrine that inspires the its Administration, its choices and its stances regarding America's relations with the rest of the world.

The document begins by explaining to the reader why Trump won the 2016 election:

The American people elected me to make America great again. I promised that my administration would put the safety, interests and well-being of our citizens first. I promised that we would revitalize the American economy, reorganize our military, defend our borders, protect our sovereignty and advance our values.

According to most analysts, the American Empire is experiencing a moment of tiredness: one could define a long imperial tiredness.

During my first year in office, you witnessed my first American foreign policy in action. We are prioritizing the interests of our citizens and protecting our sovereign rights as a nation. America is once again the leader of the world scene. We are not hiding from the challenges we face. We are facing them and pursuing opportunities to promote the security and prosperity of all Americans.

After the attacks of 11 September 2001, the Americans began to launch themselves into military operations that are not comprehensible from a strategic point of view, Afghanistan and Iraq, calling it WAR ON TERROR (as if it had a logic to declare war on a strategy, that is that of terrorism). 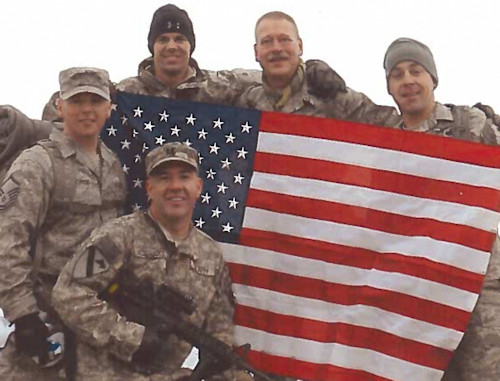 The United States faces an extraordinarily dangerous world, full of a wide range of threats that have intensified in recent years. When I took office, the rogue regimes were developing nuclear weapons and missiles to threaten the entire planet. Radical Islamic terrorist groups were flourishing. The terrorists had taken control of vast areas of the Middle East. The rival powers were aggressively undermining American interests around the world.

An Empire is a state entity that extends its control over other states and peoples (the exact opposite of nationalism). But you become an Empire in a particular historical context, subduing the neighboring peoples, with the aim of feeling more secure. Then, at a later stage they give themselves a mission (poster destination).

At home, porous boundaries and immigration laws, which were ineffective, had created a series of vulnerabilities. The criminal cartels were introducing drugs and violence into our communities. Unfair trading practices had weakened our economy and outsourced our jobs abroad. The unjust sharing of the burdens, regarding the defense, with our allies and the inadequate investment on their part, had aroused warlike intent on the part of those who wanted to harm us. Too many Americans had lost trust in our government, trust in our future and trust in our values.

The myth of the Empire serves as a justification for American public opinion in order to export a model.

The superpowers do not live on economy but on strategy, therefore their actions, for the most part, are not dictated by economic returns (as it is for Europeans).

Almost a year later, although great challenges remain, we are inaugurating a new and very different course.

We are rallying the world against the rogue regime in North Korea and facing the danger posed by the dictatorship in Iran, which those determined to pursue an imperfect nuclear deal had overlooked. We renewed our friendships in the Middle East and collaborated with regional leaders to help drive out terrorists and extremists, cut their funding and discredit their evil ideology. 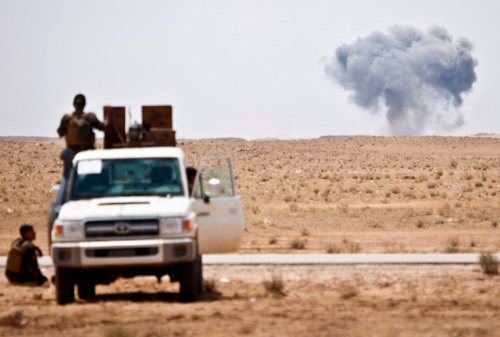 Imperial grammar asserts that others (the Roman Empire would have called them Provinces) must bind to the superpower, create dependence, economic and military.

We have crushed the terrorists of the Islamic State of Iraq and Syria (ISIS) on the battlefields of Syria and Iraq and will continue to pursue them until their destruction. America's allies are now contributing more to our common defense, also strengthening our strongest alliances. We also continued to clarify that the United States will no longer tolerate economic aggression or unfair trade practices.

At home, we have restored confidence in America's purpose. We have recommended ourselves to our founding principles and values ​​that have made our families, communities and societies so successful. The works are returning and our economy is growing. We are making historic investments in the United States Army. We are strengthening our borders, building fair and reciprocal commercial relationships and defending American sovereignty without apology.

Trump promised to make others pay for the suffering of Americans (unemployment, welfare almost non-existent). Because American citizens ask to be normal, to be able to live on well-being, to be a nation like many others.

Trump therefore seeks another mandate, the second, to continue his restoration work on the American dream.

The strengths of his first term are three: reduction of the trade deficit; downsizing of the American military presence in the world; immigration restriction.

In reality, all these promises have not been kept.

All economic indicators indicate that the U.S. trade deficit has increased, under the Trump administration. Public debt has continued to rise, passing it on to other nations (allies and competitors), who are forced to purchase US government bonds.

The American troops in the world have undergone an increase, from Syria, to the Persian Gulf, to sub-Saharan Africa, to Oceania, to the Pacific, to Europe.

Immigrants to the United States have increased by over a million. This is inevitable because the American Empire needs immigrants to keep its society young and violent (they are assimilated as non-integrated), the opposite, therefore, of the European one.

But if the imperial nature is involuntary, it cannot voluntarily end. The United States cannot stop being a superpower and withdraw from the world, it is a matter of status. If they did, the United States would be attacked by other states, which would like to take their place and avenge the violence they have suffered.

Photo: The White House / US DoD / US Army

The American military device, in recent years, is undergoing a profound restructuring in order to face ...
1818
Read

The fast multi-role vessel Project 02510 entered service on November 24 with the Baltic Fleet of the ...
1972
Read

The IRINI mission - launched last year by the European Union to support the UN embargo, aimed at blocking the ...
3526
Read

The hull of the icebreaker ship Evpatiy Kolovrat, the class leader of Project 21180M, was set up at Almaz ...
866
Read

Only 5 years ago the Turkish press was promoting the new ALTAY national battle tank as the most modern MBT in existence ...
3659
Read

According to a press release released on November 23, 2020, Huntington Ingalls Industries Shipyards have ...
1006
Read

After 48 years to protect the skies of Japan on November 20 they were officially withdrawn from service ...
1480
Read