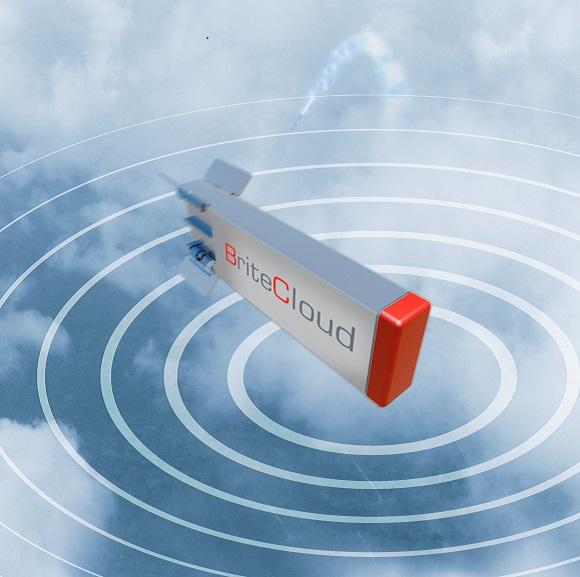 A test was recently completed which saw the German Armed Forces launch the decoy BriteCloud 218 Leonardo from an Airbus target drone, used as a test bed to evaluate its potential to protect aircraft from radio-guided missiles. The test, conducted with the support of Airbus, Leonardo and the German analysis and test company IABG, saw the launch of the BriteCloud 218 from the target drone during the flight; thus the aircraft successfully avoided semi-active radar-guided missiles.

Il BriteCloud is a flare-sized electronic device that protects aircraft from the most modern radio guided missiles. Launched from a standard countermeasures dispenser, it transmits powerful radio emissions that simulate the missile's expected target, thus attracting the threat to the BriteCloud, away from the platform. The system is a world first, with Leonardo the only company to have successfully brought this sophisticated jamming technology to the size of a flare.

The test with the German Armed Forces represents the first launch of the BriteCloud from an RPATS (Remotely Piloted Air Target System) platform. With remotely piloted systems becoming more and more important assets, the focus is on protecting them from attack. BriteCloud, which does not require integration interventions, represents an advantageous solution also for equipping drones with the latest generation of jamming capabilities. The system is much more effective than traditional chaff countermeasures (reflective radar), thanks to an on-board computer that implements the latest electronic warfare technologies to protect against current threats.

The variant BriteCloud 218 used in the test incorporates this technology into a standard rectangular countermeasure enclosure. This means it is compatible with a number of commonly used dispensers, such as the AN / ALE-47, significantly increasing the defenses of previous generation jets such as F-15 and F-16, as well as remotely piloted platforms.

Il BriteCloud 218 it is currently engaged in the US Foreign Comparative Testing (FCT) program, led by the US Air National Guard (ANG), which could lead the System to come into line with the USAF Air Combat Command and other US units. Meanwhile, the BriteCloud 55 by Leonardo, slightly larger and compatible with 55mm dispensers such as those of the Eurofighter Typhoon and Gripen, is in service with the Royal Air Force.

Drones to transport drugs, plasma, organs and medical devices. Lazio is one of the first Italian regions to ...
31
Read

On the occasion of the twenty-year operational anniversary of the Joint Organization for Cooperation in the field of Armaments (OCCAR ...
86
Read

Leonardo and Aeroporti di Roma announced, on the occasion of the World ATM Congress which has just ended in Madrid, ...
259
Read