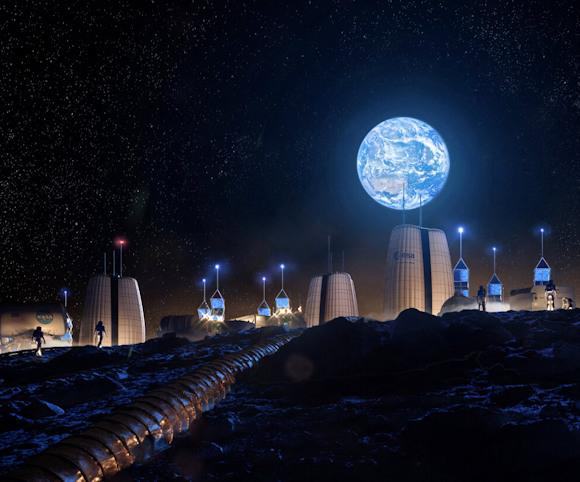 To land on the Moon the satellite communication and positioning services that we use every day on Earth. This is the goal of the advanced feasibility study that the European Space Agency (ESA) has entrusted to an international consortium led by Telespazio, a joint venture between Leonardo (67%) and Thales (33%), in the role of large mission integrator.

The study is part of ESA's Moonlight initiative, which aims to create financially sustainable Lunar Communications and Navigation Services (LCNS) and related infrastructure for lunar exploration. After the study phase, ESA intends to select an operator for the management of the LCNS system and the provision of services.

The contract between ESA and Telespazio was signed today during a digital event attended by Elodie Viau, Director of Telecommunications and Integrated Applications of ESA, David Parker, Director of Human and Robotics Exploration of ESA, Paul Verhoef, Director of the Navigation Department of ESA, Luigi Pasquali, Chief Executive Officer of Telespazio, and Giorgio Saccoccia, President of the Italian Space Agency (ASI).

The consortium includes satellite operators Inmarsat and Hispasat, manufacturing companies such as Thales Alenia Space (a joint venture between Thales at 67% and Leonardo at 33%), OHB and MDA, ALTEC, with the involvement of SMEs such as Nanoracks Europe and Argotec, universities and research centers such as SEE Lab SDA Bocconi and Politecnico di Milano.

The study will define the architecture and the service provision model for the future development of a complete system (end-to-end), which, leveraging terrestrial infrastructures and space assets such as satellites, is able to guarantee services to different platforms in orbit around the Moon or on its surface, such as rovers, landers or lunar bases, which will be used in future missions. In fact, it is estimated that in the next 10 years there will be 80 public and private initiatives dedicated to lunar exploration. The proposal of the consortium led by Telespazio therefore responds to ESA's desire to define an infrastructure capable of supporting the demands and needs of both global space agencies and private and commercial companies which, in the not too distant future, will create a real "Lunar Economy". For this, the project provides for the creation of different standards and service models for lunar missions based on the analysis of the market of the next few years and the needs of users.

The project will also explore the possibility of making the LCNS system interoperable with LunaNet, the NASA infrastructure currently under development that will support the Artemis program.

- A data-driven approach to design and manufacturing processes. This is the new model launched by ...
510
Read

The German armaments giant has formalized the offer to Leonardo for the acquisition of 49% of the shares ...
13123
Read

Elettronica SpA has acquired 70% of EltHub, a newco established by G&A Engineering Srl with the contribution of its ...
461
Read