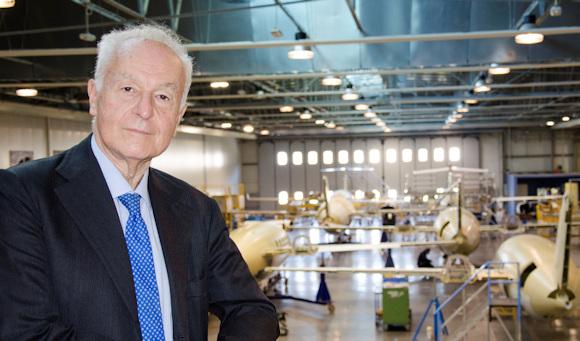 A few days after the announcement of the sale of a P.180 aircraft to a US customer, a new contract worth around 35 million euros, of which 3,5 million, arrives for Piaggio Aerospace, and in particular for its Engines division. millions for optional performance. The Ligurian company announced today that it has signed a contract with the Ministry of Defense for the maintenance of the Rolls-Royce GEM MK1004 engines, mounted on the AW129 “Mangusta” helicopters supplied to the Italian Army.

More in detail, the nine-year contract - stipulated with the Directorate for Aeronautical Armaments and Airworthiness headed by the Dicastery - commits Piaggio Aerospace to carry out repair, inspection and maintenance of the turbine engine also in the operational areas , and to carry out technical analyzes and investigations on the propulsion system. Piaggio Aerospace will also guarantee the related logistical support.

"With this contract, Piaggio Aerospace's support activity for the engine component of the Armed Forces is further strengthened, thus making the project to make the company one of the national centers for the maintenance of the engines of institutional fleets even more concrete", commented Vincenzo Nicastro, Extraordinary Commissioner of Piaggio Aerospace. “The company's order book is also significantly enriched, which the Extraordinary Administration will soon have to entrust to the management of a new owner. In fact, in the coming weeks ", Nicastro continued, "I count on being able to identify the person deemed most suitable to make the most of all the potential that the company knows how to express and - after the necessary authorizations - to fully manage the relaunch process".

Piaggio Aerospace is a Rolls-Royce licensee for the GEM MK1004 engine and has collaborated in the drafting of the logistical and maintenance plans necessary to meet the operational needs of the Italian Army.

Leonardo today signed a Letter of Intent with the Ministry of Defense (MoD) of Luxembourg and Skydweller Aero ...
7292
Read

The German armaments giant has formalized the offer to Leonardo for the acquisition of 49% of the shares ...
13072
Read

Leonardo today announced a further expansion of its helicopter support services in Europe with the ...
541
Read