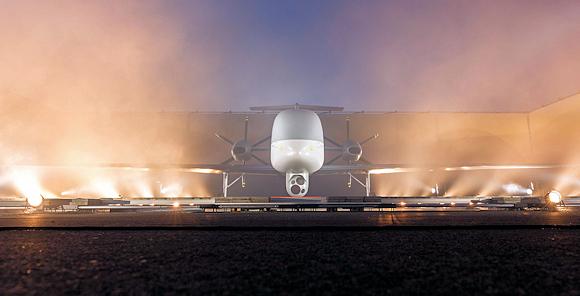 Apparently, after more than two years of negotiations, Germany, France, Italy and Spain have announced the green light for the development of the EUROMALE program.

The OCCAR (Joint Organization for Cooperation in the field of Armaments) has communicated the conclusion of the negotiations and, in the coming weeks, the contract for the construction of the first 20 UCAVs will be signed.

The program started 5 years ago, immediately generating problems about the specifications that the new drone must have. Above all, the differences in requirements between Germany (leading country in the project) and France slowed the start of the program.

In the end Berlin won, which focused on the creation of a twin-turboprop UCAV with a very traditional aerodynamic formula (from the information leaked the EUROMALE should have a take-off weight of 11 tons, a wingspan of 26 meters and length of 16 meters). The maximum speed should be around 500 km / h.

The EUROMALE will be equipped with 4 wing attachment points for the transport of weapons (probably the installation of stand-off missiles) and pods for surveillance.

The problem is that in the end we will have little more than a REAPER, a far cry from the performance of the RQ-4 GLOBALHAWK.

What Europe really needs, also considering the operational scenarios that are emerging, is a UCAV capable of penetrating and suppressing anti access bubbles A2 / AD. So it would have been appropriate to focus on a project, perhaps smaller in size, but with a single jet engine and an aerodynamic line stealth.

The AW139 will be the new helicopter to transport the President of the Republic of Colombia. Characterized by a ...
759
Read

The RAAF further enhances its maritime surveillance capabilities by bringing the P-8A Poseidon fleet to 14 ...
1185
Read

After being selected in the framework of PESCO (PErmanent Structured COoperation) and therefore financed by ...
5877
Read

New technologies and features to be applied in a new arena: the "drone game" takes shape in view of the edition ...
764
Read