Home Industry Naval Group dictates the lines of the submarine ...

Naval Group dictates the lines of the submarine of the future 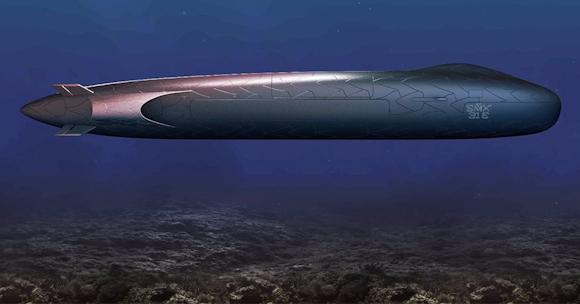 As with every Euronaval edition, the French manufacturer Naval Group presents a new submarine concept.

In general, this approach does not aim to satisfy an operational need expressed by the Armed Force but rather to demonstrate the possibility of producing new technologies by anticipating the scenarios of the next naval operations.

Already in 2016, Naval Group presented the SMX 3.0, a submarine project adapted to the "Generation Z", that is, which grew simultaneously with the rise of digital technologies. The idea was to integrate fully interconnected, reliable, secure, fast and scalable IT systems. And, unlike previous projects, this concept has not shown major structural changes with current submarines serving in major navies around the world.

For the 2018 edition of Euronaval, the Naval Group's design offices dared even more with the SMX-31 project, whose appearance has nothing to do with current submarines, or even with the concepts previously presented by the French manufacturer, such as the SMX-25, presented in 2010.

In fact, this SMX-31 appears to be the result of an evolution of the SMX-26 Caiman, which, presented in 2012, had the particularity of not having a turret. This idea has not only been revived, but also improved for this new submarine concept. 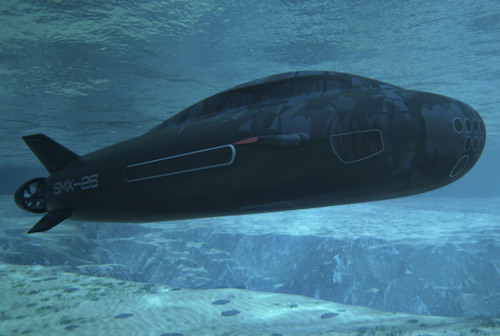 Considering that, in the future, it will be increasingly difficult for submarines to go unnoticed due to the proliferation of underwater surveillance means (drones, sensors, satellite observation, etc.), Naval Group engineers have therefore imagined a ship completely without a turret (which reduces the acoustic signature), equipped with two lateral thrusters instead of the traditional propeller.

As written on the Mer & Marine website, which was the first to expose the Naval Group's explanations on this concept. “The SMX-31 looks like a sperm whale, which has an" almost perfect hydrodynamic shape ". Hence its very fluid lines, thanks to a new architectural approach, which gives it greater strength, as well as the possibility of landing more easily on the seabed. This offers several advantages, starting from that of hiding or even staying in an area for a long time to gather intelligence thanks to its “powerful acoustic, optronic and electromagnetic sensors”, underlines the industrialist.

What the SMX-31 loses in height, it partially gains in width, its wingspan is 13 meters for a length of 70 meters and a displacement of 3.000 tons. Its coating, essential for discretion, is in the form of flakes which, made of a special material, integrate sensors.

The submarine will also be able to use robots and drones for information gathering. Compared to current submarines, it would be able to monitor a surface ten times larger.

In terms of propulsion, the SMX-31 uses fuel cells and batteries based on lithium-ion technology. The capacity of the latter would be six times greater than that present on the market today. Enough to give him the opportunity to dive for 40 days, sailing at a cruising speed of 6 knots.

From the point of view of weapons equipment, the SMX-31 can carry up to 46 weapon systems, including SCALP NAVAL cruise missiles (maximum range of 1.600 km) and MM-40 EXOCET anti-ship, F-21 heavy torpedoes. Note that it would also be capable of carrying around fifteen raiders for special operations. A short-range surface-to-air missile system (derived from the conversion of an air-to-air missile) is also conceivable.

After being selected in the framework of PESCO (PErmanent Structured COoperation) and therefore financed by ...
5921
Read