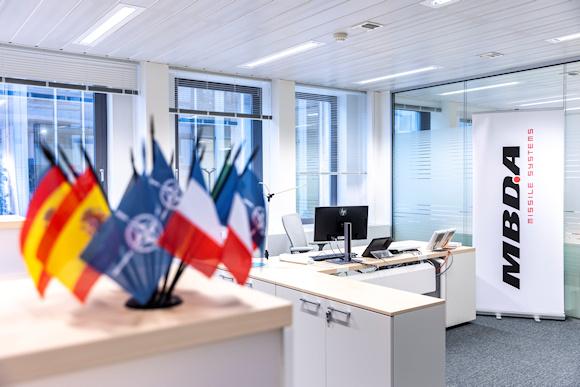 MBDA yesterday inaugurated its new permanent headquarters in Brussels, strengthening its multinational presence at the institutions of the European Union (EU) and NATO, so as to better support their initiatives aimed at ever greater cooperation in the European defense sector .

Eric Béranger, CEO of MBDA, said: “MBDA fully supports the EU and NATO goal of deepening defense cooperation initiatives between participating countries. MBDA represents a successful, one-of-a-kind model of an integrated European defense company. With over 12.000 collaborating employees in France, the UK, Italy, Germany, and Spain, our European presence gives us the necessary critical mass to compete on the global market. Over the last 20 years, MBDA has accumulated extensive experience in international cooperation and with the new headquarters it wants to contribute to the collective success of the European Defense agenda both in the EU and in NATO. Fundamental to this objective are the cooperation programs, which represent the 'engine' for the creation and consolidation within the European defense ecosystem of successful champions such as MBDA ".

The EU is making rapid progress in realizing its ambitions for European defense in all its institutions. MBDA is at the center of these objectives, leading two projects related to missile systems developed in the context of permanent structured cooperation (PESCO - Permanent Structured Cooperation): the BLOS (Beyond Line of Sight) project and the TWISTER - Timely Warning and Interception with Space-based TheatER surveillance).

MBDA also actively participates in numerous initiatives within the PADR (Preparatory Action on Defense Research) and EDIDP (European Defense Industrial Development Program). These are precursor programs of the EDF (European Defense Fund), the European Defense Fund operational today, which will accelerate collaboration for the development of new priorities in terms of capacity, and will integrate national funding for projects with high added value. at European level.

NATO's new strategic roadmap for 2030 will increasingly be the central platform for transatlantic consultations in the defense sector. NATO's needs are demanding in terms of capability and interoperability. Establishing cooperation structures, such as Ground Based Air Defense (GBAD), will help shape common requirements to meet operational needs. Furthermore, the prospect of new budgetary tools for the development of cutting-edge and ultra-innovative technologies - such as the NATO Innovation Fund and NATO's DIANA (Defense Innovation Accelerator of the North Atlantic) Fund - represent promising opportunities for a company oriented towards the innovation like MBDA.