Home Industry Leonardo and LACROIX sign an agreement of c ... 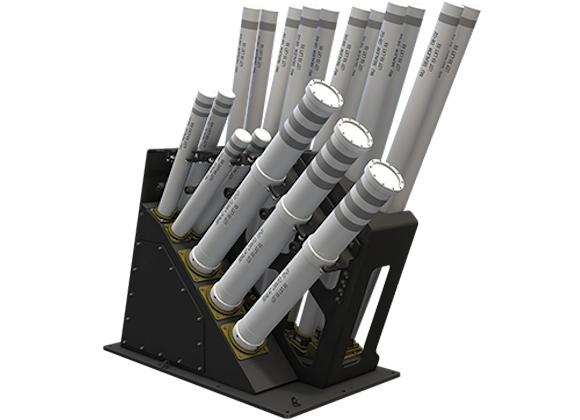 Leonardo and LACROIX have signed a strategic agreement to develop new technologies and business opportunities in the naval countermeasures sector. The first result of this collaboration is the SYLENA Mk2 / MJTE, a solution that arises from the integration of the SYLENA MK2 launch system by LACROIX and the anti-torpedo countermeasure MJTE by Leonardo.

The MJTE (Mobile Jammer Target Emulator) is Leonardo's new generation solution capable of reproducing the dynamics and acoustics of the launching platform and, at the same time, of creating a broadband noise, with the aim of generating false targets and thus allowing the platform to carry out effective evasive maneuvers. Compared to the previous solutions, MJTE allows a consistent number of defensive actions at low cost; it can also be launched at a short distance. The MJTE is part of Leonardo's new anti-torpedo suite, which includes the towed sonar Black Snake, the reaction software for calculating the release times of countermeasures and the mackerel route and the new OTO Decoy Launching System 20 (ODLS20).

The cooperation with LACROIX further expands the functionality and efficiency of the MJTE countermeasure which, using a compact and lightweight launch system such as the SYLENA MK2, can also be used by small and medium-sized platforms.

Andrea Padella, Head of the Defense Systems Business Unit, Electronics Division of Leonardo, commented: “The agreement confirms Leonardo's ability to know how to interpret, respond and often anticipate market needs. The synergy with LACROIX will expand business opportunities, allowing the use of Leonardo's sophisticated anti-submarine countermeasures even in the presence of stringent installation constraints that require compact and lightweight launch systems equipped with Anti-Air Warfare capabilities at the same time ".

Leonardo is committed to supporting and defending people and communities around the world, thanks to its leadership in next generation technologies. Collaboration with other industries, governments and individuals, aimed at offering the best security capabilities, is part of the 'Be Tomorrow - Leonardo 2030' Strategic Plan.

“In line with the work already underway to integrate SYLENA into Leonardo's Athena-C Combat Management System, the collaboration with the company in underwater systems is a natural step in the evolutionary path of our solutions. The partnership with one of Europe's leading high-tech defense industries demonstrates the maturity of our products and the unparalleled modularity and versatility of our range of systems ", said François MOULINIER, Chief Operating Officer of LACROIX Defense.

In responding to the needs of its customers, since 2012 LACROIX has developed a series of next-generation Decoy Launching Systems (DLS) involving various naval platforms, from patrol boats equipped with the SYLENA Lightweight to destroyers carrying the SYLENA MK1 and MK2, increasing resistance significantly. SYLENA launchers are able to integrate the latest generation of SEACLAD® ammunition, radar reflectors and IR decoy, as well as ASW (Anti Submarine Warfare) solutions with the SEALAT dedicated to the SYLENA MK2.

SYLENA MK2 DLS, the world's first static anti-missile system using both radar reflectors and torpedo countermeasures, maximizes ship protection with highly reliable, cost-effective equipment. The ability of the SYLENA DLS static launcher to launch mortars without any pneumatic constraints, the low footprint on the deck together with a low kickback force, allow for limited acquisition and integration costs. Several Marines have already adopted this system to equip and upgrade their ships.

After being selected in the framework of PESCO (PErmanent Structured COoperation) and therefore financed by ...
5920
Read