Leonardo: contract with Mercy Flight Central in the USA for the AW119Kx helicopter for helicopter rescue tasks 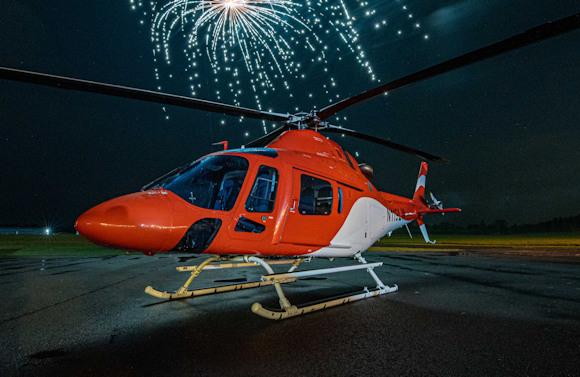 Leonardo announced today the signing of a contract for four AW119Kx helicopters in the IFR version (Instrument Flight Rules - able to operate according to the rules of instrument flight) with the operator Mercy Flight Central, based in the western part of the State of New York, in the USA, where it provides helicopter rescue services. Delivery of the first unit is expected in 2022.

The new helicopters will carry out patient transport missions with first aid capabilities during transfer flights within a radius of 240 km. In its most recent version, the AW119Kx is the first single-engine helicopter in the world in recent decades to be able to operate under the rules of instrument flight and will allow Mercy Flight Central pilots to fly safely in poor visibility and in difficult weather conditions in the region. , thanks to Genesys Aerosystems' advanced avionics and redundant flight systems.

In this variant, the AW119Kx represents the ideal choice for commercial operators, or those providing public utility services, looking for the highest standards of safety and performance in carrying out complex missions, while maintaining the low costs of single-engine helicopters. The AW119 features the redundancy of the main systems and the space in the cabin typical of twin-engine machines, guaranteeing extraordinary reliability and safety.

“We are delighted to introduce the AW119 to serve our communities,” said Jeff Bartkoski, President and CEO of Mercy Flight Central. "This helicopter will allow us to reach patients with greater safety and more capacity allowing us to enhance our service in the coming decades."

“We are delighted with our collaboration with Mercy Flight Central,” added William Hunt, head of Leonardo's helicopter division in the US. “The acquisition of the IFR variant of the AW119 will be a substantial contribution to rescuers engaged in flight activities in difficult weather conditions, while providing great versatility for the transport and care of patients in the cabin and enhancing the extraordinary assistance that the 'operator supplies to his community ”.

- A data-driven approach to design and manufacturing processes. This is the new model launched by ...
544
Read