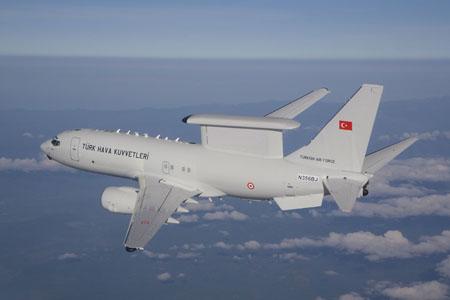 The order provides for the delivery of a total of four AEW & C aircraft.

"The Peace Eagle program is an example of great collaboration between the Turkish government and our associates such as Turkish Aerospace Industries, Havelsan, Turkish Airlines and MiKES," said Mark Ellis, Boeing program manager for the Peace Eagle project. "The aircraft can be made operational immediately as the initial training of mission systems operators, maintenance crews and pilots has already been completed."

Boeing delivered the aircraft to the Konya base, the fleet's main operations headquarters.

Two more aircraft will be delivered within the year, the fourth in the 2015.

A delegation of Segredifesa, chaired by the general of the army corps Luciano Portolano, general secretary of ...
1201
Read