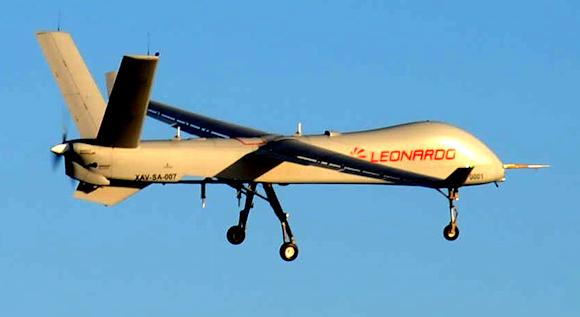 The Falco Xplorer, Leonardo's new remotely piloted aircraft, successfully made the first test flight. The drone took off from the Trapani-Birgi air base on January 15, flew over the Gulf of Trapani in a dedicated air space for about 60 minutes and finally returned by landing safely. This is an important result, also achieved thanks to the technical and engineering support provided by the Flight Experimental Department of the AM in the flight planning and related activities phases. The new Remotely Piloted Air System - RPAS, which combines persistence characteristics in flight for over 24 hours with payload capacity up to 350 kg, will now begin a test campaign to evaluate the entire range of aircraft capability, including on-board sensor system. These tests will also certify the airworthiness, i.e. the fitness to fly, of the Falco Xplorer according to the NATO STANAG 4671 standard, greatly expanding the territory on which the drone can operate. 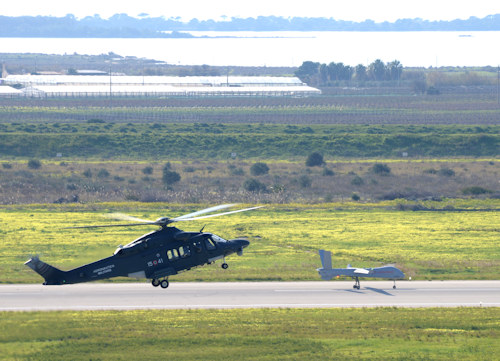 The Falco Xplorer was first presented at the Paris Aerospace Salon last year. It has been designed to provide military and civilian customers with strategic surveillance capabilities and can be offered both as an integrated system and as a fully managed and operated service by Leonardo. With a maximum take-off weight of 1,3 tons and an operating altitude of over 24.000 feet, the system is a valid and effective tool for ISR (Intelligence Surveillance and Reconnaissance) missions. Further versions of the Falcon have been chosen by the United Nations and Frontex, the European border and coast guard agency.

The design of the Falco Xplorer is based on the operational feedback received from customers of the Falco aircraft family. The new system is equipped with a powerful suite of sensors made by Leonardo, which includes the Gabbiano T-80 multimodal surveillance radar, the SAGE electronic intelligence system, an automatic identification device for maritime missions and an electro-optical turret. An optional hyperspectral sensor also allows for maritime and environmental monitoring. The satellite connection functionality allows operations beyond the line of sight and, thanks to an open architecture, it is possible to easily integrate third-party sensors. Not subject to the restrictions of the International Traffic in Arms Regulations (ITAR) and compliant with the criteria for the Missile Technology Control Regime (MTCR) class II, Falco Xplorer can be exported all over the world.

The Falco Xplorer is designed by Leonardo, from the fuselage to the sensor suite, the mission system and the ground control station. A feature that confirms the company's ability to provide complete, effective remote pilot solutions, capable of responding to customer needs both in technological and commercial terms.

Leonardo has announced the entry into service at the African Navy of two King Air 350ERs in Maritime configuration ...
1148
Read

GE Catalyst ™, the GE Aviation turboprop engine designed and developed from scratch in Europe thanks to the contribution of 6 States ...
2673
Read