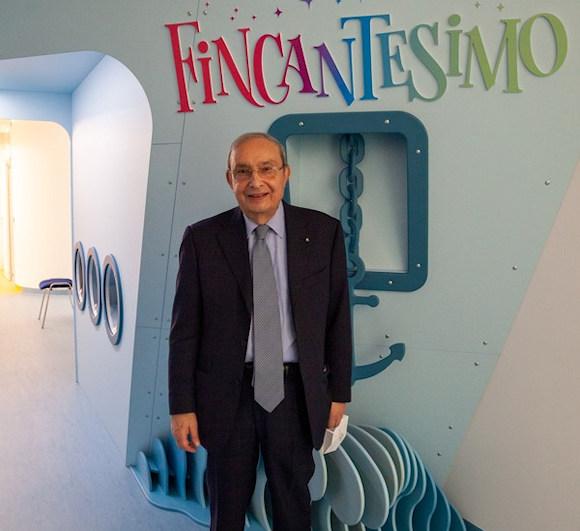 At the headquarters of the Merchant Ships Division di Fincantieri “Fincantesimo” was inaugurated this morning, the company's first company crèche, which will host children from the start of the 2022/2023 school year.

Present were, among others, Giuseppe Bono, CEO of Fincantieri, who strongly wanted the realization of this initiative, Carlo Cremona, director Human Resources and Industrial Relations of the Group, and Luigi Matarazzo, general manager of Merchant Ships Division.

Despite the pandemic, Fincantieri has hired more than 1.400 in the last three years, especially young people who have further lowered the average age of the company population. During 2021, the company carried out an internal survey to verify the interest in nursery schools, receiving highly positive feedback that led to the development of the project.

The kindergarten will be able to accommodate 38 children, both children of Fincantieri employees and workers of related companies. The cost of the service will be borne by the company, with the exception of a monthly fee, differentiated according to ISEE bands, which will be borne by the parents of the children welcomed in the structures.

In case of available capacity, the service can also be extended to the local community.

The event is part of the agreement for the construction of company nurseries in support of parenting signed last January by Fincantieri with the Minister for Equal Opportunities and the Elena Bonetti Family and the general secretariats of FIM, FIOM and UILM.

The next nursery school will be the one for the employees of the Monfalcone shipyard, which will be placed in the former Albergo Operai, a symbolic place of Fincantieri's historical link with the territory. The start of the works is scheduled between the end of 2022 and the beginning of 2023. The implementation of the project will continue subsequently with the gradual activation of the service in the other sites of the company.

- A data-driven approach to design and manufacturing processes. This is the new model launched by ...
513
Read

The German armaments giant has formalized the offer to Leonardo for the acquisition of 49% of the shares ...
13124
Read

Elettronica SpA has acquired 70% of EltHub, a newco established by G&A Engineering Srl with the contribution of its ...
462
Read